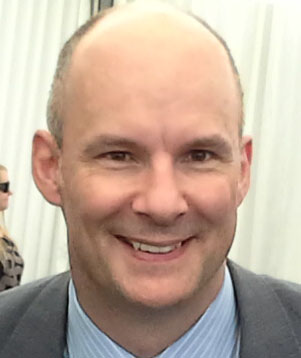 Submit manuscript at https://www.scholarscentral.org/submissions/world-pharmacology-toxicology.html or send as an e-mail attachment to the Editorial Office at [email protected]

World Journal of Pharmacology and Toxicology is proficiently supported by a globally eminent Editorial Board. All manuscripts are subject to unbiased rigorous peer review process so as to ensure the quality and originality of the work. In addition to Original Research Articles, the Journal also publishes high quality Commentaries, Reviews, Clinical studies and Perspectives from pioneers in the field, aimed at highlighting new theories and strategies for toxicity management.

World Journal of Pharmacology and Toxicology follows single blind peer review process for validating the quality and worth of each received manuscript. Review process is performed under the aegis of the Editorial Board members of the Journal. After primary quality check each article is reviewed by the outside experts under the guidance of the assigned Editor. At least two independent reviewers approval followed by Editor approval is mandatory for acceptance of any submission.

The team at World Journal of Pharmacology and Toxicology takes immense pride in providing the authors with an efficient and streamlined publishing process. The Journal has a rapid turn-over of articles; the authors have the benefit of seeing their articles published online in the “Articles in press” section as soon as they are accepted. World Journal of Pharmacology and Toxicology therefore, provides a unique platform to dedicated scholars for sharing their findings on an array of toxicology research.

It is the branch of pharmacology which relates with the study of drugs for the treatment of dental diseases. The common drugs are antibiotics, analgesics, anti-inflammatory drugs and anti-periodontitis agents. Dental Pharmacology includes oral hygiene, obtudents, Mummifying agents and drugs used for cavity and periodontal disease. Oral hygiene deals with the care of oral mucous membrane and teeth it includes. Sialagouge includes salivary secretion. Obtudents are the agents which are used to reduce the dentine sensivity to reduce the pain of excavation. Mummifying agents are used to harden and dry the tissue of pulp and root canal to give aseptic condition to tissue.

Applied-Toxicology deals with the fundamentals in toxicology and risk assessment, including the most important databases. It is a branch of Toxicology in which technical principles and procedures are utilized, usually together with other methodical or technical disciplines to regulate the physiological effect or safety of an administered product.

Aquatic toxicology is the study of the effects of chemicals and other anthropogenic and natural materials and activities on aquatic organisms at various levels of organization, from subcellular through individual organisms to communities and ecosystems.

Biochemistry is the study of chemical processes going on in the body. It is closely related to molecular biology. Biochemistry deals with structure, functions and interactions of biological macromolecules like proteins, nucleic acids, carbohydrates and lipids.

Biomedical Toxicology is an interdisciplinary field of biomedical sciences that deals with the effects and mechanisms of actions of toxic substances from a variety of perspectives with an aim to evaluating their potential harmful effects.

Clinical Toxicology is the discipline within toxicology which scientifically studies research, identification, diagnosis, prevention and treatment of diseases caused by substances such as drugs and toxins. It deals with the adverse effects of toxicants.

Drug Toxicology deals with the drug toxicity which occurs when an individual has accumulated too much of drug in his bloodstream. It studies the adverse effects to the body caused by drug toxicity, it also studies the Adverse Drug Reactions (ADR’s).

It is a multidisciplinary field of sciences that deals with the study of impact of harmful effects of various chemical, biological or any physical agents which acts as toxicants to the living organisms and ecosystem. Ecotoxicology is the sub-discipline of environmental toxicology concerned with studying harmful effects of toxicants at the population and ecosystem level

Food Toxicology is the study of nature, properties, effects and detection of toxic substances in food and their disease manifestation in humans. Food toxicology emphasizes harmful effects of chemical, biological and physical agents in biological systems that establishes the extent of damage in living organisms.

Pharmacology deals with the study of actions of drugs in the body and how they affect the living organism. It studies the interactions that occur between a living organism and chemicals that affects normal or abnormal biochemical functions. Pharmacology has two main areas like pharmacodynamics- which deals with what drug does to the body, pharmacokinetics- which deals with what body does to the drug.

Neurotoxicology is the science that studied adverse effects of naturally occuring and synthetic chemicals called neurotoxins on the structure and functions of nervous system.
Neurotoxicity can also results from exposure to substances that are used in chemotherapy, radiation treatment, exposure to heavy metals, certain food additives, pesticides, cometics etc.