Copyright: © 2013 Varadharajan D, et al. This is an open-access article distributed under the terms of the Creative Commons Attribution License, which permits unrestricted use, distribution, and reproduction in any medium, provided the original author and and source are credited.

Zooplanktons have a limited ability to control their fine-scale distribution in the water column, but they are also at the mercy of oceanic currents and water movements. The distribution and abundance of zooplanktons are strongly influenced by many factors. The present study consists of 26 species at three different stations. In this study, maximum of these species are found in station-3, i.e., Pichavaram, than the other 2 stations. The species recorded in the present study belongs to families: Foraminifera (9), Calanoida (6), Cyclopoida (4), Appendicularia (4) Hydroida(1), Rotatoria(1) and Sagittoida(1). The zooplankton production gradually decreases with increasing depth, where the offshore stations yield less abundance than the coastal waters stations.

Zooplanktons are tiny animals found in all aquatic ecosystems, particularly the pelagic and littoral zones in the ocean. They are one of the primary consumers of the ocean and grazes on the phytoplankton. They themselves are an important food source for large animals [1] and are important in the remineralization and transport of nutrients [2] which is very important in the conservation of modern oceanic food webs [3,4]. Marine ecosystem of the estuaries and lagoon are among the most productive and zooplankton rich in the world [5]. High zooplankton biomass and productivity are related to the input of energy and matter from mangrove forests, which are the most common coastal vegetations in the tropics [6]. The species diversity and abundance of the community structure of the zooplankton is necessary to assess the potential fishery resource of a place [7]. Zooplankton provides an important food source for larval vertebrates and invertebrates in natural waters and in aquaculture ponds. It has been reported that in many countries the failure of fishing is attributed to the reduced zooplankton [4,5]. Zooplankton species distribution shows wide spatio temporal variations due to the different hydrographical factors on individual species. They also serve as good indicators of water quality as per the previous studies on zooplankton of Indian coastal environment [3,4,8-10]. The present study identifies the diversity and abundance of zooplankton in relation to physico-chemical parameters.

The distributions of zooplankton were investigated in three stations. The three stations were (Station-1) Poombukar, (Station-2) Pazhayar and (Station-3) Pichavaram at Tamil nadu, south east coast of India. The study was conducted from January 2011 to June 2011. Zooplankton samples were collected at monthly intervals from the surface waters of the study area. In all the three stations, samples were collected by horizontal towing of plankton net (0.35m mouth diameter) made of bolting silk (No.10, mesh size 158μm) for half an hour. These samples were preserved in 5% formalin [11] and used for qualitative analysis. Zooplankton standing stock was resolute by a counting method. The major taxonomic groups of zooplankton were determined under the light microscope with a magnification of 10x10. Samples were analyzed for determination of zooplankton diversity and abundance [12] and standard works of [13,14]. The species evenness, richness, diversity and index were calculated by using computer statistical software package,‘ECOSTAT’. Physico-Chemical parameters such as temperature, salinity, pH, dissolved oxygen, biological oxygen demand and nutrients were analyzed by standard methods [15].

Table 3: Water quality parameters in Poombukar during from January 2011 to June 2011.

Table 4: Water quality parameters in Pazhayar during from January 2011 to June 2011.

Table 5: Water quality parameters in Pichavaram during from January 2011 to June 2011.

Marine zooplankton functions at many levels in ocean food webs, as consumers, producers and prey. Ranging in size from microns to centimeters and meters, they are also major contributors to elemental cycling and vertical fluxes. The zooplankton production gradually decreases with increasing depth, where the offshore stations yield less abundance then the coastal waters [3-5]. The high rate of zooplankton productions influences enrichment of organic matter and plays a vital role in secondary and tertiary productions, represented by young instars of fishes. The survival of the young of herbivorous finfish and shellfishes such as tilapia, sardinella and mud crabs and shrimps may depend on the availability of abundant littoral zooplankton and benthos aided by omnivory and high ecological efficiencies [16,17]. Planktonic fish larvae prey on zooplankton and occasionally phytoplankton. Several families of finfish and shellfishes consume zooplankton wholly or partly in various stages of their life histories. There are thus crucial to achieving high finfish and shellfish yields in the tropics even if their role seems to be mainly through the young stages of fishes [5].

In the present study abundance and distribution zooplankton was found to dependent on water quality and coexisting biotic communities at given point of time. The temperature and plankton productivity are positively correlated. The variation of productivity is related to variation in temperature. Similar findings were reported by [3-5]. Temperature is an important factor which regulated the biogeochemical activities in the aquatic environment. Water temperature influences aquatic weeds, algal blooms [3] and surrounding air temperature [3,4]. The metabolic and physiological activities and life process such as feeding, reproduction, movements and distribution of aquatic organisms are greatly influenced by water temperature. Hydrogen ion concentration (pH) in surface waters remained alkaline throughout the study period at all the stations with maximum value during in the month of May and the minimum during in the month of March (Table 3-5). The high pH recorded might be due to the influence of seawater penetration and high biological activity [18] and due to the occurrence of high photosynthetic activity [19]. The salinity acts as a major ecological factor in the distribution of living organisms and its variation caused by dilution and evaporation is most likely to influence the faunal distribution of the coastal ecosystems [20]. Presently, there were no such wide salinity variations, which observed between two stations between the months. The structure of associations of the zooplankton is indirectly linked with salinity, because the stability of the niches is controlled by its distribution. The distribution of various species undulates up and down the estuary depending on the salinity variations.

Biological oxygen demand of the study area have been increased from one station to another station with increasing distance from discharge point, the temperature is decreased, however oxygen level is increased with distance. It shows that temperature is affecting the dissolved oxygen level in water [21]. This may be due to several factors, the rise in temperature, increased biological activity, respiration of organisms and the increased rate of decomposition of organic matter. [10] has also reported similar pattern of monthly variations in BOD in the Arasalar and Cauvery estuaries. Chemical Oxygen Demand (COD) determines the oxygen required for chemical oxidation of organic matter with the help of strong chemical oxidant. In the present investigation maximum COD was recorded in the month March (station-3) and minimum was recorded in the month of May (station-2) were observed during the study month respectively due to low rainfall and increase in salinity, temperature, phytoplankton productivity and microbial utilization of oxygen at the time of decomposition. Nutrients are considered as one of the most important parameters in the marine environment by influencing the growth, reproduction and metabolic activities of living beings. Nutrients, more importantly the ammonia and silicate have emerged as the main factors controlling the phytoplankton growth reported by [22]. Distribution of nutrients is mainly based on the season, tidal conditions and freshwater flow from land source. In India, many studies on physico-chemical and biological water quality parameters and abundance of zooplankton have been carried out [3,4,23,24].

In the present study the most dominant copepod species were Acartia sp and Eucalanus sp. In general, copepod species flourished at different month of the year [13]. Cyclopoida was represented by Oithona sp. Microsetella sp and Macrosetella sp. The distribution of some Acartia species is known to be affected by temperature and salinity regimes [25,26]. Numerical abundance of copepods was also recorded by different coastal system of India [24,27]. Foraminiferans are key group and sensitive to environmental changes and they act as bioindicators of the ecosystem [28]. Globigerina rubescence, G.opima, Tintinnopsis cylindrica, T. rubulosa and Eutintinnus tenuis has revealed these species are dominant, others subdominant and still others rare. Zooplankton community is highly sensitive to environmental variation. As a result, change in their diversity and species abundance or community composition can provide important indications of environmental change or disturbance, hence, they are of ecological importance. Further the important factors that controlled the distribution of zooplanktons were rainfall, river discharge and salinity as opined by [29]. Since the monthly variations of zooplankton are related to a variety of environmental factors in aquatic environments [3,4] the approach adopted in the present investigation, namely to relate temporal changes in diversity to temporal changes in environmental conditions, resulted in the development of a better understanding of the nature of interactions between the zooplankton community and its environment in the different coast. 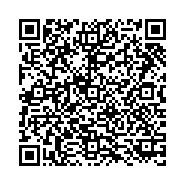