Department of Pharmaceutical Sciences, University of Hawaii at Hilo, USA

Copyright: © 2012 Wright AD. This is an open-access article distributed under the terms of the Creative Commons Attribution License, which permits unrestricted use, distribution, and reproduction in any medium, provided the original author and source are credited.

In one-way or other I have been involved in Marine Natural Products (MNPs), chemicals produced by marine organisms, discovery and related areas for thirty years. In this time the field has gone from one firmly grounded in the stamp collecting mentality to one now based on the idea that the oceans of the world are replete with chemical entities that will potentially cure all of the ailments that beset humanity. The reality actually lies a good distance away from what a relatively small group of academics would have the general population and funding agencies believe. Our oceans and seas abound with food mainly in the form of fish, crustaceans and algae. There are few if any countries that have a coastline that do not take full advantage of the bounty that their oceans have to offer. Each year millions of tons of fish, crustaceans and algae are harvested in the name of food and agriculture. Often, private organizations, industry, private individuals and countries have taken advantage of this resource to the point where complete fisheries have been devastated by over fishing in a few years, while others are constantly embattled by over exploitation, pollution issues and poor management practices. In other instances it was believed that aquaculture in one of its many forms would solve shortages of various fish species, salmon, tuna, and barramundi to name but a few. The results of these approaches are mixed but it is again evident that poor management practices and lack of forethought caused and continue to cause as many problems in this industry as they are solving. Indeed, in some areas of the world; Australia, Canada, Indonesia, the British Isles, and many others, these practices might be leading to a more rapid decline in native fish stocks due to introduction into the fishery of stable and growing populations of fish parasites that would normally only be present at levels that would affect only a few individuals rather than whole populations; this issue relates to fish living and completing their life cycles in regions where they were once only transient-migratory. In such instances, it seems investment is taking precedent over commonsense and sound scientific knowledge. Individuals who have invested heavily in such schemes clearly do not want to see their investment collapse and so argue that what is being seen is a natural phenomenon and nothing to do with the unnatural multimillion dollar monoculture ventures. Consequently, these ventures are allowed to continue.

By direct contrast, the MNP researcher who would like to sustainably collect relatively small amounts of examples of many marine organisms, for example; sponges, tunicates, sea slugs, and algae, for isolation of their MNPs is seen by many governments, and others with influence on government policy matters, as an unacceptable pillaging of the ocean and the genetic information therein to the point where they actually block the collection of such organisms by local and international scientists. Rightly or wrongly, this is done because somehow there is the belief that MNP researchers are in some way taking advantage of the oceans’ biodiversity for their own personal gain; in some cases this is surely true but in the majority of cases it is not. This approach, even with a few MNP researchers being motivated by financial reward, is somewhat confounding when the billions of dollars made by governments, companiesand individuals, often not local, from the unsustainable harvesting of millions and millions of tons of fish, crustaceans, and algae each year are seen as acceptable. Added to this is the completely unsustainable harvesting of marine organisms made into natural bath sponges and their like from various places around the world. These practices are depleting our oceans to such an extent that we are unlikely to know the outcome of our continued profligate activities until it is too late for many species to recover.

The probable reason MNPs researchers are seen in such a poor light is because of the one chance in a million that an individual, or more likely a group in collaboration with a pharmaceutical or similar end user company will discover a MNP that turns out to be a so called ‘block buster’ drug or similar chemical entity. This is every researcher’s dream but the likelihood of this happening is vanishingly small, since most research groups that work in the area are mainly in academia and they are typically without an industrial partner and have little or no concept of product development. Such groups tend to be driven by an academic leader who is mainly interested in their next publication and/ or grant to enable them to do more of the same, which is, dream about the potential ‘block buster’ that will never be, because they have no concept of the route to market.

This then raises a whole slew of issues relating to who should receive funding, particularly government funding in the MNP research area, and in the Natural Products (NPs) area generally. Answers to this and related questions are complex but if a group or organization is planning a discovery effort they should be able to demonstrate a route from planned discovery to market, and this should mean collaboration with an industrial partner. Until relatively recently, the last 15 years, industrial partnerships between NPs groups were relatively common. Today this is no longer the case, as industry seems to have lost NPs, especially MNPs, as a focus for their discovery and development pipelines. Industry, or more correctly, boardroom executives, are driven by numbers and dollars, not by longer term carefully considered research that might not have a yield in five or even ten years, but probably will in 10 -15 years.

With this withdrawal of industrial support researchers asking for government support for their researcher, who are unable to secure a collaboration with a development partner, should have to clearly demonstrate their research efforts have components related to resource value adding, environmental conservation, sustainable management practices, education and training, long term planning, germ plasm library creation, community service, creativity, new thinking, and their like. In this way everyone profits. New grant applications from academicians and Institutes who have received funding continuously for at least 10 years in the MNPs and NPs areas generally and who have mainly been prolific publicists and successful at obtaining external grants but who are unable to show genuine productivity should perhaps be viewed in a less positive light than similar application for researchers at an earlier stage in their career and those who can demonstrate genuine productivity.

In summary, our oceans and seas need to be protected from continued over exploitation. Part of the solution to this pressing problem will be the introduction of sound long-term management strategies that allow the bounties of these waters to be harvested in a totally ecologically sustainable way for future generations. MNP research of all types can play an integral role in helping governments and their agencies to develop sound management practices based on solid scientific information. Thus, well-founded, sustainable, minimally invasive MNP research should be enthusiastically encouraged at all levels to provide not only information for the scientists undertaking the research but also for policy makers. Funding for MNP research also needs to be significantly increased to ensure that our oceans and seas and the organisms that live in them and their potential to yield products of value in a totally sustainable way are thoroughly investigated. 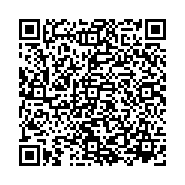