Hatchery technology and farming activities are available for bigger sized crabs (Scylla serrata, S. tranquebarica) for some extend but economically viable mass seed production technology is lacking for medium and small sized crabs in general and C. feriata in particular. Since C. feriata has great potential for aquaculture. Berried females are important for starting a commercial hatchery [1-5]. The berried females are not available throughout the year from the natural populations [2-4]. The production of berried females in a controlled condition is essential for that knowledge on mating behaviour is very much needed. Hence in the present study mating behaviour of C. feriata was studied under controlled condition in the laboratory.

The crabs for the present study were collected from the Parangipettai (Lat. 11°29’N and Long. 79°46’E) landing centre. The sexually mature live hard shelled male and female crabs were selected and kept together in a 20 liters plastic container with seawater and brought to the laboratory. Crabs were immediately acclimatized in sterilized and filtered seawater (salinity 30-32 ppt; temperature 26- 33°C; pH-7.6 to 8.3 and dissolved oxygen close to saturation 5-6 ppm). Initially the water level was maintained at 20 cm depth but the male struggled to carry the female and eventually turn her over for mating so the depth was increased to 35 cm. So that the male could easily lift the female and mate with her. Optimum environmental parameters were maintained during the experimental period (salinity 30-32 ppt; temperature 26-33°C; pH 7.5-8.5 and dissolved oxygen close to saturation 5-6 ppm). During experimental periods the crabs were fed twice a day with mixture of clam, squid and prawns at 10% of the body weight (daily morning and evening). The water quality was maintained by exchanging 50% of the water daily. The uneaten and excretory wastes from the tanks were removed during water exchange.

For convenient, the mating behaviour of C. feriata is divided into five phases as follows:

Pre-moult guarding (PMG): The hard shelled male crab introduced into the experimental tank along with female crabs at the verge of premoult stage. The female attract the hard shelled male. The male crab contact the female by move towards her and extending his bigger chelate in front of her without showing any other attracting courtship display as described in other brachyuran crabs.

The male after making contact with the female ultimately moved towards her and catch the female with the use of his chelae and embraces in a short while using his walking legs hold her beneath him to form a position called cradle-carrying position. During this position both animals are facing in the same direction. In general the male is active and aggressive but the female is defunct.The male crabs are generally in attacking mood but the female is not so when they were disturbed. Sometimes the pair is broken when disturbed but again reunited immediately in the same position. Both animals were eating during this period and movement also noticed. Premoult guarding is last for 92.0 hours.

Moulting (M): At the time of female’s moulting, the pair was separated from the cradle carrying position and subsequently the female start to moult. During this crucial juncture the male crab moves around the female crab and helps her to moult by removing the shell and also protect her from others still she attain normal hardness of the exoskeleton. Moulting last for 4.0 hrs.

Mating or copulation (C): Mating was initiated when the female’s exoskeleton is soft. The male crab became very active and rotates the female by using his walking legs and by using chelate he turned over her. The assistance rendered by the male crab, she positioned herself upside down beneath him and extends her abdomen exposing gonophores allowing the male to insert his paired gonopods into her genital pores. By this time male and female crabs are facing in opposite direction. The female is in reverse position, her lower side is directed towards the males ventral side and the abdomen of both are flung backwards. During copulation the male often walked around with the female attached to its ventral surface, holding her with third and fourth walking legs. The copulation lasted 7.28 hrs (Figure 1). The male crabs deposited spermatophores in the female’s spermatheca during mating was stored until the female is ready for extrusion. During the process of spawning or extrusion, the eggs are liberated from the ovaries passing through the seminal receptacles. In seminal receptacles the stored sperms are liberated from the spermatophores to fertilize the eggs and fertilized eggs are extruded through the gonophores present in the sternites of the sixth thoracic segments of third pair of legs and these eggs become attached to the smooth setae present in the endopodites of the four pairs of pleopods in the abdominal flab. The egg mass seggregated and carried on the abdominal flab is called as berry or sponge. The females carrying eggs is also called as berried crabs. The freshly extruded eggs are initially orange in colour and become black before hatched into zoeae. The spawning of the female took 17.62 days after copulation. The total mating sequence lasts for 119.00 hrs.

In general the male partner maintains many type of mating behaviour to attract the females. Teytaud [6] noted that pubertal C. sapidus female exhibit significant changes in particular behaviours like rocking and chelate waving when presented with a visual image of a crab and simultaneously exposed to water containing male odour. These types of movements were not observed in P. sanguinolentus and also in the present study [3]. Male blue crabs C. sapidus, has shown a courtship display in which they elevate their body by standing high on their legs, open their chelate and paddle their swimming legs. Jaroensatasinee and Jaroensatasinee [7] studied the courtship in U. paradussumieri. They have observed male display in the form of claw waving to attract the females to the burrows of males for mating. Lucas [8] suggested that the conspicuous colouring of some male Hymenosomatids might be evidence for visual displays. The portunid crabs, Ovalipes punctatus from South Africa, after pairing, the male would bury himself and the female in the sand with only their eyes protruding [9]. This type of behaviours had never been observed in the present study.

Cradle carrying is a pre-copulatory mate guarding behaviour which is required to guarantee a successful mating and to ensure paternity and is therefore of great ecological importance. Male mateguarding is energetically expensive and considered a measure of male fitness [10,11]. In C. sapidus pupertal females are frequently initiate the cradle carrying position themselves by approaching and repeatedly bumping against non displaying males [12]. This type of approach by pupertal female was not observed in P. sanguinolentus in the laboratory conditions [3]. In the present study the males only initiate the cradlecarry position by approaching the pupertal females and the pupertal females has not shown any sort of approach towards the male. The female is protected by a male before and after her pubertal moult by being grasped by the male’s first pair of walking legs and hold right side up in a cradle carry position under the male. The same behaviour has been reported previously in various crabs by Van Engel, Glesson and Johnson [13-15].

During the pubertal moult of female portunids, the abdominal flab changes from a triangular to oval shape and from being tightly to loosely fix to the cephalothorax [16-18]. Similar changes are also reported in the present study. In crustaceans, the female moulting and mating are intimately linked, postcopulatory mate guarding may also shield the post-moult females (and the males reproductive investment) from predators until her shell has hardened enough to offer protection [19-21]. Crustaceans are unique in mating is often coupled with female moulting [19,22], when females are especially vulnerable to predation and physically incapable of exerting control over mating. Guarding ensures that females are protected during their vulnerable moulting period, while males gain exclusive paternity of the offspring during the ensuring intermoult period of the females [19]. In the present study the male and female crab are separated from cradle carrying position before moulting and the male crab moves around the female crab during this crucial time and helps her to moult by removing her shell and protect until her exoskeleton is hardened. In many brachyuran crabs, the moulting cycle is an important activity during copulation hence the mating males are invariably hard, so that male gonopods must be able to successfully penetrate the female vulvae. Therefore, all males must have a hard exoskeleton in order to mate successfully. Typically, females are physically able to mate only when their exoskeleton is soft, immediately after moulting. It is very common in the crabs belonging to the families of cancridae and Portunidae [19,23-25].

The mating of C. feriata is basically corresponding with the pattern of brachyuran crabs [26], generally occurred between hard shelled males and soft shelled females [26]. Previously soft-female mating had been reported in crabs belongs to Portunidae [16,27]. Alternatively some species where multiparous females can mate in a hard-shell condition, there is often little pre-coupulatory guarding, but the male may guard the female for sometime following copulation. As females of these species are not especially vulnerable to predation, post-copulatory mate guarding is likely to result from male-male competition. This type of post copulatory guarding is not seen in P. sanguinolentus [3] but post copulatory guarding was observed in the present study. Mating was reported when the females were in hard shelled condition in Pugettia product [28], in goldan crab, Geryon fenneri [29], in Cyclograpsus lavauxi, Helice crassa, Hemigrapsus crenulatus, H. sexdentatus [30] and in portunid species T. prymna and T. sima [31]. In other crabs, such as C. pagurus and S. serrata, pair formation takes place just before the female undergo moulting [32].

The female spider crab of Inachus phalangium commonly extrude a brood shortly after mating [37], but may store sperm for over six months and fertilize as many as six broods before mating again [38]. Females usually extrude a clutch of eggs within 1-5 days of moulting, whether mated or not [39]. Both fertilized and unfertilized eggs attached to the pleopods; those fertilized are incubated for upto 2 years; those not fertilized are lost within 5-6 months of attachment [40-42]. The number of eggs extruded in each brood was defined as the reproductive success of females because egg loss through the breeding period is quite small [43] and almost all eggs extruded are fertile under natural conditions [44,45]. Laboratory rearing of sand crabs has shown that female sand crabs have to maturity moults and each of these moults can extrude upto four batches of eggs [46].

The male and female will form a pre-copula for eight to ten days before ecdysis of the female. After female ecdysis, when the female is soft shelled, copulation takes place over a six to eight hrs period [47]. The mating behaviour of C. feriata follows the typical portunid crabs patterns as described by Ryan [16], consists of three typical phases. They are precopulatory behaviour, ecdysis and mating. The precopulatory behaviour lasts 63 hrs, ecdysis lasts 96 minutes, mating took place more than 2 hrs and 30 minutes and spawning took place after 2 weeks [48]. But in the present study, premoult guarding is lasts for 92.0 hrs. Moulting lasts for 4.0 hrs. Pre-copulatory guarding lasts for 3.6 hrs. The copulation lasts for 7.28 hrs. Post copulatory guarding lasts for 12.12 hrs. The total mating sequence lasts for 119.00 hrs. The spawning of the female took 17.62 days after copulation. 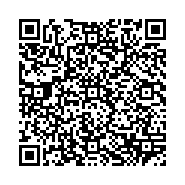