Although T cells are the primary and most-studied targets of the Human Immunodeficiency Virus (HIV), B cells, especially memory B lymphocytes, are also chronically depleted in the course of HIV disease. Although the lack of CD4+ T cell help may explain these deficiencies, intrinsic defects in B lymphocytes appear to contribute to B cell depletion and reduced antibody (Ab) production in the setting of HIV, especially of some antigens eliciting T cell-independent responses. The gut mucosal barrier is disrupted in HIV disease, resulting in increased systemic exposure to microbial products such as Toll-Like Receptor (TLR) agonists. The association of enhanced systemic levels of TLR agonists and B cell dysfunction in HIV disease is not understood. This review discusses the potential role of microbial TLR agonists in the B cell depletion, enhanced autoantibody production and impaired responses to vaccination observed in HIV-infected hosts. Increased microbial translocation in HIV infection may drive B cells to produce autoantibodies and increase susceptibilities of B cells to apoptosis through activation-induced cell death. Determining the mechanisms of B cell perturbations in HIV disease will inform the design of novel strategies of improve immune responses to vaccines, reduce opportunistic infections and slow disease progression.

Toll-like Receptor and its Ligands

TLRs represent a class of pattern recognition receptors that play a key role in the innate immune system. They recognize Pathogen- Associated Molecular Patterns (PAMPs) expressed by pathogens and distinctly distinguishable from any host molecules. TLR ligands are found in a variety of microbes (bacteria, fungi and also viruses) and provide, via TLR binding, a mechanism for early recognition of microbial invasion [1,2]. Thus PAMP activation is a component of the innate immune system, triggering production of proinflammatory cytokines and enabling initial antimicrobial immune responses [1,2]. Activation of PAMPs also plays a key role in shaping subsequent adaptive immune responses. There are 10 TLRs in human (Table 1). TLR1, TLR2 and TLR6 are triggered by peptidoglycan and other microbial products, TLR3 by double-stranded RNA, TLR4 by Lipopolysaccharide (LPS), TLR5 by flagellin, TLR7 and TLR8 by imidazoquinolines and TLR9 by unmethylated CpG DNA [3]. In addition to imidazoquinoline, TLR7 and TLR8 have been reported to recognize single-stranded RNAs, and possibly play a role in IFN-α induction in response to viral infections, such as HIV and influenza virus infection [4-6]. All TLRs, except TLR3, activate pathways dependent on the adaptor molecule (MyD88) which culminate in the activation of nuclear factor-kB (NF-kB) transcription factors. Mitogen-Activated Protein Kinases (MAPKs), Extracellular signal- Regulated Kinase (ERK), p38 and c-Jun N-terminal Kinase (JNK) [3,7]. These transcription factors function in concert to promote inflammatory responses (e.g., IL-6, IL-10 and TNF-a) [8-10]. HIV itself may also function as TLR ligands since RNA sequences derived from the retroviral genome are capable of signaling through TLR 7 and TLR 8 [6].

B cells and TLRs

Most B cell studies have focused on TLR9, the main TLR on human B cells, which binds to bacterial DNA [33-35]. It has been suggested that the repeated stimulation through unmethylated CpG may function to continuously stimulate B cells and maintain serologic memory in the absence of traditional protein antigens [36]. However, whether bystander nonspecific polyclonal stimulation of memory B cells contributes to the homeostatic maintenance of cellular and humoral memory remains controversial. Studies from Lee et al. [37] and Slifka and Amanna [38] show that vaccine induced antibody-secreting cells are vaccine antigen-specific, not bystander nonspecific B cell responses.

It has been demonstrated recently that switched and IgM positive memory B cells constitutively express TLR9 [36]. In this model, serum IgG antibodies constitute the specific memory with B Cell Receptor (BCR) signals, accrued through previous experience and vaccinations, whereas IgM antibodies may represent first-line memory [36]. There is a consensus that TLR ligands enhance antigen-specific B cell responses, [39] making them potentially effective vaccine adjuvants.

TLR Ligands and B cell Autoantibodies

We have shown that naïve B cells could also proliferate and produce IgM (not IgG) in response to CpG ODN (TLR9 ligand) independent of other cellular help [33,40]. Others show that IgG class which is induced among human naïve B cells in response to CpG ODN and IL-10 [41]. TLRs have been proven to induce autoantibodies and play a role in autoimmune diseases, [42-51] but in some setting have been implicated to prevent autoantibody production and autoimmune diseases. Increasing evidences suggests that immune complexes associated with self-DNA and -RNA can directly activate plasmacytoid DCs (pDCs) to produce high levels of IFN-α through TLR7 or TLR9, resulting in autoantibody-producing B cell activation [52,53]. Such TLR7/TLR9-mediated disorders play an important role in the pathogenesis of autoimmune diseases [47,54-57]. Moieties of HIV itself are also functional as TLR7 and TLR8 ligands, [6,27,58] and thus could potentially activate pDCs to produce IFN-α, and activate autoantibody-producing B cells. This argument might explain at least partially the high levels of IFN-α and autoantibody reported in HIV disease [27,44,45,47,59,60].

B cell Perturbations in HIV Disease

B cells may also be activated and functionally impaired by HIV itself. It has been shown that B cells from HIV-infected viremic patients carry replication-competent virus on their surface through CD21, a complement receptor [71]. There are also reports that virus bound to B cells can efficiently infect activated CD4 T cells and cause B cell dysfunction [71,81]. A study from Feng et al. [82] showed that HIV interacts with CXCR4 on the B cell surface and induces B cell apoptosis. HIV-1 nef protein can activate and stimulate B cells to differentiate [83,84] and may contribute to B cellpolyclonal activation resulting in hyperimmunoglobulinmia in HIV infection [65,85]. In contrast, a study by Qiao et al. [86] showedthat HIV nef protein directly inhibits B cell functional class switches. However, the mechanisms of HIVassociated B cell defects need to be further elucidated.

TLR Agonists and B cell Pertubations in HIV Disease

Loss of memory B cells and reduced production of antigen (Ag)- specific antibodies are typically seen in chronic HIV infection even though the humoral system is subjected to repeated and long-term stimulation through TLR agonists released from the gut [63,65,66,87,88]. This loss is not fully explained by desensitization because at the same time there is B cell polyclonal activation as reflected by increased total IgM and IgG levels [65,85]. Short-term exposure to TLR ligands (e.g., CpG ODNs) enhances immune responses and has adjuvant effects in healthy and HIV-infected individuals [29,65,1,85,89-92]. Humoral immune dysfunction in HIV disease is reflected by enhanced ex vivo B cell apoptosis with reduced Ag-specific Antibody (Ab) production and polyclonal activation, which differs from other diseases associated with microbial translocation (e.g., inflammatory bowel disease) where an autoimmune response appears to play an important role in immunopathogenesis and gut damage [93,94]. As neither T/B cell lymphopenia nor cell-mediated immune deficiencies are recognized concomitants of untreated inflammatory bowel disease, [95] it would appear that the virus maintains a central role in cellular and humoral immunodeficiency in HIV infection.

Although the lack of CD4+ T cell help may explain some of these deficiencies, there also appear to be intrinsic defects in B lymphocytes that can be demonstrated in functional assays not requiring T helper cells [96]. The functional defects that have been described in B cells from HIV- infected persons include impaired proliferation responses to B cell antigen receptor stimulation, CD40L and CpG ODNs, reduced antibody production following vaccination, B cell hyperactivation and hypergammaglobulinemia and increased susceptibility to spontaneous apoptosis [90,97,98].

The loss of memory B cells may be related to increased susceptibility of these cells to apoptosis. Spontaneous B cell apoptosis ex vivo as measured by binding of annexin V is increased in acute and chronic HIV infection [99,100]. Several cell death signaling pathways have been implicated in HIV infection, such as TNFα/TNFR, TRAIL/DR5, Fas/ FasL, and Foxo3a [101-107]. Moreover, studies by Moir et al. indicate that increased CD95/Fas expression on B cells in treatment-naïve HIV+ donors is related to B cell apoptosis by exogenous FasL in vitro, [97] suggesting that HIV infection is associated with increased susceptibility of memory B cells to death in response to FasL. Fas is expressed at low levels on the surface of naïve B cells and at enhanced levels on memory B cells [108,109]. In contrast with Fas expression, the expression of FasL is reported to be much more restricted and often requires cell activation. Monocytes or macrophages may be capable of producing FasL after activation by opsonized zymosan, CD4 cross-linking, or HIV infection in vitro [110-112]. Importantly, in vivo treatment of SIVinfected macaques with anti-FasLAb (RNOK203) reduces cell death in circulating B cells and increases Ab responses to viral proteins [113].

A remaining gap in knowledge is the effect of antiretroviral therapy on microbial translocation and B cell restoration. Data from previous studies have shown that the levels of LPS and the 16s rDNA in plasma are significantly reduced after initiation of antiretroviral therapy, but they do not decrease to normal even among patients with restored normal CD4 counts [63]. Consistent with this finding, B cell recovery was slower than CD4 T cell recovery after antiretroviral therapy and ultimately failed to reconstitute to normal levels [67,122]. Although the data relating to HIV-specific IgA are conflicting, it is clear that the majority of chronically HIV-infected individuals do not mount vigorous HIV-specific IgA antibody responses either locally at mucosal sites or systemically [117,123-125]. Although short-term administration of antiretroviral therapy may improve antibody responses, [126] long-term administration often fails to maintain protective levels of antibodies against vaccination antigens like measles, tetanus, influenza and pneumococcus, even in the context of normalized CD4 counts [66,127]. This suggests that factors other than absolute T cell numberssome toxicity of antiretroviral treatment to B cells, sustained virusmediated responses, or the impairment of B pregenitor cells- contribute to the incomplete recovery of antibody responses. Thusfurther studies are necessary tounderstand the mechanisms of B cell dysfuction and improvement in treated HIV-infected subjects. This knowledge would be valuable to improve vaccine responsiveness, decrease opportunistic infections and slow down disease progression in HIV-infected hosts.

Copyright: © 2013 Yu X, et al. This is an open-access article distributed under the terms of the Creative Commons Attribution License, which permits unrestricted use, distribution, and reproduction in any medium, provided the original author and source are credited. 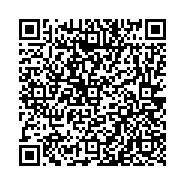