Copyright: © 2013 Zeng C, et al. This is an open-access article distributed under the terms of the Creative Commons Attribution License, which permits unrestricted use, distribution, and reproduction in any medium, provided the original author and source are credited.

Nitrogenous wastes, including ammonia, nitrite and nitrate, in aquatic systemsoriginate from the runoff of various anthropogenic sources, the decomposition of organic matter and leaching of geological deposits, as well as ammonia being excreted by aquatic animals as a by-product of protein catabolism. To date, most research on these pollutants have been performed from an aquaculture perspective since nitrogenous wastes are a ubiquitous concern under farming conditions. However, they are often overlooked as potential causes for altered distribution and abundance of aquatic animals in the wild, likely due to perceived relatively low levels of nitrogenous wastes in most aquatic ecosystems and the relatively high tolerance of aquatic animals to these pollutants. Nevertheless, recent research is suggesting that these can be inaccurate or biased.

Nitrogenous wastes generally remain at very low levels in most aquatic ecosystems and when discharged from anthropogenic sources, they often can be quickly diluted or removed by various natural processes (e.g. water movement, bacterial conversion and algal uptake). Even nitrogenous wastes are discharged at levels exceeding the capacity for their natural removal; many aquatic animals have the ability to withstand them at a certain level. This is believed to stem from the fact that ammonia is a natural metabolic by-product and thus aquatic animals evolved various mechanisms, including detoxification, active excretion and limiting the inflow by reducing gill permeabilities, to effectively reduce their levels within the body. In fact, this leads to often relatively higher tolerance of aquatic animals to nitrogenous waste exposure, relative to other pollutants such as heavy metals or organic pollutants. The toxicity of a pollutant is normally expressed by the LC50 value, or the concentration of a toxicant that induces 50% mortality over a given time period. The LC50 value is not only being used to gauge the toxicity of pollutants, it is also used to determine their “safe” levels. The “safe” level of a pollutant, empirically obtained by multiplying the LC50 value by 10%, is a value implying no adverse consequences to the animals when exposed and has been used for environmental risk assessments.

However, the past perception on potentials effects of nitrogenous wastes to aquatic animals in the wide is slowly changing. It is becoming increasing apparent that nitrogen levels are escalating in ground and surface waters globally due to poor management on various practices, such as fertilizer use, wastewater treatment and effluent discharge. There is also increasing evidence suggesting that various important physiological processes, including gas exchange, immunity, osmoregulation and acid-base balance, become disturbed or even disrupted well below the “safe” levels of nitrogenous wastes, and in some cases 10 times lower the “safe” levels. This leads to important questions as to whether such values should be more accurately determined, and could this be done by simply multiplying the LC50 values by a lower number? And if so, how low should it be?

This is a difficult question to answer considering the potential implications of physiological disruptions on population dynamics are largely unknown and likely highly species specific. For example, does nitrogenous waste accumulation in certain water bodies lead to migrations or alterations in dominant populations? And do they interact with other pollutants that are more persistent in nature? The importance of understanding these are particularly relevant considering nitrogenous wastes often reach high levels in estuaries and near shore coasts, where serve as important breeding grounds for various aquatic animals. Indeed, our knowledge on potential effects of nitrogenous waste exposure on the reproductive capacity and population recruitment of aquatic animals is largely void.

Clearly, nitrogenous wastes are often overlooked as potential causes for affecting the distribution and abundance of natural populations in the past. With increasing anthropogenic discharge elevating nitrogen levels in various aquatic ecosystems worldwide, in our view, it is time research should be performed to examine the potential effects of elevated nitrogenous wasteson population dynamics of various aquatic animals. Such research, complemented by laboratory studies, should provide a more accurate and full picture on effects of nitrogenous wastes on aquatic animals and is likely to become increasingly important. 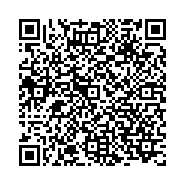