Lavie et al. [15] monitored 24 hour blood pressure (BP) on 38 OSAS patients and their results revealed that diastolic, systolic and mean BP were significantly related to the severity of sleep apnea syndrome. Few hemodynamic studies on OSAS patients showed the systemic arterial pressure increases and remains at higher level during apnea episode compared to wakefulness [16-18]. The blood pressure can rise by 25% of the baseline during apnea episode and systolic and diastolic pressure can exceed 200 mmHg and 120 mmHg respectively [17]. Studies by Lies et al. [19], Sanner et al. [20] and Tun et al. [21] showed significant improvement in blood pressure in OSAS patient treated by CPAP which proves the causal relationship between systemic hypertension and OSAS.

OSAS is commonly found in patients with coronary heart disease and these patients must be classified as a high risk group because of apnea-associated silent myocardial ischemia and electric instability of the myocardium [24]. The risk of myocardial infarction is increased 20-fold in untreated OSA [25].

The occurrence of arrhythmia in patients with OSAS is closely related to the apnea and hyperventilation events and depends on the sympathovagal balance [24]. Sinus arrhythmia occurs with decreased heart rate during apnea and increased heart rate when breathing resumes. Marked sinus bradycardia is due to hypoxic induced vagal activity. Severe oxygen desaturation can lead to conduction defect such as premature ventricular contraction, second degree heart block and ventricular tachyarrhythmia [26].

The association between OSAS and stroke are much debated, but increasing evidence demonstrates that the OSAS is an independent risk factor for ischemic stroke especially in young patient [27]. Many studies have showed 70 to 95% of acute stroke patients were found to have OSAS [28,29].

Multiple medical conditions are linked to the mechanisms of stroke in OSAS such as arterial hypertension, cardiac arrhythmia, increased atherogenesis, coagulation disorders, and cerebral haemodynamic changes [28]. Presence of OSAS in stroke patients could lead to a poor outcome and increased long-term stroke mortality. Therefore, OSAS should be systematically screened at the moment it is clinically suspected in patients with acute stroke.

Copyright: © 2012 Abdullah B. This is an open-access article distributed under the terms of the Creative Commons Attribution License, which permits unrestricted use, distribution, and reproduction in any medium, provided the original author and source are credited. 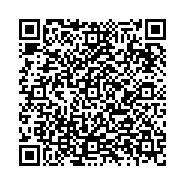