A Case of Neuromyopathy Due to Synthetic Antimalarial Drugs

Introduction: Synthetic anti malaria drugs has effectiveness in the treatment of many auto-immune diseases and principally the systemic erythematous lupus. The undesirable effects remain rare. The appearance of myopathy is considered as exceptional. We report observations which highlight the hypothesis of a double toxicity (Chloroquine and Hydroquinine). Observation: We report a case of 53 years old female patient treated chronically by Hydroquinidine and Escitalopram for Bouveret diseases which became asymptomatic. Later on, we had Chloroquine and Prednisone to the previous treatment. Prednisone was removed few months later because of a possible skin side effect. Due to the incomplete relief of joint pain we had Methotrexate to the treatment associated to Omeprazole. And the evolution was characterized by the appearance of lower limbs muscle weakness leading to the interruption of Methotrexate- Omeprazole association. Despite this interruption there was a worsening of the muscle weakness clinically and electro-physiologically diagnosed as myopathy which leads to the interruption of Chloroquine and Hydroquinidine. Other causes of myopathy have been ruled out after a large check-up and Methotrexate was re-introduced two months later with progressive regression of symptoms within six months. Discussion and conclusion: The appearance of myopathy in a patient treated by Chloroquine is extremely rare. Our observation highlights the toxicity of synthetic antimalarial drugs which can cause myopathy in some cases. The association of Chloroquine and Hydroquinidine seems potentially more toxic on muscles.

Synthetic antimalarial drugs are indicated in the treatment of various auto-immune diseases and principally the systemic erythematosus lupus. Their side effects are rare and often misdiagnosed [1]. The occurrence of myopathy is one of these side effects considered as exceptional [2,3].

We report an observation which highlights the hypothesis of a double toxicity of Chloroquine and Hydroquinidine, both derived from the quinine (Figure 1 and 2). 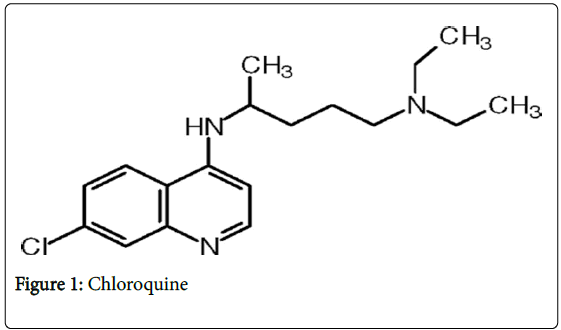 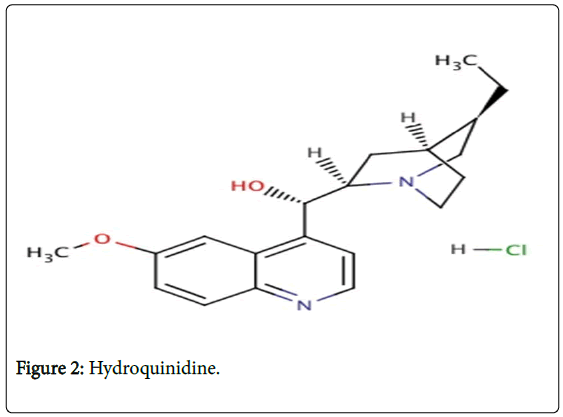 Author report a case of 53 years old female patient treated chronically by Hydroquinidine and Escitalopram for Bouveret diseases which became asymptomatic. She has been followed up since November 2008 for inflammatory joint and muscles pain with positive anti-nuclear factors, diagnosed as Gougeröt-Sjögren syndrome with negative anti-SSA or anti-SSB antibodies. Later on, she was treated by Chloroquine 400 mg daily and Prednisone 5 mg daily in December 2008. And the treatment was changed in February 2009 by Chloroquine because of a possible skin side effect. Due to the incomplete relief of joint pain we had Methotrexate to the treatment in March 2010 (10 mg weekly) with Omeprazole.

In June 2010, the appearance of lower limbs muscle weakness leads to the interruption of Methotrexate-Omeprazole association. Despite this interruption there was a worsening of the muscle weakness clinically and electro-physiologically diagnosed as myopathy which leads to the interruption of Chloroquine and Hydroquinidine. Lab tests done to find causes of myopathy showed no immunologic arguments of myositis, normal radiological exams (chest and abdomen CT scan, MRI) and irrelevant neuromuscular biopsy. Methotrexate-Omeprazole association was re-introduced two months later with progressive regression of symptoms within six months. Three years after the interruption of treatment by Chloroquine and Hydroquinidine the controlled clinical exam was normal.

This observation highlights the hypothesis of a toxicity of Chloroquine [4] and Hydroquinidine. Synthetic antimalarial drugs in particular Chloroquine and Hydroxychloroquine are molecules which are often prescribed in the treatment of systemic auto-immune diseases.

Despite their therapeutic effectiveness they are not free from side effects which appear mostly with high dose, overdose or chronic treatment. The frequent manifestations are: hypoglycemia due to increase secretion of insulin, cardiovascular (conduction and rhythm disorders, palpitations) [5], neurological (dizziness), gastro-intestinal (nausea, vomiting, abdominal pains, and diarrhea), dermatological (itchy, photosensitivity, rash) and hematological (dose-dependent bone marrow insufficiency).

Myopathy remains a rare complication of Hydroxychloroquine treatment. Few cases have been reported worldwide [6-8]. A literacy review done in 2000, revealed only 10 cases of Hydroxychloroquine’s neuromuscular toxicity reported between 1965 and 1998. Most of these cases presented a progressive proximal myopathy and sometime incomplete improvement at the interruption of the treatment [9]. The most frequent reported iatrogenic toxic myopathy is rhabdomyolysis and myoglobinuria which constitute emergencies. They can constitute a medical emergency [10]. Kwon et al. reported a case of a 70 years old woman treated by Hydroxychloroquine who presented a myopathy with abnormal EKG and the abnormal eye movements [8]. In a prospective study on myopathies caused by synthetic antimalarial drugs Casado et al. [1] suggest to evaluate muscle enzymes in patients on synthetic antimalarial drugs in order to define the patients at risk to develop neuromuscular disorders. The reports of myopathy caused by Chloroquine without the increase of CPK [2,3,11,12], are extremely rare despite of the frequent prescription of antimalarial drugs. In many studies the muscles enzymes were slightly increased [1] and the main feature found was myogenic pattern in electroneuromyography. Our patient clearly improved clinically after stopping Chloroquine and Hydroquinine as Casado et al. which noted a spontaneous regression of the muscle weakness after stopping the treatment. The biological and clinical normalisation after stopping the treatment [13] strongly to suggest the effects of these molecules in our patient.

Methotrexate-Omeprazole association can also be the cause of certain form of myopathies [14]. But our patient had well improve despite re-induction of this association.

The association of Chloroquine and Hydroquinidine seems to be toxic for muscle despite insufficient data concerning their pharmacovigilance. Advice should therefore be given to the patients treated by these drugs and clinical and Para clinical exams should constitute the main features of their follow up. The interruption of the treatment contributes to the regression of this myopathy and promotes improvement.

Copyright: © 2016 Diop-Sène MS, et al. This is an open-access article distributed under the terms of the Creative Commons Attribution License, which permits unrestricted use, distribution, and reproduction in any medium, provided the original author and source are credited. 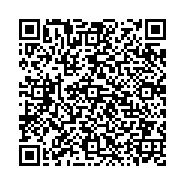