Copyright: © 2016 Ying X, et al. This is an open-access article distributed under the terms of the Creative Commons Attribution License, which permits unrestricted use, distribution, and reproduction in any medium, provided the original author and source are credited.

At present, peroral endoscopic myotomy (POEM) is regarded as the best treatment for achalasia cardia (AC). So more and more patients with AC undergo this operation and obtain good curative effect. With the rising of number of operations, we found it also had some complications. Hemorrhage during operation is the most common one.

But when artery was cut off, and the broken end retracted into MP, under this condition electric knife or hemostatic forceps could not effective haemostasis. Some of the cases may require resort to surgery. So find a new method can deal with this kind of bleeding efficient is necessary.

So far more than 500 POEM for AC were performed in this hospital. During operation of 3 cases we cut off an artery and could not find the broken end, bleeding so much, view of endoscopy was fuzzy quickly, flush continuously and cut off the MP then the broken end was easily found, successful haemostasis by hemostatic forceps, and accomplished the whole operation well. Now we summarize the haemostasis method and write some experience. Figure 1: Bleeding during POEM and Cutting-haemostasis. A: Clean the esophageal lumen before POEM operation; B: establish the tunnel entry at about 10 cm above the cardia; C: A thick vessel locate in cardia; D: Cut off the vessel and active bleeding is observed; E. Cut off MP and the broken end of the vessel is appeared; F: Successful haemostasis; G: Accomplish the operation; H: Clip the tunnel entry by endo-clips.

The time of haemostasis was respective 7 min, 5 min and 4 min. The hospital day of the 3 patients was same as other patients after POEM operation.

Since the application of endoscopic submucosal tunnel technology, bleeding in tunnel cannot be avoided. Bleeding usually occurs in caridia related with vascular morpholoy, contorts and morphological structure in this area. Vasculars in lower esophageal and cardia arrange in grille array. Crescent like structure can be seen close to cardia. Below this is the ampulla structure, where vessels with branches and large roots are presented [3-5].

When haemorrhage in POEM occurred, conventional management could not stop bleeding spontaneously. Because the broken end of vessels tend to bounce back into MP and crescent like structure often block the view. We cannot look straight into the bleeding points through endoscopy. Therefore electric knife or hemostatic forceps cannot touch directly to stop bleeding. Meanwhile repeated electro coagulation could destroy the view of endoscopy and damage MP or mucosa.

In order to improve this situation, we establish an innovative approach. The process is as follows. First, find the region of crescent like structure above bleeding point. Second, cut off MP form inner circular muscles to outer longitudinal muscles until the broken end of the vessels were found. Third, expose the bleeding region. Forth, stop bleeding with electric knife or hemostatic forceps. This method can cut off the crescent like structure and prompt it to open, expand the tunnel lacuna, and improve the endoscopic degrees of freedom.

In this article, 3 cases of immediate and safe haemostasis were achieved by this method within 4-7 minutes. And this provided a safeguard to complete POEM smoothly. We also observed the prognosis and found that the patients with good curative effect didn’t have severe complication. Therefore, cutting-haemostasis is an effective and safe method of stopping hemorrhage in esophageal tunnel technology. And it should be widely used in the near future. 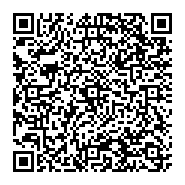