PRIVACY is becoming an increasingly important issue in many data-mining applications that deal with health care, security, financial and other types of sensitive data. It is also becoming important in counter terrorism and defense related applications. These applications may require creating profiles, constructing social network models, and detecting terrorist communications. This calls for well-designed techniques that pay careful attention to hiding privacy-sensitive information [2], while preserving the inherent statistical dependencies, which are important for data mining applications. There are many techniques available for privacy preserving data mining.

There are many techniques, which have been adopted for privacy preserving data mining. We can classify them based on the following dimensions:

The complexity for hiding aggregated data in the form of rules is of course higher, and for this reason, mostly heuristics have been developed. The lessening of the amount of public information causes the data miner to produce weaker inference rules that will not allow the inference of confidential values. This process is also known as “rule confusion”. The last dimension, which is the most important, refers to the privacy preservation technique [2] used for the selective modification of the data. Selective modification is required in order to achieve higher utility for the modified data given that the privacy is not jeopardized.

The problem of mining association rules was introduced in [2]. Let I = { i,, i,;.., i, } be a set of literals, called items. Given a set of transactions D, where each transaction T is a set of items such that T ⊆ I , an association rule [1] is an expression X ⇒ Y where x ⊆ l, Y ⊆ l , and X Y =Φ .The X and Y are called respectively the body (left hand side) and head (right hand side) of the rule. An example of such a rule is that 90% of customers buy hamburgers also buy Coke. The 90% here is called the confidence of the rule, which means that 90% of transaction that contains X also contains Y.

The confidence is calculated as IX Yl / lxl.The support of the rule is the percentage of transactions that contain both X and Y. which is calculated as IX Yl /N . In other words, the confidence of a rule measures the degree of the correlation between itemsets, while the support of a rule measures the significance of the correlation between itemsets. The problem of mining association rules is to find all rules that are greater than the user-specified minimum support and minimum confidence

Sensitive Rules Hiding (By Changing the Support or Confidence of the Rules).

The main objective of rule hiding is to transform the database such that the sensitive rules are masked, and all the other underlying patterns can still be discovered. For doing this the support or the confidence of the large item sets or the association rule is changed which helps in hiding them. In this regard, the minimum support and confidence will be altered into a minimum interval. As long as the support and/or the confidence of a sensitive rule lie below the middle in these two ranges, the confidentiality of data is expected to be protected. The rule hiding method hides a group of association rules, which is characterized as sensitive. One rule is characterized as sensitive if its disclosure risk is above a certain privacy threshold. Sometimes, sensitive rules should not be disclosed to the public since, among other things, they may be used for inferring sensitive data, or they may provide business competitors with an advantage

One Rule at A Time (Proposed By Veryki- os Et Al, Etc.) Distortion Based Technique (Sanitization)

In this work [1] authors propose strategies and a suite of algorithms for hiding sensitive knowledge from data by minimally perturbing their values. The hiding strategies proposed are based on reducing the support and confidence of rules that specify how significant they are .In order to achieve this, transactions are modified by removing some items, or inserting some new items depending on the hiding strategy. The constraint on the algorithms proposed is that the changes in the database introduced by the hiding process should be limited, in such a way that the information incurred by the process is minimal. Selection of the items in a rule to be hidden and the selection of the transactions that will be modified is a crucial factor for achieving the minimal information loss constraint.

On the basis of sensitive item (proposed by shyue-liang wang et al.) Distortion based Technique (sanitization)

Technique proposed in this work tries to hide certain specific items that are sensitive and proposes two algorithms to modify data in the Dataset so that sensitive items cannot be inferred through association rule mining algorithms. Concept of this paper says that if the sensitive item is on the LHS of the rule then increase its support and if the sensitive item is on the right of the rule then decrease its support. This work is in contrast with previous work as approach in [1] hides a specific rule and the approach in [2] tries to hide all the rules containing sensitive items (either in the right or in the left)

Existing approaches have some problems. Data perturbation [5] considers the applications where individual data values are confidential rather than the data mining results and concentrated on a specific data mining model, namely, the classification by decision trees.

Additive noise can be easily filtered out in many cases that may lead to compromising the privacy.

A potential problem of traditional additive and multiplicative perturbation is that each data element is perturbed independently; therefore the pair-wise similarity of records is not guaranteed to be maintained.
In Secure Multiparty Computation (SMC) the functionality f to be computed is first represented as a combinatorial circuit, and then the parties run a short protocol for every gate in the circuit.
While this approach is appealing in its generality and simplicity, the protocols it generates depend on the size of the circuit. This size depends on the size of the input (which might be huge as in a data mining application), and on the complexity of expressing f as a circuit (for example, a naive multiplication circuit is quadratic in the size of its inputs). It is observed that secure two-party computation of small circuits with small inputs may be practical.Unfortunately, because clustering algorithms are imperfect, they do not neatly group all occurrences of each acronym into one cluster, nor do they allow users to issue follow-up queries that only return documents from the intended sense. An underappreciated aspect of clusters is their utility for eliminating groups of documents from consideration. The disadvantages of clustering include their lack of predictability; their conflation of many dimensions simultaneously, the difficulty of labeling the groups and the counter intuitiveness of cluster sub hierarchies.

The techniques using the support and confidence thresholds for hiding rules fail to hide all the sensitive rules. Even if they do so they do it in too much number of passes.

1. Approach in [1] tries to hide every single rule without checking if rules can be pruned after some transactions have been changed.

Based on this a new algorithm for modifying database without changing the support of the sensitive item and still maintaining the secrecy of sensitive data has been proposed in the next Section.

5. Select all the rules with min_supp containing h and store in U//h can either be on LHS or RHS

7. Select all the rules from U with same LHS

10. Sort R in descending order by the number of supported items;

13. If conf>min_conf then {//change the position of sensitive item h.

A brief description of important steps of the algorithm is given below:

Step 5 of the proposed algorithm selects all the rules containing sensitive item(s) either in the left or in the right.

Step 11 selects a rule from the set of RR’s, which has sensitive item on the left of the RR is selected.

where items in RR are absent or only one of them is present.

Step 20 – 24 recomputed the confidence of the rules in U. 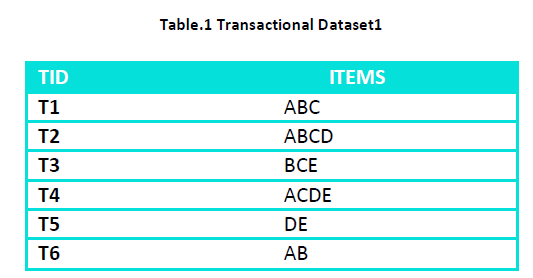 And the new set of association rules generated from this modified dataset is:

i.e. all the rules of the original association rules set containing sensitive items on the LHS or on the RHS are hidden.

Similarly if H={B} i.e. if sensitive item is B then change transaction T2 to ACD and transaction T5 to BDE and the

Modified dataset for the proposed approach is represented in table 6

Table 6: Modified Dataset1 for the proposed approach (Sensitive Item – B)

Table 8: Database for Dataset1 in Table.1 before and after hiding C and B

We see that all the rules of the original association rules set containing sensitive items on the LHS or on the RHS are hidden.

Above discussed Problem Evaluation shows that the proposed algorithm hides maximum number of rules containing sensitive item either in the LHS or in the RHS in minimum number of passes (all the problem evaluation results are for a single pass of existing algorithms and the proposed one).

As discussed the approach used by Verykios et al. [1] tries to hide every single association rule without checking if some rules could be pruned out after some changes have been made in the database while hiding some rules previously.

Characteristic of the Proposed Algorithm

First characteristic of Proposed Algorithm is that the support of the sensitive item is not changed. Thing which is changed is only the position of the sensitive item. It is seen from the above tabulated result that the Proposed Algorithm prunes more number of rules containing sensitive item in same number of DB scans. Graphical results of the above comparison where total No. of data base scanning is done on six transaction of different types where support and confidence are also different are shown in the Fig. 1 where total No. of prumes rules are represented. Below histogram graph shows that the number of rules hidden by Verykios et al. [1] approach for Dataset1 is 0. Using Wang et al [2]. Approach this number raises to 1 and the proposed approach hide 6 rules out of 8 rules containing sensitive item. 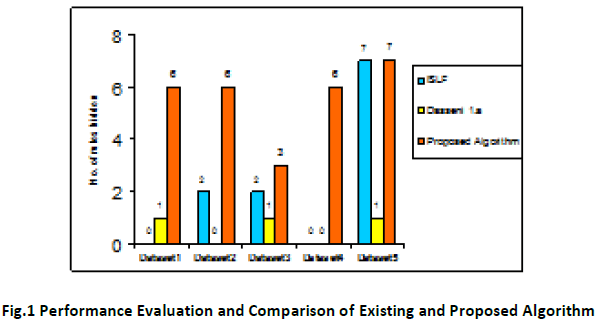 Figure 1: Performance Evaluation and Comparison of Existing and Proposed Algorithm

In this work, we have studied the database privacy problems caused by data mining technology and proposed e algorithm for hiding sensitive data in association rules mining. The proposed algorithm doesn’t modifying the database transactions so that the support &confidence of the association rules remains unchanged. Examples demonstrating the proposed algorithms are shown. The efficiency of the proposed approach is shown in graph. It was shown that our approach required less number of database scanning and prune more number of hidden rules. However, our approach must hide all rules containing the hidden items