A Study of School Bag Weight and Back Pain among Primary School Children in Al-Ahsa, Saudi Arabia

Background: The recommended weight of schoolbags is less than 10-15% of the body weight. Heavy schoolbags may result in musculoskeletal and psychological problems among primary school children. This study was conducted to assess the weight of school bags in relation to primary school children weight, and to look for the prevalence of back pain among them in Al-Ahsa, Saudi Arabia.

Methods: A total of 2567 school children were included in this study both from rural and urban areas of Al-Ahsa, Saudi Arabia. A cross sectional survey was conducted in which a pre-tested questionnaire was used to ask about demographic profile, and symptoms of back pain. The weight of the school bags and the school children was measured.

Results: 1860 school children (72.46%) out of 2567 were carrying bags of weight more than 15% of their body weight. The prevalence of heavy school bags was higher among the female children as compared with the male children. Back pain was reported by 42% of the school children.

Conclusions: The weight of schoolbags of Al-Ahsa primary school children were higher than the internationally acceptable standards and as a result back pain was reported by 42% of school children. The school authorities and ministry of health should further evaluate and take the necessary steps to rectify the situation.

Primary school children are at a development age and it is important that they do not carry excessive loads. Heavy school bags can change the body posture and the musculoskeletal system must react appropriately in order to compensate for this stress.

Carrying a schoolbag is a daily activity for most children. Some research effort has been conducted in order to identify a safe load limit for children to carry their schoolbags.

There is still no consensus about a guideline for weight of school bags [1]. A report from Ireland mentions that 10% of body weight is reasonable for school children to carry [2].

Heavy school bags are one of universal factors that influence the incidence of musculoskeletal pain in school children [5].

One of the most common symptoms studied in the literature is the back pain in relation to heavy school bags [9,10].

This study was conducted to assess the weight of school bags in relation to primary school children weight, and to look for the prevalence of back pain among them in Al-Ahsa, Saudi Arabia.

This was a cross section observational study conducted in Al-Ahsa city, Eastern Province, Saudi Arabia in 2014.

The following inputs were used to calculate the sample size. Total school enrolment was 181045 according to the records of directorate of schools in the year 2011.

Assuming a prevalence of Hypothesized% frequency of outcome factor in the population 54% (±5%) (Perquin et al.).

A margin of error of 5%, the sample size would be 2139 at 99% confidence level and a design effect of 2. For non-responding subjects a contingency of 20% (428) was added to the sample population. Thus a final sample of 2567 was included in the study.

A proportionate sampling method was applied with regard to the rural-urban distribution using an appropriate sampling fraction.

Sampling was carried out using a two stage sampling method, first we divided Al-Ahsa into the rural and urban areas then the representation proportional to the number of children enrolled in primary schools in each group was selected.

A preliminary questionnaire was pretested and revised. The questions included demographic profile of students and the weight of school bags and students, and height of students.

A total of 2567 students were included from grade 1 to grade 6 of male and female primary schools. These schools included both urban and rural areas.

Descriptive analyses and measures of central tendency were performed on the demographic data to describe the sample characteristics.

For analysis of characteristics of interest (rural/ urban, gender etc.) and the weight of school bags, Chi-square tests were used. P value of <0.05 was considered to be statistical significant.

There were 2567 primary school students included in this study; out of which 1281 were male and 1286 were female as shown in Table 1.

994 students were from urban areas and 1573 were from rural areas.

Table 2: Distribution of bag weight to body weight ratio according to different characteristics among students with back pain (n=2567).

Students complaining of back pain

Table 3: Students complaining of back pain.

As can be noticed in the Table 4, there was a statistically significant difference between the bag weight to body weight ratio among the female and male students. For example, 28.4% of female were carrying bag weight of more than 20% of their body weight as compared to the 15.1% of male students (Figure 1). 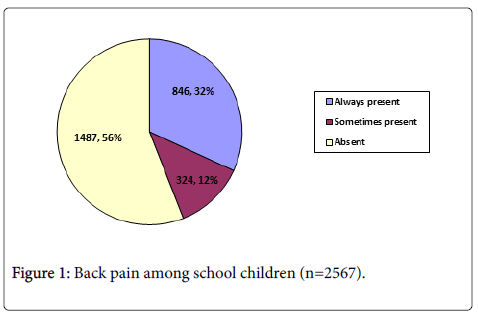 Table 4: Distribution of bag weight to body weight ratio according to different characteristics among students with back pain (n=1170).

The results of this study represent an alarming situation as 41.1% of female students and 31.2% of male students were carrying school bags of >15% of their body weight. It means more than the highest limits according to international guidelines. Only 6.2% of children were carrying schoolbags up to 10% of their bodyweight; the highest limit according to the Ireland republic, European and Health Promotion Board of Singapore guidelines. As mentioned earlier, a report from Ireland mentions 10% of the body weight is reasonable for children to carry [2]. A similar guideline limit of 10% of body weight is used in Europe. In a review of Canadian literature in 2004, it was concluded that a limit of 10-15% of body weight is acceptable [7]. The American Occupational Therapy recommends a limit of 15% of body weight [8].

These results are in line with the finding of studies conducted by Gunzburg et al. [9] in which it was reported that lifetime prevalence of low back pain among 9 years old children was 36%. Similarly in a study conducted by Miklesson et al. [10] 52% children reported musculoskeletal pain at least once a week in at least one part of the body at baseline.

Although the duration of carrying and the distance of walking while carrying school bags are important factors, but they were not included in this study [11].

Weights of school bags of Al-Ahsa primary school children are much higher than the recommended percentage of body weight by any international standards and as a result back pain was reported by 42% of school children. The school authorities and the ministry of health should work together to tackle the problem.

Copyright: © 2016 Al-Saleem SA, et al. This is an open-access article distributed under the terms of the Creative Commons Attribution License, which permits unrestricted use, distribution and reproduction in any medium, provided the original author and source are credited.