Copyright: © 2015 Kinik MF, et al. This is an open-access article distributed under the terms of the Creative Commons Attribution License, which permits unrestricted use, distribution, and reproduction in any medium, provided the original author and source are credited.

Oxybutynin is an antimuscarinic substance used frequently for the treatment of overactive bladder and nocturnal enuresis. During the use of such anticholinergic substances, such effects as the decrease in depressive symptoms, euphoria effect, relaxation and the alleviation of the side-effects of neuroleptic medications could be seen. In this case report, an adolescent who was referred to our clinic because of oxybutynin abuse and a suicide attempt has presented. According to the criteria of the DSM-V, other (or unknown) substance use disorder was diagnosed. Oxybutynin is among the non-controlled drugs and can be obtained easily without prescription in Turkey. In the literature this is the first case of Oxybutynin abuse in an adolescent. This case has been presented for the purpose of drawing attention to the oxybutynin abuse which is a growing problem among adolescents.

Oxubutynin is a medicine with anticholinergic and antispasmodic effects that is used to treat overactive bladder and nocturnal enuresis [1]. Anticholinergic substances have a number of effects, such as decreasing depressive symptoms, causing euphoria, improving relaxation, and reducing the side-effects of neuroleptic medications [2]. One double blind, randomized study found that biperidene, another anticholinergic drug, caused euphoria and elevated mood in a healthy adults [3].

The present report describes the case of an adolescent who was referred to our clinic because of oxybutynin abuse and a suicide attempt.

A 17-year-old female was referred to the child and adolescent psychiatry department by pediatric emergency services because of a suicide attempt. According to the history taken from the patient and her mother, the patient attempted suicide, after quarrelling with her friend, by taking a drug containing oxybutynin.

During the interview, the patient acknowledged engaging in selfdestructive behaviors when she was angry and having attempted suicide once before. She reported she had issues with her relatives and had difficulty making decisions, and described her mood as “unstable.” After breaking-up with her boyfriend one and a half years ago, she used a drug called “bonzai” for a month. She overcame that addiction by herself, with her mother’s help.

The patient said she started using oxybutynin to “get high,” based on the advice of a friend. She said she initially took eight oxybutynin tablets (40 mg) a month, but gradually increased her use of oxybutynin, and within a year was taking about 20 tablets (100 mg) almost every day. The patient stated she needed to take oxybutynin despite the sideeffects, which included xerostomia, somnolence, difficulty breathing, and blurred vision. The oxybutynin caused visual and auditory hallucinations - e.g., seeing friends and a nurse telling her to wear her pyjamas - that she said made her happy. She said that when she did not take oxybutynin, she had hand tremors, anxiety, sweating, and difficulty in social relationships. She reported having no problem obtaining oxybutynin and could easily get it from a pharmacy without a prescription. She spent less time with friends due to her use of oxybutynin and she became bored with her social circle.

A month and a half ago, the patient tried to quit oxybutynin and a psychiatrist prescribed mirtazapine, topiramate, propranolol, and aripiprazole. Her hallucinations ended after quitting oxybutynin, but she started drinking alcohol to reduce the withdrawal symptoms. In the past month, she overdosed on oxybutynin to commit suicide, and was treated in the intensive care unit twice.

Mental status examination: The patient looked younger than her stated age, had tattoos on both arms, and was well groomed and well dressed. She did not have difficulty making eye-contact, looked eager to communicate, was articulate, and answered questions spontaneously. Her thought processes were coherent and goal directed. Her thoughts included themes about past suicide attempts, craving for oxybutynin, family issues, and worthlessness. Her affect and mood were depressed. She was alert and oriented to time, person, and place. She appeared to maintain attention and concentrate on the interviewer’s tasks and questions. Her past and recent memory was intact. She had some visual and auditory hallucinations, but her intellectual functioning appeared to be normal.

The patient was enrolled in a child-psychiatry outpatient clinic for follow-up and treatment. According to the criteria of the DSM-V, other (or unknown) substance use disorder was diagnosed. Aripiprazole of 5 mgs twice a day and sertraline of 50 mgs once a day was started for depressive and hallucinatory symptoms.

This report presented the case of an adolescent whose use of oxybutynin met the DSM-V criteria for other (or unknown) substance use disorder. The misuse of oxybutynin was recognized only recently.

Oxybutynin is not restricted by the Turkish Ministry of Health, which makes it easy to obtain it from pharmacies without a prescription. According to the information presented in this case, the rate of misusing this drug is gradually increasing among youth because it is accessible and inexpensive. However, this information must be supported by epidemiological studies.

Although there is no current explanation for addiction to anticholinergic drugs, the mesolymbic dopaminergic system, ventral tegmental area, nucleus accumbens, and prefrontal cortex are considered to be the main neurological pathways responsible for drug addiction [7]; the cholinergic system also is considered to have a role in addiction. Activation of muscarinic receptors facilitates dopamine release and transmission to the nucleus accumbens. Blockage of muscarinic receptors also blocks dopamine re-uptake and storage, thus causing euphoria and deliriogenic effects [8]. Hence, euphoria and deliriogenic effects could cause addiction to anticholinergic drugs, as found in our patient. Marken et al [9] reviewed 110 cases of reported anticholinergic abuse and identified three distinct groups of abusers:

• Patients with an appropriate medical indication for the agent who appear to use anticholinergics to relieve chronic or subclinical extrapyramidal symptoms, depression, or negative schizophrenic symptoms.

Marken et al. [9] characterized the individuals in the first group as “true abusers”. If this classification is adapted to our patients first item describes our patient. Although there was no medical indication, our patient reported using oxybutynin to “get high.”

Drug effects (e.g., pleasing hallucinations and decreased anxiety) and withdrawal symptoms (e.g., tremors and sweating), like those reported by our patient, have been identified as maintenance factors for substance use. Easy access and low cost also contribute to the development of drug addiction, and having chaotic family-relations is a predisposing factor for substance use and suicide attempts.

To our knowledge, this is the first case of oxybutynin abuse by an adolescent to be reported in the research literature. This case was presented to draw attention to the abuse of oxybutynin, which is easily accessible in Turkey. 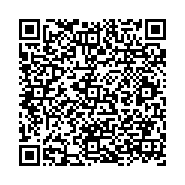