Aneurysmal Bone Cyst in a Phalanx of a Toe

Copyright: © 2016 Vedel JC, et al. This is an open-access article distributed under the terms of the Creative Commons Attribution License, which permits unrestricted use, distribution, and reproduction in any medium, provided the original author and source are credited.

Aneurysmal bone cysts (ABC) is a rare lesion of the bone, typically arising in the tibia, femur, spine and humerus. ABCs account for approximately 1% of all bone tumors [1] and of these only 3% occur in the foot [2]. ABCs can mimic other bone tumors on imaging studies [1] and can undergo malignant transformation [3], thus making histological diagnosis mandatory.

We report, for the first time, a very rare case of an ABC localized in the distal phalanx of the left first toe in a 25-year-old male.

A 25-year-old male presented to his general practitioner with pain and swelling in his left first toe. The condition was first treated as a ligament injury. Furthermore, gout was suspected and the patient was administered pain killers for a period.

The patient was then referred to the orthopaedic department. Physical examination revealed swelling of the left first toe to approximately twice the size of the patient’s right first toe (Figure 1). Figure 1: Clinical photo showing the left first toe with swelling and change of color, Underlying ulceration is seen under the lateral side of nail.

Routine x-ray (Figure 2) showed almost total destruction and erosion of the distal phalanx with only a thin rim of the cortex adjacent to the interphalangeal joint left intact. 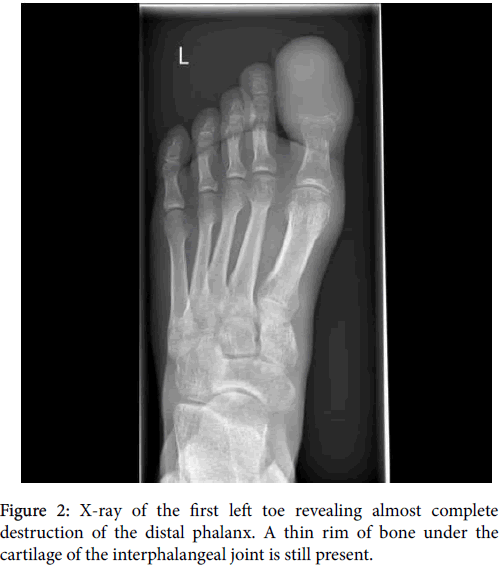 Figure 2: X-ray of the first left toe revealing almost complete destruction of the distal phalanx. A thin rim of bone under the cartilage of the interphalangeal joint is still present.

The subsequent magnetic resonance scan revealed an expansive and lytic process in the distal phalanx most likely representing an ABC (Figure 3). Figure 3: Magnetic resonance of the left first toe scan revealing tumor likely representing that of ABC. The distal phalanx is almost entirely destructed and tumor tissue has expanded into the surrounding soft tissue including the subcutaneus fat.

As a consequence of the magnetic resonance scan most likely pointing to the diagnosis of ABC it was decided that a preoperative histological sample was not necessary.

Resection of the tumor was subsequently planned under general anaesthesia with the patient placed in supine position. Tendon insertion sites were found to be destroyed peroperatively, and both flexor and extensor tendons had retracted.

Partial amputation, including exarticulation of the interphalangeal joint, was undertaken, thus resecting the tumor en bloc.

The histological diagnosis was that of ABC. The patient’s surgical wound healed within the next two weeks without complications.

The patient was clinically examined 6 month postoperatively. The patient reported sliding forward of his foot when running because of the shortened toe. This problem was solved with a shoe insert customized for the patient by a prosthetist. Otherwise he did not have any complaints and the toe was without signs of recurrence (Figure 4). Figure 4: Clinical photo of the left first toe 6 months postoperatively taken at clinical follow up. There was no swelling, change of color or tenderness suggesting recurrence.

The presented case demonstrates that diagnosing ABCs can be challenging and prone to doctor’s delay. Once suspicion of the condition is raised, precise diagnosis can still be difficult due to ABCs resemblance to other bone tumours, especially in imaging studies [4]. Thus, most authors emphasize the need for histological examination for a precise diagnosis [1,4]. Various treatments for ABC have been suggested, and optimal treatment will differ according to the site of the lesion. Bone grafting should be considered in order to preserve function of the bone. In this case bone grafting was not possible as the cartilage bearing bone of the distal phalanx only constituted a tiny rim of bone thus necessitating exarticulation of the interphalangeal joint. Intracystic injection with an alcoholic solution is another treatment of ABC [1]. Even if this approach could have eliminated the tumor there would still be a problem with the huge lump of soft tissue without the rigidity provided by an underlying bone. Later partial amputation of the toe would most likely be necessary. Arterial embolization is a treatment modality for large tumors where complete resection is not possible without causing intolerable physical impairment [4]. Applying this method to a tumor located in an anatomical region nourished by terminal arteries could cause ischaemia of the entire toe.

In the presented case, en bloc resection was chosen. This treatment offers the lowest risk of recurrence according to a review from 2006 [1].

ABC in the distal phalanx of a toe has not been described until now. We emphasize that only histological examination provides a precise diagnosis and en bloc resection appears to be the safest treatment. 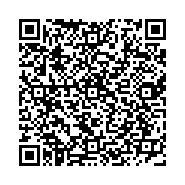