Copyright: © 2015 Gallo A, et al. This is an open-access article distributed under the terms of the Creative Commons Attribution License, which permits unrestricted use, distribution, and reproduction in any medium, provided the original author and source are credited.

Reproduction and embryo development of marine animals occur in the sea water and are processes very sensitive to substances present in the environment that come from industrial and agricultural activities. These compounds are collectively known as xenobiotics due to their extra- environmental origin. Among xenobiotics present in the sea water, a relevant role is played by the anti-fouling compounds. These are used to prevent settlement and growth of organisms on submerged structures of vessels and ships that otherwise should create serious problems of speed slow down.

In the 60’, chemical industries designed paints based on tin metallic compounds named organotines that included tributyltin (TBT) and triphenyltin (TPT). These biocides demonstrated to be very efficacious in impeding the attachment of marine organisms on the ships surface, however a serious toxic side effect exerted on the wild marine species has emerged during the last decades [1]. Numerous ecotoxicological studies clearly indicated that organotines are highly toxic for sea life since they persist in the water, being recycled from the sediments and entering the food chain. The interference with the endocrine system of marine invertebrates and vertebrates, even at low concentrations, may generate high risk of reproductive disorders up to threaten the survival of the species In particular, the exposure to TBT was clearly associated to the phenomenon of imposex, i.e. an irreversible induction of male sex characteristics on females marine snails [2]. For this reason, the International Maritime Organization [3] banned the application of TBT-based antifouling paints by January 2003 and the prohibition of the presence of such paints on the surface of vessels by January 2008. Although not all the countries adhered to this ban, chemical industries have started to formulate new friendly antifouling compounds as possible alternatives to organotines. Among them, the organic booster biocides diuron (3-(3,4-dichlorophenyl)-1,1-dimethylurea) [4] and chlorothalonil are the most widely employed. Since their recent application and release in the environment, no many data are currently available on their toxicity and in particular on their impact on the main parameters and events of reproduction such as gametes physiology, fertilization, and early embryo development of marine species. Our group has performed a comparative investigation on the effects of TBT, diuron and chlorothalonil, as old and new generation antifouling biocides, and to do this it was chosen a very peculiar approach that is the study of the oocyte plasma membrane by looking at the ion currents underlying the reproductive events of the marine invertebrate Ciona intestinalis (ascidians).The use of this model is particularly challenging since ecotoxicological studies used for decades the sea urchin embryo survival to test environmental toxicity, but it was not considered to test also the basic process of fertilization.

In our studies, surprisingly we discovered a common action of the three biocides in reducing the sodium currents of the virgin oocytes. This is an alarming view since, in the past, it was shown a clear role of these currents in driving a correct meiosis resumption and generating normal embryo development [5,6]. On the contrary, each of the three biocides tested appears to affect different reproductive events such as the fertilization current, peculiar electrical event generated in the oocyte by the fertilizing spermatozoon, and the following contraction of the oocyte body. Also larval development was differently influenced by the three biocides in term of developmental arrest at various stages and/or malformation of the larval morphology [7,8]. These observations were of interest since only a normal ascidian larva is able to undergo the metamorphosis that is a dramatic morphological process giving rise to an adult organism.

In our opinion, the interest covered by these studies goes beyond the simple toxicity exerted by these biocides, because these findings indicated and encouraged also a possible use of the ascidians as bioindicators.

Biomonitoring programs of marine environment are focused to identify the best bioindicator that is defined as an organism that provides information on the environmental quality through identifiable reactions (biochemical, physiological and morphological). Many marine species such as polychaetes, copepods, mussels, clams, oysters, snails, fishes, etc. have been suggested to be ideal candidates [9-12]. However, due to the effect of pollution on the reproductive events of the species with external fertilization, it appears that a combination of ascidian characteristics with the impact of antifouling substances on reproductive mechanisms makes the ascidians a model for ecotoxicological studies for a variety of other xenobiotics.

Nonetheless TBT was banned from the market it is still present in the sea water continuing to exert its toxic effect due to its recycling and bioaccumulation in sediments and animals. It was expected that new friendly compounds should have been less harmful to the marine wildlife than the organotines maintaining however the same efficiency against the fouling process. The concerns expressed that also the new biocides could cause serious environmental damage [13] are highly supported by data coming from recent publications. In particular it was shown that the new antifouling compounds exert a negative impact on the physiology of gametes influencing the correct functioning of ion channels and generating a long term effect on the embryo development and larval functionality. These studies hopefully may be a cue to push further research for the formulation of new compounds more respectful of the environment and its animal species. 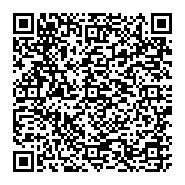