Arsenic as Next Global Threat? Role of Biotechnological Approaches

Arsenicosis is about potent toxicity and carcinogenic effect of arsenic but sometime it had been used for medicinal purpose in old times also. Nowadays it has been emerging as a new threat for human community at large because of recent report of arsenic mobilization in food chain. Study reveals presence of high arsenic concentration not only in drinking water but also in in many food crops, meat and other consumables. Many part of world is facing acute crisis such as Bangladesh, china India, and many more countries as depicted in Figure 1 and in more than 70 countries, peoples are severely effected by groundwater arsenic contamination and need urgent interventions. Bangladesh has been declared as one of the worst natural calamities where rural and urban communities are facing severe consequences in form of skin cancer such as keratosis and melanosis. In India, Malwa, Punjab, has been declared as Cancer belt, where intense sign of cancer has been reported in skin and other vital organs. 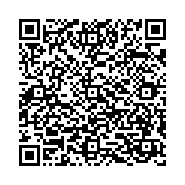