Assessment of Ambient Air Quality with Special Reference to NO2 in the Waste Dump Site at Osisoma Ngwa LGA, Nigeria

Copyright: © 2016 Nwakanma C, et al. This is an open-access article distributed under the terms of the Creative Commons Attribution License, which permits unrestricted use, distribution, and reproduction in any medium, provided the original author and source are credited.

Nitrogen dioxide (NO2) is the only widely prevalent coloured pollutant in the atmosphere. The assessment of ambient air quality with special reference to NO2 was carried out in this study at the waste dump site in Osisioma Ngwa Local government Area in Nigeria during the morning and Evening hours of the dry season. Average Air Quality Index (AQI) Pollutant values obtained where within the moderate level as values ranged from Umuigwe Station during morning reading as NO2 (0.04) AQI (86.588); Umujima Station {NO2 (0.05) AQI (89.598)}; Niger Stone Station {NO2 (0.08) AQI (89.838)}; Uratta Amaise Station {NO2 (0.06) AQI (86.894)}; Eyimba market {NO2 (0.06) AQI (79.999)}; Owerrita {NO2 (0.04) AQI (12.36)}; Asaema {NO2 (0.04) AQI (81.580)}. Values obtained from Owerrita Station according to Standards where described to be good and others where described to be moderate. However, with results from PSI for NO2, overall assessment was described as unhealthy for general health condition of the people around that area since values obtained from morning and evening period ranged from 0.02 to 0.09 ppm.

Air pollution is woven throughout the fabric of our modern life. Pollution problems began with the growth of cities and population and their related water, industrial and disposal needs [1]. With the increase of urbanization man began to intrude on the beautiful, balanced mechanism of the atmosphere. Today in our house, in our factories and through our automobile and planes, we are recklessly ingesting pollutants into our atmosphere. By the use of various fuels in factories and homes, car and planes, we are reducing the available oxygen in the atmosphere by nearby ten percent every year [2]. Nitrogen oxides include chiefly NO, NO2 and HNO3 mostly released by automobiles, power-plants and chemical from industries. The industries manufacturing HNO3 and other chemicals and the automobile exhausts are the chief source of the Nitric Oxide (NO) gas to the environment [3]. At high temperature, combustion of gasoline produces this gas. A number of chemical reactions serially convert a large amount of NO to more toxic NO2 in the atmosphere [4]. NO is responsible for the several photochemical reactions in the atmosphere, particularly in the formation of several secondary pollutants like PAN, O3, Carbonyl compounds, etc., in the presence of other organic substances [5]. There is little evidence of the direct role of this gas in causing a health hazard, at the levels found in urban air in Osisioma Ngwa, Nigeria [6]. Nitrogen dioxide (NO2) is a deep reddish brown gas. Nitrogen dioxide is the only widely prevalent coloured pollutant in the atmosphere. This gas is the chief constituent of photochemical smog in metropolitan areas. NO2 causes irritation of alveoli, leading to symptoms resembling emphysema (inflammation) upon prolonged exposure to 1 ppm level [7]. Lung inflammation may be followed by edema and final death [8]. The MAC for occupational exposure is set at 5 ppm for an 8 hour period. Smokers may readily develop lung diseases as the cigarettes and cigars contain 330 to 1500 ppm nitrogen oxides [9]. NO2 is highly injurious to plants as their growth is suppressed when exposed to 0.3 to 0.5 ppm for 10 to 20 days. Sensitive plants show visible leaf injury when exposed to 4 to 8 ppm for 1 to 4 hours [10]. The major oxides of nitrogen which affect human health are nitric oxides (NO) and nitrogen dioxide (NO2). NO is not an irritant and at concentrations that occur in the atmosphere, it does not show any adverse health effects. However, its main toxic potential results from its oxidation to NO2. NO2 directly affects human health only if it is present in extremely high concentrations. Exposure to 15 ppm of NO2 causes eye and nose irritation and pulmonary discomfort is noted at 25 ppm for exposure of less than 1 hour [11]. NOx may be present in a high enough concentration, yet not react to form smog because other necessary conditions for the reaction are absent. However, nearly every major city in Nigeria at times experiences the effects induced by the presence of NOx and Osisioma Ngwa is not exceptional. NO2 concentration of 1 ppm can be detected by the eye. The threshold limit in ambient air is considered to be 5 ppm for daily exposure [12]. The actual quantities of NOx produced by any given industry can be quite large. There should be a study to know the total quantity of NOx produced by Nigeria Industries to actually ascertain the potential contribution of this pollutant to the atmosphere. Therefore, control of NOx pollutant is essential which can be achieved by regular monitoring of the level of environmental pollution contributing NOx to the environment. Although, not much work seems to have been done on the study of ambient air quality at Osisioma Ngwa Local Government Area dumpsites. Hence the present work has been undertaken as a part of our extension programme of the study of ambient air quality of Osisioma Ngwa LGA waste dumpsite.

Osisioma Ngwa Local Government Area is the biggest city in Aba area of Abia State, located in Nigeria as shown in Figure 1. Located within Latitude 05063.9481 N and Longitude 07022.0021 E. Aba is found within the rain forest belt. It has double maximal rainfall peaks in July and September annually. The area has a temperature range of between 29°C and 31°C. Aba has an area of 245 km2 and a population of 897560 according to 2006 census (NPC, 2014). Geographically this city lies on the altitude of 205 m. In this study, a randomized experimental designed approach was used. This implies that air quality sample was collected from six designated areas of the dump sites at Osisioma and were labeled AQSP (1), AQSP (2), AQSP (3), AQSP (4), AQSP (5), and AQSP (6), within the sample spaces, a control point was determined and labeled AQSP (7). The sampling was done with some hard hold air quality monitors and or equipment to determine and measure the concentration of harmful pollutants in the environment. The sampling was done for a period of three hours in the morning and two hours in the evening to get a comparative result which showed the amount of activities at the location points. Multiple sampling points were carried out to ensure adequate coverage of the dump sites. Muto Gas Analyzer was used to monitor the pollutant with the electrochemical measuring principles and complete gas conditioning systems. This measurement was compared with [1,3] standards established for air quality. Air quality samples were collected during dry season (November) at different locations in the morning and evening. The test homogeneity in mean variance of the concentration levels of monitored gas across the sampling station was conducted with analysis of variance (ANOVA). The pollutant standard index (PSI) was calculated for an overall assessment of air quality within the procedure adopted by USEPA [3]. The pollutant was measured in volume and later converted to ppm.

The result from Table 1 indicates that nitrogen dioxide concentration varied between 0.03-0.08 ppm, with the mean value of 0.015 ppm, with Owerrinta having the lowest value. This is due to vehicular movement and power plant present in the location in addition to the waste dump site. Table 2 revealed that NO2 concentration within the study area at the hours of sampling varies from 0.02 ppm – 0.10 ppm, with Owerrinta having the lowest and Niger Stone the highest value. The mean regional value was at 0.06 ppm (Figure 2).

Table 1: Result of NO2 during morning hour in dry season.

Table 2: Result of NO2 during evening hour in dry season. 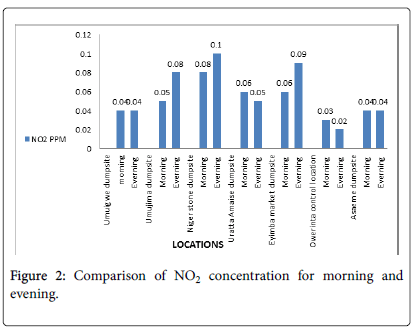 Figure 2: Comparison of NO2 concentration for morning and evening.

Mean values of results presented in Table 3 indicates the daily variations of ambient air quality monitored for NO2 in comparison to Average Air Quality Index as recommended by USEPA [3]. Results shows that the pollutant where described to be within the moderate or good range value. The values obtained for NO2 lies within the acceptable standard set by World Health Organization and the Federal Ministry of Environment, Nigeria [1]. Which also was in line with the findings of Ede et al. [13] on air quality studies around some local palm oil mill plant at the Northern fringes of the Niger Delta Area, Nigeria However, using PSI for NO2, the overall assessment of air quality in the area indicated a result that would be described as unhealthy, meaning that the general health of people around and within the area are endangered by the emissions from anthropogenic activities which include waste dumping and incineration, high volume of vehicular flows coupled with traffic jam within the metropolis. This is in line with reports from Awomeso et al. [14] and ATSDR [15]. Also, similar pattern of research findings are in line with the studies carried out by Ozturk et al. [16] in relation to anthropogenic change regime of tropospheric ozone in the Mediterranean and global environment [17,18]. In conclusion, it is recommended that government should put in place necessary regulations and measures to check indiscriminate dumping of refuse through enforcement of the rules and regulations that govern a sustainable environment for healthy living in Osisioma Ngwa Local Government Area in Nigeria. 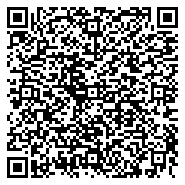