Awareness and Attitudes of Nursing Students towards Prevention of Cervical Cancer

Copyright: © 2016 AbdAllah AAA, et al. This is an open-access article distributed under the terms of the Creative Commons Attribution License, which permits unrestricted use, distribution, and reproduction in any medium, provided the original author and source are credited.

Cervical cancer is the second most common women cancer worldwide, accounting for 13% of female cancers. It ranks as the second most frequent cancer among women after breast cancer in Sudan as well as other developing countries. This study seeks to assess the knowledge, and the attitude of female staff and students of undergraduate nursing students of Khartoum universities, Sudan, towards cervical cancer prevention. A structured interview questionnaire was used for data collection, the questions were made to capture the objectives of the study. Most of the students (84.0%) were not aware of other screening methods than Pap smear test and the burden of cervical cancer and its prevention (p = 0.000). Approximately half of the respondents (49.9%) have no complete information about the HPV vaccine. However, the other half showed positive attitudes towards HPV vaccination and were eager to recommend HPV vaccine to their family and other members of the community. More than two thirds of respondents exhibited positive attitude and were willing to undergo Pap smear in the future. The study shows that the majority of the participants have poor information about cervical cancer prevention. Education would motivate nurses to participate actively in awareness raising, screening, and management.

Cervical cancer is the second common cancer among women worldwide, half million of cases were diagnosed annually, resulting in 300.000 deaths, 86% most of which occur in low and middle income countries, including Sudan [1,2]. Cervical cancer is a malignant disease of the cervix usually occurring in the 5th or 6th decade of life at a mean age of 54 years. The disease has a pre-malignant stage, which usually occurs in younger women under the age of 40 [3].

Cervical cancer is a preventable disease and a key aspect of prevention is early detection of precancerous conditions through the Papanicolaou cytology screening (Pap smear), it was accepted worldwide as an efficient tool for secondary prevention. Pap smears effectively reduce the incidence of cervical cancer by 75-90% [5]. Disparity in incidence between the low- medium and high income countries can be attributed to lack of awareness of cervical cancer and the lack of effective cytological screening programmes [6].

Currently, two HPV vaccines (Gardasil 17 and Cervarix®) were approved for primary prevention of cervical cancer vaccine and both seem to protect against HPV6/11/16/18 and the HPV 16/18 respectively. The vaccines are recommended for young women before an HPV infection is acquired as well as before they begin their sexual intercourse [7].

Strategies were developed to advocate for visual inspection with acetic acid (VIA) and visual inspection with Lugol’s iodine (VILI) tests as alternative strategies. These trials are largely used in developing countries since they are less laboratories dependent, and a range of healthcare providers such as physician, nurses, midwives, and paramedical health workers can be trained in 5–10 days compared with the training of cytotechnologists that required 12–24 months for cytology screening [8].

Nurses can be instrumental in educating the public about vaccination and increasing awareness about the availability of the tests and the treatment, and thereby contribute in the reduction of the morbidity and mortality of cervical cancer, therefore there is a strong need to educate nurses about the risks and impact of HPV and cervical cancer [9].

A cross-sectional descriptive study was carried out among undergraduate nursing students at nursing colleges at Khartoum State Universities, Sudan. A total of 246 students were randomly selected to participate in the study. Structured questionnaire was designed to assess knowledge and perception of students towards cervical cancer prevention. Pre-testing of the questionnaire was done on 10 respondents, after which necessary changes were made, and the questionnaire was re-administered. Social Package of Statistical Sciences (SPSS) statistical software version 16 was used to generate statistical parameters like proportion, mean, standard deviation, etc. Chi Squire Test was used as a test of significance and p values of <0.05 was considered as level of significance. Verbal-informed consent was taken from all subjects (Table 1).

Most of the respondents (37.4%) told that mass media such as TV, Radio, and the Internet was the major sources of information (Figure 1). 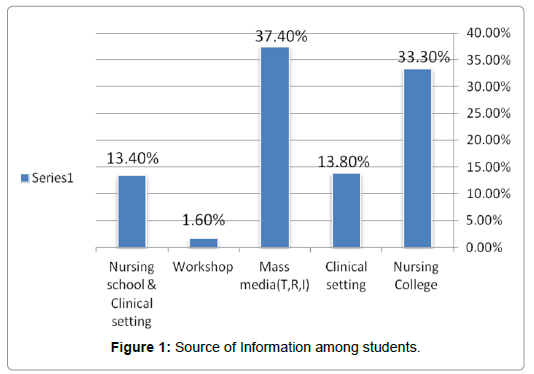 Figure 1: Source of Information among students.

Although cervical cancer a common gynecological cancer in developing countries, the awareness of the disease burden, its size and availability of screening test was poor among nursing students which considered an important barrier to cervical cancer prevention [10].

Most of the respondents in our study (84.0%) were not more aware of the other screening method than Pap smear exams. The fact that Pap smear most uses full screening, due to its existence for over 60 years. However, Other screening methods such as liquid-based cytology and Human Papilloma Virus DNA, practice widely in developed countries, because of high financial and technological requirements [11]. Thus, formal lectures and seminars were the major sources of data for many of the participating nurses [12]. We find a similar result from a survey conducted by He sham et al., among undergraduate students of University Kebangsaan Malaysia(UKM). In addition, some studies have shown that nurses knew very well about symptoms and risk factors of cervical cancer, therefore, the American Cancer Society suggests focusing on the danger factors and behavior to help prevention of cervical cancer, such as smoking, use Oral contraceptive, and unsafe sex, but our respondents have poor knowledge regard the risk factors for cervical cancer more than half (57.8%) [13]. The present work, 37.4% of our respondents had their data from media. Similar findings recorded from different studies. A study conducted at the Cancer Research Center in Honolulu 2005, similar conclusions pointed to media as a popular source of data. Recently consider Human Papilloma Virus vaccine ideal instrument for the primary prevention of cervical cancer a novel concept. Also, Provides protection of 90% –100% against persistent infection and cervical disease, and typifies the future method of cancer prevention. It will get benefit from expanding credibility to vaccine communications through partnerships with community-based, public, health organizations and networks. These channels important in resource-poor settings, where members of the public lack access to media channels or may not trust the government or health agency. Community outreach and mobilization activities, including interest, of local leaders, can also have great impact [14].

Those students who were aware that cervical cancer is a preventable disease, and a few screening programs for control. Nevertheless, Students showed great interest and suggested that information about cervical. Education would motivate nurses to take part actively in raising the awareness, the covering, and prevention of cervical cancer.