Copyright: © 2013 Yarla NS, et al. This is an open-access article distributed under the terms of the Creative Commons Attribution License, which permits unrestricted use, distribution, and reproduction in any medium, provided the original author and source are credited.

Drug resistance is a common clinical problem that occurs in patients suffering from infectious diseases and in patients suffering from cancer [1,2]. Multidrug resistance (MDR) is frequently associated with over expression of ABC transporters. This class of membrane proteins uses the energy of ATP hydrolysis to actively pump metabolites or xenobiotics out of cells against a concentration gradient. If members of this family are over expressed in chemotherapy-resistant tumor cells, they cause a remarkable decrease in cytoplasmic concentrations of chemotherapeutic agents. The ABC transporters that have been identified to play an important role in MDR are P-glycoprotein (P-gp, ABCB1), the breast cancer resistance protein (BCRP, ABCG2), and the multidrug-resistance-associated protein 1 (MRP1, ABCC1). A possible strategy to reverse ABC-transporter-mediated MDR is the inhibition of these proteins by inhibitors, also called modulators [2].

Plants and marine microorganisms are the best natural sources for identification of novel bioactive molecules. Flavonoids constitutes are the main group of polyphenolic compounds present in plants as well as marine bio source. More than 6500 of various flavonoids of plants have been reported to this date [3,4]. Flavonoids differ mainly by the structure of their ring C (oxidation status and substitution) and they are therefore classified into several subclasses such as flavones, isoflavones, flavanols, flavonols, flavonones, chalcones, etc. In the last 15 years, flavonoids, being non-toxic natural products, have attracted attention as ABC transporter inhibitors for the reversion of multidrug resistance in cancer (Table 1).

Table 1: BCRP/P-gp inhibitors from natural sources for the reversal of multidrug resistance in cancer. 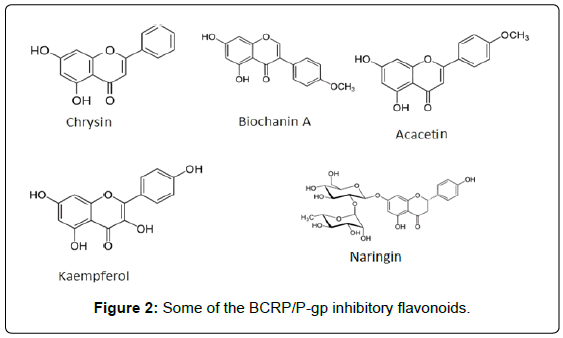 Figure 2: Some of the BCRP/P-gp inhibitory flavonoids.

Flavonoids have been subjected to various chemical modifications in order to obtain better P-glycoprotein inhibitors [5]. In general, it was found that modifications that increased hydrophobicity of the molecule such as prenylation or geranylation significantly increased the modulatory activity of flavonoids [6].

According to this observation, 8-prenylnaringenin turned out to be an effective inhibitor of rhodamine 123 transport in human adenocarcinoma cells [7]. Phytoestrogens are flavonoids with weak estrogenic activities, were reported as ABC transporter inhibitors [8,9].