Schwannomas are benign, slow-growing, encapsulated tumours deriving from the peri neural cells located in the nerve sheath. They can arise from any peripheral, cranial or autonomic nerves, and show a predilection for the head and neck region. Extra cranial Head and Neck schwannomas are rare tumours. They may produce secondary symptoms like nasal obstruction, dysphagia, and hoarseness of voice depending upon the location of the tumour. The preoperative diagnosis is difficult. Although preoperative imaging or fine needle aspiration cytology may help to reveal diagnosis, they are inadequate. The definitive diagnosis is made by histopathological examinations.

Schwannomas are benign, solitary and well-differentiated tumours originating from Schwann cell [1]. Nearly 45% of all schwannomas occur in the head and neck area, where they may originate from any of the peripheral, cranial or autonomic nerves [2]. These benign tumours occur regardless of age or sex and are painless, insidious and slow growing [3]. So, they are of long duration at the time of the presentation and rarely show a rapid course [4]. Malignant transformation is very rare. The nerve of origin is not identified in around 10 to 40% of schwannomas [5]. Among the cranial nerves, schwannomas can arise from the glossopharyngeal, accessory, and hypoglossal nerves, while the most common type is acoustic neuroma differentiating from the vestibulocochlear nerve. The most commonly affected regions are the temporal bone, lateral neck (Para pharyngeal space), and paranasal sinuses [6].

It may present as a lump in neck with dysphagia, pain. Patients with malignant tumours are more likely to present with a rapidly growing neck mass, pain, trismus, otalgia, or cranial nerve deficits.

We present a case of neck mass without any of above features which after surgery on histopathological examination shows schwannoma. It was considered in differential diagnosis of other mass in Para pharyngeal mass like metastatic cervical nodes, paragangliomas, branchial cysts, lymphomas, neurofibromas.

A 37 year lady came to outpatient department of a tertiary care hospital with a swelling in left side of neck for last one year. It was slow in onset and gradually progressive in nature. There was no complain of breathing difficulty, change of voice, pain or difficulty in swallowing or pain in ear.

On local examination, a nonpulsatile oval shaped 3.5 × 2.5 cm swelling in left side of neck (Figure 1) in supraclavicular area with ill-defined margins. It was nontender, firm in consistency, mobile. It was getting more prominent on moving the neck against resistance. Figure 1: Swelling in left side of neck. Postoperative recovery was uneventful. On gross examination of mass, it was encapsulated oval shape with 3.5 × 2.5 cm size, firm with smooth surface (Figure 5).

Histopathological report showed verrocay bodies which confirmed it to be schwannoma (Figure 6). Patient was followed up for six months and there was no recurrence. Neurogenic tumours arise from the neural crest which differentiates into the Schwann cells and the sympathicoblasts. The Schwann cells give rise to neurofibroma and neurilemmoma (Schwannoma). A schwannoma is a slow growing solitary and encapsulated tumour attached to a nerve. Degenerative changes such as cystic alterations and haemorrhagic necrosis are seen in schwannoma 1 whereas such changes are not seen in neurofibroma. Schwannoma may arise from any cranial or spinal nerve that has a sheath i.e., any motor or sensory nerve other than the optic and the olfactory nerves which do not have the Schwann cell sheath. Schwannoma was first established as a pathological entity by Verocay in 1908 who later called it neurinoma in 1910. Later the term neurilemmoma 3 was coined by Stout in 1935. Para pharyngeal space is the site of schwannoma in head and neck region accounting for 25-40% of all reported patients. The first case of neurilemmomma within the Para pharyngeal space was reported in 1933 by Figi. Other sites in the head and neck like submandibular space, paranasal sinuses, cheek and, oral cavity are rare.

The size of the tumour may vary from few mm to over 24 cms. The clinical signs and symptoms vary according to the anatomic site of the tumour in the head and neck. Majority of the patients present with a painless mass and pain may be present only in few cases. Other symptoms may be difficulty in breathing(nose), dysphagia(pharynx), epistaxis (PNS), hoarseness (larynx)or only a swelling in the neck(Para pharyngeal space). The swelling is freely mobile in soft tissues, but when it is connected to a large nerve or trunk there is restriction of the movements, even primary nerve of origin may be entirely encompassed within the tumour. The schwannoma may arise at any age and there is no gender or race [7]. It has been reported that in the nose and paranasal sinuses, maxillary branches of trigeminal nerve, intranasal nerve and branches of autonomic nervous system may be the site of origin. In the neck, the schwannoma has been divided into medial and lateral group. Medial group arises from the last four cranial nerves and cervical sympathetic chain. Lateral group arises from the cervical nerve trunk, cervical plexus and the brachial plexus. Schwannoma may also originate from vagus nerve, sympathetic chain or the glossopharyngeal nerve [7]. A case has been presented in submandibular region which shows atypical site of origin [8].

The preoperative diagnosis of schwannoma in the head neck region is difficult. Most of the investigations like FNAC, CT or Magnetic resonance Imaging (MRI) are generally done. MRI possesses many advantages and has excellent soft tissue contrast, three dimensional modelling. On the other hand, CT is useful where bone is involved like pteryrgoid plates or bone of posterior wall of maxillary sinus [9].

Treatment is surgical excision, trans cervical approach (for post styloid compartment) [9]. The tumour is radio resistant and the possibility of the malignant change of the benign tumour is extremely rare. Radiotherapy should be reserved for palliation only in cases of inoperable tumours [7].

Histopathologically it has typical presentation. Diagnostic features include a fibrous capsule, hyaline vessels, cellular (Antoni A) and loose textured (Antoni B) areas, Verocay bodies (opposing rows of spindle nuclei separated by anucleate rows of eosinophilic processes). Retrogressive changes are common in large, old tumours, and include “degenerative nuclear atypia,” vascular sclerosis and haemorrhage as well as occasional micronecroses. Micro cyst formation, some with a pseudo epithelial lining of plump Schwann cells may also be seen [10].

Cervical schwannomas, which most often present as asymptomatic unilateral neck masses, are rare tumours. The preoperative diagnosis may be difficult and it is often not made until the time of surgery. The definitive diagnosis relies on clinical suspicion and histopathological confirmation. In the treatment of head and neck schwannomas, complete surgical excision with appropriate approaches is efficient. It is important bearing in mind possible vagal or sympathetic chain injury. Local recurrence is extremely rare.

Copyright: © 2016 Das J, et al. This is an open-access article distributed under the terms of the Creative Commons Attribution License, which permits unrestricted use, distribution, and reproduction in any medium, provided the original author and source are credited. 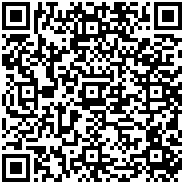