Changes in the Frequency of Airway Infections in Smokers Who Switched To Vaping: Results of an Online Survey

1Wolfson Institute of Preventive Medicine, Barts and the London School of Medicine and Dentistry, Queen Mary University of London, UK

2Department of Pharmacology and Toxicology, Institute of Pharmaceutical Sciences, University of Graz, Austria

Copyright: © 2016 Miler JA, et al. This is an open-access article distributed under the terms of the Creative Commons Attribution License, which permits unrestricted use, distribution, and reproduction in any medium, provided the original author and source are credited.

Background and aim: Cell and animal studies suggested that use of e-cigarettes may increase vulnerability to respiratory infection, though the available studies have serious limitations. Limited data are available on respiratory health of vapers.
Methods: An on-line survey assessed subjective changes in respiratory symptoms in smokers who switched to vaping for at least two months.
Results: Among 941 responders, 29% reported no change in respiratory symptoms, 5% reported worsening, and 66% reported an improvement. Among qualitative comments, 232 elaborated on positive and 15 on negative experiences.
Conclusion: The switch from smoking to vaping was associated with a reduced incidence of self-reported respiratory infections. Further studies using objective measures in samples that are not self-selected are needed.

E-cigarettes (EC) deliver nicotine without combustion chemicals and are therefore considered to be much safer than conventional cigarettes [1,2]. Some potential risks however have been flagged up in cell and animal studies suggesting that vaping may increase vulnerability to respiratory infections [3,4]. There are only limited data available on respiratory health of vapers. Human EC trials reported no significant adverse respiratory effects associated with EC use for up to 1.5 years and a follow-up study of smokers with asthma who switched to vaping found significant improvements. We conducted an on-line survey to assess subjective changes in respiratory symptoms in smokers who switched to vaping for at least two months [5,6].

The survey was posted by BM on two large German vape forums previously used by BM, E-Rauchen-Forum (http://www.e-rauchenforum. de/thread-82289.html) and Dampfertreff-Forum (http:// www.dampfertreff.de/t118747f1379-Umfrage-Haeufigkeit-von- Atemwegsinfektionen-quot-Schnupfen-quot-nach-Umstieg-auf-ECigs.html). Most of the active members of these forums are ex-smokers using refillable ‘tank’ system EC products.

The question asked was: Since switching to e-cigarettes, the frequency of any airways infections I get has: a) decreased; b) not markedly changed; c) increased. We calculated proportions for each answer and their confidence intervals for each answer using SPSS.

Participants were able to elaborate on their answers with further comments.

The survey was conducted between 24th of September 2014 and 31st December 2015. The software identifies responders and prevents repeated responses. Vapers who are members of both were asked to answer only once. 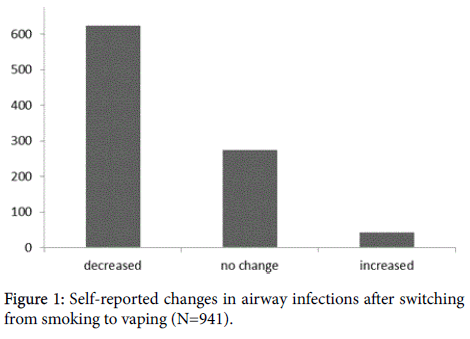 Figure 1: Self-reported changes in airway infections after switching from smoking to vaping (N=941).

There were 247 qualitative responses commenting on improvements or worsening in the rates of respiratory infections after switching from smoking to vaping. The total of 232 comments concerned positive and 15 concerned negative effects.

“I’ve been vaping for 13 months and had none [infections] while earlier I had colds and sore throat 2-3 times a year.”

“I’ve been vaping for 2 years and in this time I had one flu-like infection. As a smoker I used to have them at least twice a year, for weeks at a time. I used to have to deal with a persistent cough and mucus production. This year the infection had passed within 3 days.”

Here are some examples of negative reports:

“I smoked for 15 years and in those 15 years I was never really ill. After quitting smoking I have already had 2 flu-like infections […].”

“I have completely switched to vaping in 2009. At that time, the first 3 smoke-free years I was definitely sick less often than during my smoking years. But I have observed that I have been sick more often in the last 3-4 years (a cold about 4-5 times a year). However, I must say that I became a father 4 years ago. Maybe it has to do with my daughter - she often infects me now. I'm mostly ill after she has been ill.”

The majority of smokers who switched to vaping reported a reduction in the frequency of respiratory infections.

The survey has several limitations. The reports were subjective and there is a possibility that vapers were trying to portray vaping in a positive light to counteract the general anti-vaping ethos of public health and media coverage of vaping in German speaking countries. The survey pleaded for honesty, but it is possible that some responders reported improvements in infection resistance even when the actual change was small or none. Even with this caveat concerning the size of the positive change, the results are reassuring in that only a small proportion of respondents reported an increase in infections. If switching to vaping generated a genuine problem, it could be expected that affected vapers would report this. Another potential problem is that smokers who experience adverse effects when vaping could be expected to stop using e-cigarettes and so would not be in the sample. This however also means that should such effects exist, they would be self-limiting. Other limitations concern a possibility that some respondents may have been still smoking, or may have been vaping for less than two months, although if this were the case, it would make the results more rather than less conservative.

The results seem to contradict the findings from cell culture and animal studies, but these studies have serious limitations. Regarding the study that found a damage to epithelial cells harvested from 8-10 year old donors and incubated in e-liquid (not in e-cigarette aerosol) for up to 48 h, it is unclear to what extent such exposure corresponds to effects of vaping [3]. Also, no comparison with effects of cigarette smoke was included. Regarding the mice study, it has been pointed out that the increased morbidity and mortality in experimental animals could have been caused by high levels of stress and nicotine poisoning rather than by the presumed effects of free radicals [2,4]. The study did not include a smoking control either, but it noted that the level of free radicals was ‘several orders of magnitude lower than in cigarette smoke’. As noted earlier, human studies did not detect any adverse effects of vaping and beneficial effects were noted on asthmatic patients [6].

The finding of an improvement in respiratory health in people who quit smoking is not surprising because smoking causes increased susceptibility to respiratory infections [7]. In addition to this however, there is also a possibility that inhaled propylene glycol may further magnify this effect. This is because this key ingredient of most e-liquids has antimicrobial effects [8]. In a classical experiment, 1mg of propylene glycol vapour in two to four million cc. of air produced complete sterilisation of air into which pneumococci, streptococci, staphylococci, H. influenzae, and other microorganisms as well as influenza virus had been sprayed [9]. Vaping may provide a degree of antimicrobial protection, but experimental evidence is needed to confirm whether such an effect exists.

In summary, the switch from smoking to vaping seems associated with a reduced incidence of airway infections, but further studies using objective measures are needed.

We are grateful to vapers who responded to the survey. The survey required no external funding. None of the authors declare any relevant conflict of interests.