Although bariatric surgery is an effective treatment for morbid obesity, approximately 20-30% of the patients stabilize premature in weight loss or regain weight post surgically. Adherence to post-surgical diets and permanent changes in life style concerning eating habits and physical exercise are supposed to be important factors for successful weight loss on the long term. A preoperative cognitive behavior therapy (CBT) protocol has been developed, based on treatment protocols for eating disorders and obesity and modified for bariatric surgery patients. This 10 session treatment is focused on modification of thinking and behavior in terms of eating habits and physical activity. This procedure is promising as illustrated by a case study.

Bariatric surgery is an effective treatment for morbid obesity. However, 20-30% of the patients experience premature weight stabilization or weight regain [1,2]. Among other factors, dysfunctional eating behaviors such as emotional eating, binge eating and loss of control over eating, have been indicated as negative psychological factors for treatment outcome [3,4]. As such, behavioral life style interventions seem important to achieve optimal weight loss results [5].

A preoperative cognitive behavior therapy (CBT) protocol has been developed, which is based on cognitive behavioral treatment protocols developed for eating disorders [6] and obesity [7] and modified for bariatric surgery patients. In this protocol patients receive 10 sessions of CBT focused on nutritional and activity management (session 1-4), cognitive restructuring and self-control (session 5-8) and relapse prevention strategies and preparation for the period after surgery (session 9-10). See Table 1 for an overview of the interventions in the 10 sessions. In this paper, this intervention and its possible effects will be described.

The 10 session CBT protocol in Table 1 and its possible effects will be demonstrated by using a case illustration. A randomized clinical trial with long-term follow-up examining the added value of preoperative CBT for bariatric surgery patients is currently being conducted [8]. The CBT treatment described in the case illustration was carried out within this context. This bariatric surgery patient gave written informed consent for this paper and will be called Ellen.

Ellen, a 44-year old woman with severe obesity (BMI>40) was admitted for bariatric surgery in a Dutch hospital, after being medically and psychologically screened. She received the CBT pre surgically. Treatment started with presenting a rationale defining obesity as a behavioral problem resulting from a disturbed balance of energy intake (overeating) and energy use (under activity). A weight graph was drawn to identify factors related to the course of weight (changes). This graph showed a mixed trend of weight gain and weight loss, although she mainly gained weight over the last 20 years up to a BMI of 44. Factors and circumstances she related to her struggle with weight during her life were: overweight in her childhood, being put on a strict diet by a school doctor, emotional neglect, being placed in a children's home, two negative partner relationships in her young adulthood, a joint habit of overeating in her present relationship, irregular eating and working in shifts during her work as a bus driver and a sedentary life style. Overeating had become her way of coping with negative emotions, whereas dieting had become an attempt of increasing control over her life. Although confronting, the graph clarified several factors that played a role in the origin and persistence of her obesity. A cost-benefit analysis of overeating and under activity and her current life style revealed that this behavior had more costs, such as negative somatic and psychological consequences, than benefits such as decrease of negative emotions and stress.

In the second CBT session information was provided concerning healthy food and eating habits, and her current eating pattern was discussed. This made clear that her eating pattern was very irregular, and that her daily food intake contained insufficient nutrients. Selfmonitoring through keeping an eating diary was introduced. Further homework consisted of taking four medium mealtimes (two meals and two snacks) during the day at the dinner table.

Discussing homework in the third session made clear that Ellen felt more energetic by eating regular meals. The importance of regular moderate intense physical exercise was stressed in the reminder of this session, as well as being active throughout the day by changing small daily routines such as taking the stairs instead of the elevator. As part of a gradual build-up of physical activity the goal for next week was set at walking three times a week for 5-10 minutes.

The fourth session was focused on further lifestyle changes regarding eating and physical exercise, and setting goals for the remaining change needed. Ellen told that she started to get used to regular mealtimes during the day. Further, having dinner at the table and walking together with her husband contributed to more conversation and quality time. This motivated them to start swimming together. Healthy eating habits like mindful eating, chewing well, eating six small to medium mealtimes a day and eating at a slower pace were discussed.

In sessions five to seven cognitive restructuring was introduced by using the ABC model to analyze activating event (A), beliefs and thoughts (B), and emotions and actions of problematic situations (consequences, C).

Using an ABC analysis, a birthday party situation was analyzed in which she overate. The analysis revealed that the abundant food on the table made her feel hungry (A), leading to the thought “I have to keep my diet, but this looks so good I can’t resist” (B). As a consequence, she overate and enjoyed this for a short moment, but felt depressed, weak and guilty afterwards (C). Alternative thoughts and behaviors were discussed using Socratic questions such as: “Is this thought true?” and “What’s your goal and does this thought help you reaching this?” Based on her answers, she formulated the alternative thought: “There’s a solution between dieting and overeating. I can take one thing as a snack as part of my regular eating pattern and stop after that”. As a behavior experiment, she was asked to take one chocolate and eat it slowly, first in session and next as a homework exercise for the next session.

Focus of the eighth session was enhancing self-control by stimulus control, stimulus response prevention and response consequences. The stimulus control interventions she worked on were planning mealtimes ahead, buying groceries with a shopping list and slow eating at the dinner table. Stimulus response prevention activities she developed were walking, asking her husband for help, expressing emotions, assertive behavior, and reading in her therapy workbook to remind her of helping thoughts and positive achievements. As a response consequence doing household chores for 15 minutes was selected as a negative consequence following overeating.

In session 9 a relapse prevention plan was composed bringing together (future) trigger situations, such as conflict situations, negative emotions, or parties and coping strategies to handle these situations, e.g. asking for support and planning of mealtimes.

When evaluating treatment in the 10th and final session, Ellen reported being very surprised she had managed to change her eating behavior after so many years of dieting. Overeating and emotional eating did not take place anymore, and she had normalized her eating behavior. Further, she thought her emotion regulation skills and assertive behavior had improved. She also stated to be happy she had found different ways of physical activity she enjoyed.

Further, important life style behaviors in the period after surgery were discussed in this session, such as continuous regular eating and exercise, chewing very well; adhere to guidelines of the surgeon and dietician and monthly weighing.

Results are summarized in Table 2. At pretreatment, scores on the Eating Disorders Examination-Questionnaire (EDE-Q) were elevated for all subscales, indicating eating disorder pathology [8]. At post treatment, dietary restraint and eating concerns were no longer present, whereas shape concerns and weight concerns showed a relevant decrease. At 1 year follow-up after gastric bypass surgery, eating concerns and dietary restraint were still in remission, whereas shape concerns were no longer present as well. Weight concerns had stabilized in the year following surgery.

The dutch eating behavior questionnaire (DEBQ) showed a gradual decline over time for all three subscales: emotional eating, external eating and restrained eating. At 1 year follow-up scores were reduced by half compared to pre-treatment measurement.

This case description shows that the preoperative CBT protocol contributed to positive and enduring effects in reducing risk factors for premature weight stabilization or regain after bariatric surgery, such as emotional eating and loss of control over eating. This was achieved by supporting the patient in gradual life style changes, such as adopting adaptive eating behaviors and increasing physical activity. A care manager, collaborating with the patient, general practitioner and specialist could also play a role in maintaining these life style changes in the long run [9].

A recent review of studies and literature on CBT and predictors of weight loss shows CBT is effective in reducing disordered eating behaviors and affective symptoms in pre and postoperative patients [10]. Whether this also prevents relapse and weight regain is currently under investigation [8], but it is expected that adding on CBT can contribute to optimizing weight loss results as well as psychological functioning and adjustment after bariatric surgery.

Informed consent was obtained from the individual whose case is illustrated in this article.

Copyright: © 2017 Paul L, et al. This is an open-access article distributed under the terms of the Creative Commons Attribution License, which permits unrestricted use, distribution, and reproduction in any medium, provided the original author and source are credited. 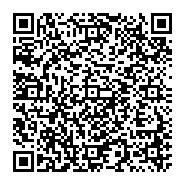