Copyright: © 2013 Butnariu M, et al. This is an open-access article distributed under the terms of the Creative Commons Attribution License, which permits unrestricted use, distribution, and reproduction in any medium, provided the original author and source are credited.

Acid rain has become a major environmental concern for several decades. Until recently little was known about acid rain. Several studies have been done to determine chemistry of environmental problems. Scientists have suggested some theories to explain this phenomenon. Its devastating consequences have been made only recently. Acidity is measured using pH scale (Figure 1), with number 7 being neutral. Consequently, a substance with pH less than 7 is acidic, while one with a value greater than 7 is a base. It should be noted that pH scale is logarithmic; meaning a substance with pH of 6 is ten times more acidic than one with a pH of 7. In general, pH 5.6 was used as a starting point in identifying acid rain, although there have been many debates on this value. Quite interesting is that pH 5.6 is pH of carbon dioxide in equilibrium with distilled water. For this reason, acid rain is defined as any rain at level of acidity than unpolluted rain. In essence, any precipitation that has pH less than 5.6 is considered acidic precipitation [1]. Acid precipitation acidity depends not only on level of emissions, but also mixtures of chemicals that interact with SO2 and NOx in atmosphere. Sulphuric and nitric acid formation is a complex process consisting of several chemical reactions. It is important to consider both phases: solution and gas in conversion process.

This reaction occurs at an appreciable rate and is believed to be only one that contributes to oxidation of O2 in atmosphere [3]. The hydroxyl radical produced by photodecomposition of ozone and is considered to be very reactive species.

This dissociation occurs by two processes:

Equilibrium depends on factors such as pH, droplet size, etc. Solution of sulphur dioxide oxidation with molecular oxygen is based on a metal catalyst such as Fe/Mn or a combination thereof [4]. Oxidation by ozone is a more remarkable because it does not require a catalyst and is 10 to 10 May abundant in atmosphere than molecular oxygen. The oxidation process is dominated by hydrogen peroxide (formed by gas phase free radicals). The reaction involves formation of an intermediate (A), possibly an ion peroxomonosulphuric acid (PMSA) and occurs as follows:

As sulphur dioxide, most are contributing to formation of nitric acid reaction with hydroxyl radicals. These radicals are highly reactive and abundant in atmosphere. The reaction occurs as follows:

There are several other possibilities, such as oxidation with atmospheric oxygen, however none produced a substantial rate in atmosphere to contribute significantly to formation of nitric acid.

There are three equations in NOx oxidation solution:

These reactions are limited by their dependence on partial pressure of NOx present in atmosphere and NOx solubility law.

Some of constituents of acid pollution are sulphates, nitrates, ozone and hydrocarbon compounds. They exist as particles in air and contribute to formation of fog, affecting visibility. This makes movement difficult, especially for pilots. Fog acid also prevents sunlight from sun to earth and back. In Arctic, which affect growth of lichens, which in turn affects reindeer and other animals that feed on lichens [5,6].

Acid particles are also deposited on buildings and statues, causing corrosion. Limestone and marble turn into a crumbly substance called gypsum, after contact with acid, which explains corrosion of buildings and statues. Corrosion problems on bridges faster, and road industry, like air, need to invest more money in repairing damage caused by acid rain. Not only is it an economic problem caused by acid rain, but it is also a risk to public safety.

Acid rain breaks materials and fabrics. For example, flags flown are “eaten” by acidic precipitation chemicals. Books and art objects dating back hundreds of years are also affected. Ventilation systems of libraries and museums, where they are kept [7], not acid prevent particles in buildings and so they enter, circulate and damage materials.

Some of most serious consequences of acid rain on humans are respiratory problems. Emissions of sulphur dioxide and nitrogen dioxide give rise to health problems such as cough, asthma, headache, eye irritation, nose and throat. An indirect consequence of acid rain is that toxic metals dissolved in water are absorbed by fruits, vegetables and animal tissues. Although these toxic metals do not directly affect animals, they have serious consequences on humans when consumed. For example, mercury, which accumulates in organs and tissues of animals, is linked to brain dysfunction in children, and nervous system diseases, brain damage and even death can occur. Similarly, metal, aluminium [8], present in bodies has been associated with kidney problems; has recently been suspected to be linked to Alzheimer’s disease. Even without accidents, sulphur dioxide, regularly issued this factory was linked to chronic bronchitis factory employees.

Consequence on trees and soils

One of most serious impacts of acid rain on forests and soils is. Major damage occurs when sulphuric acid falls to earth as rain. The nutrients found in soils are removed. Aluminium, also present in soil is released and this toxic element can be absorbed by tree roots [9]. The trees are destined to die, being deprived of vital nutritive, such as calcium and magnesium. They are replaced by hydrogen atoms useless, which slow photosynthesis. In addition, severe frosts may worsen situation. With sulphur dioxide, ammonia and ozone present in air, frost resistant trees are reduced. The ammonia ions are oxidizing sulphur dioxide to by ammonium sulphide. It forms on surface of trees. When it reaches soil ammonium sulphide, it reacts to form sulphuric acid and nitric acid. Such condition also stimulates growth of fungus and pest occurrence. Nitric oxide and nitrogen dioxide component of acid rain also can force trees to grow, even if they have necessary nutrients. Trees are often forced to grow than late autumn, when they should prepare for severe winter frosts. Acid rain damages soil exerts its various ways: direct actions on leaves (burns, reduced cuticle and increasing water loss) leading to reduced photosynthesis and downturn; nutrient leaching from soil as a result of acidification, blocking ion exchange due to reduced pH; decreased bioavailability of clay bound water; solubilization toxic elements in soil (Al, Hg etc.); and reducing activity of useful bacteria in soil stimulation of phytopathogenic fungi. Imbalances induced acidification in ecosystems (especially in forest ecosystems) lead to destruction of large areas of trees (germ waldsterben=to perish forest).

German name of phenomenon is because acid rain phenomenon was reported for first time in Germany in early 70s of last century. The forests are most affected by soil degradation phenomena, under action of acid rain because: consist perennial, that integrates life cycle impact toxins forest soils are formed generally characterized by acidity, acid rain pushing up soil pH beyond optimum value to allow deployment of biological processes in soil [10]. The phenomenon of land degradation under action of acid rain present itself for agricultural crops but in these situations amendments / soil improvers improve situation under ratio pH. Unfavourable action of atmospheric pollutants to soil and caused establishment of maximum admissible concentrations of these pollutants in air and emission standards imposed certain polluters anthropogenic (industrial and transportation).

Consequence on lakes and aquatic ecosystems

One of direct consequences of acid rain is lakes and aquatic ecosystems. There are several ways in which acidic chemicals can enter lakes. Some chemicals exist as dry particles in air, while others go into wet paint as particles such as rain, snow, sleet, fog. In addition, lakes can be considered as ‘sinks’ of earth, where rain water runs falling on ground. Acid rain that falls on ground, wash nutrients from soil and carries toxic metals released from ground into lakes. Another way to reach lakes acids spend spring by snowmelt when acids and chemicals enter soil being carried to rivers and lakes. This causes a drastic change in pH lakes.

Aquatic ecosystem has time to adjust revulsion. In addition, spring is vulnerable to many species, period of breeding amphibians, fish and insects. Many of these species lay their eggs in water, and sudden change in pH is dangerous because these acids can cause birth defects or even annihilate chickens across species, since they spend most of my running by water. Pisces, primary members of food chain, is food for many species of animals, among which man [11]. As of toxic materials (mercury) in fish stored as a result of acid rain is dangerous for people to consume more. Amphibians are also affected, like fish, not being able to reproduce them in an acidic environment.

The hearing daily discussions about modifying pH if acid rain or “pH balanced” of cosmetics. For experts, pH is an important parameter that characterizes life cycle quality. Why? As these chemicals react of solution are determined by nature acid, neutral or alkaline.

”Life is the fire that burns and the sun that gives light. Life is the wind and the rain and the thunder in the sky. Life is matter and is earth, what is and what is not, and what beyond is in Eternity.” (Lucius Annaeus Seneca). 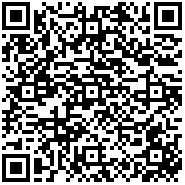