Copyright: © 2016 Gerald T Kuwada. This is an open-access article distributed under the terms of the Creative Commons Attribution License, which permits unrestricted use, distribution, and reproduction in any medium, provided the original author and source are credited.

A case study is presented after a patient was severely injured as he exited his car and the train struck his car at that moment. Twenty-five years after the injury the patient presents for consultation to reconstruct his Achilles tendon. The reconstruction was done in 1992 and the result was the patient was able to walk, run and play baseball for the first time in 25 years since his injury. In this case the superior halves of the peroneal tendons were used as autografts and re-enforced with synthetic mesh.

What can be done to salvage a limb after severe injury to the posterior compartment of the patient’s lower leg? If there is neurovascular compromise to the limb, below the knee amputation is recommended as the best treatment option. If there is viable circulation present in the posterior compartment a salvage procedure might be done especially if the patient refuses a below the knee amputation. In this case the surgeon repaired what he could after determining most of the Achilles tendon was damaged beyond repair but part of the gastro-soleus muscle belly was intact. The patient states he had four operations with the last several procedures skin grafts to cover the remaining defects. Eventually his lower leg healed a year later. What remained of his leg was a toe walking patient who used a cane most of the time to walk and on occasion crutches. He was never able to play baseball, run and jump after the injury which he regretted. He eventually got married and had several children who are now adults and who also have children. At the time of the injury he lived in a small town with a small community hospital which had no CT scanner, or MRI capability. These technologies were relatively new and represented advanced technologies which were too expensive for the community hospital. The surgeon who salvaged the patient’s limb depended on x-rays and his clinical skills and surgical experiences to save this patient’s leg. Under the circumstances he did a remarkable job salvaging the patient’s leg.

This was a major reconstructive surgery performed in 1992. It was an extremely difficult and challenging case yet the outcome of the surgery was remarkable from the patients perspective and as the surgeon. At that time there was no reported case of a total reconstruction of an Achilles tendon after injury in the medical literature. Total reliance on my surgical skills and experience as well as my imagination were my tools to reconstruct a new Achilles tendon for this patient. A fire destroyed my old storage unit where an estimated 10,000 charts were stored in 1992. Some charts and records survived and transferred to a new storage facility. Upon closing the storage until in 2013, the original pictures of the proposed surgery and parts of the medical records were uncovered. It was at that moment a case presentation would be forthcoming despite the many years that had passed.

A 52 year old Caucasian male presents to the clinic for complaint of severe, chronic ball of right foot pain. The patient states he had this problem for the past 25 years. The pain has progressed to the point where he can no longer tolerate the pain and this limits his ability to walk and stand comfortably. He states 25 years ago he was involved in a train car accident. He was a 27 year old when his car was stuck on the railroad tracks and he couldn’t get off the tracks in time. As he was exiting the car, the train struck the car and his right lower leg was severely injured. He continued by stating that his femur, tibia and fibula were fractured. He stated that muscles and tissues were hanging outside of his right lower leg. When he was hospitalized, the surgeon met with him and wanted to perform a below the knee amputation. The patient refused the amputation and pleaded with the surgeon to repair his lower leg as well as possible and hopefully he would heal. Reluctantly the surgeon agreed and salvaged the right lower limb as well as he could with what was left of his tissues, muscles and tendons. He was told he would most likely not be able to walk normally. The patient states he had several more operations including skin grafts to cover the large defects. Since that time he has used a cane as a walking assist device but now nothing seemed to alleviate his foot pain.

After my examination, my initial diagnosis was metatarsalgia due to overuse standing on the ball of his foot. He was barely toe walking. His foot was completely plantar flexed. He wanted to know what his treatment options were. Unfortunately, his medical records and x-rays at the time of his accident were lost, shredded or couldn’t be found. He asked if there was any possible chance that his leg could be corrected with surgery so he could stand and walk again. He was informed a review of the medical literature would be undertaken to see if there were other cases done that would help determine if it were feasible to reconstruct his lower leg. However, before an answer could be given, more information such as x-rays and an MRI would have to be done on his lower right leg. He asked to proceed with the diagnostic studies. The x-rays of his foot and ankle revealed no osseous ankle block or severe degenerative joint disease. The MRI revealed that a portion of the gastrocnemius muscle belly was intact and a section of the Achilles remained entrapped in adhesions of the posterior right leg.

The entire lengths of each peroneal tendon from its origin to its insertion but only use half of the each tendon to create the auto graft. This way he would still have function of the remaining attached tendons. Measuring these tendons end to end about 13 cm of tendon would be necessary to create a new Achilles tendon.

Detailed pictures describing the operation for the patient and his wife to see were illustrated (Illustrations 1a, 1b, 1c, 1d). Illustrations: The illustrations (1a, 1b, 1c, 1d) are the original drawings done prior to the reconstruction of the patients Achilles tendon in 1992.

A review of the medical literature in 1992 to see if there were any cases of complete reconstruction of the Achilles tendon was done but no references were found. The next week the patient and his wife were present and explained what could be done in an attempt to correct his condition.

He was informed that this was experimental procedure since no other surgical articles in the Medline search about reconstructing a new Achilles tendon and encircling it with mesh to add strength to the new tendon graft was found.

He was informed that synthetic mesh in been used in smaller cases and it seemed to work well.

He was informed them that there were no guarantee that the surgery would reverse his present state and lessen his forefoot pain.

He and his wife opted to proceed with the surgery despite my precautions and recommendations and signed the surgical consent forms and post-operative instructions. The surgery was performed at a local hospital in Seattle.

The surgery was performed under general anesthesia. The foot and lower leg were prepped and draped in the usual sterile manner. The patient was initially prone where a 16 cm incision was made to expose the posterior aspect of the right leg.

The incision was carefully dissected to the gastrocnemius muscle belly where a portion of the old Achilles tendon was located enmeshed with scar tissue.

The patient was repositioned laterally as the posterior incision was covered with sterile 4X4s with saline and antibiotic to prevent dessecation of the tissues. One large incision was made laterally exposing the peroneal tendons. Each of the 3 tendons were partially severed from the origin to the insertion. The other inferior sections of the peroneal tendons were left intact and functional.

The length of the new tendon was measured to be 13 cm long. The 3 tendons were laid lengthwise end to end and measured over 13 cm long. They were then carefully sutured together using non-absorbable sutures. A synthetic mesh was then laid flat and the tendon graft was placed on top of the mesh and then sutured together using nonabsorbable sutures on both the lateral and medial sides including the ends of the mesh and tendons. One end was sutured to the muscle belly and remaining scar and tendon mass.

The wound was constantly irrigated with saline and antibiotic solution to prevent infection. It was determined there was excellent reconnection and thickness of the autograft to close the wound in tissue layers.

The skin was closed in a subcuticular manner using absorbable sutures. I injection around the operative site using. 5% plain marcaine for pain control. The wound was dressed and a Jones type of posterior splint was applied with the foot at least 15 degrees plantar flexed.

No mid-thigh cuff was used. The patient tolerated the surgery well and was taken to recovery in stable and satisfactory condition.

Dressings were performed several times and eventually applied a BK cast to his foot that was slightly plantar flexed by about 10 degrees.

A month later the cast was removed and a partial weight bearing cast was applied with the foot near 90 degrees. He instructed to continue using crutches for mobility.

A month later the cast was removed and a walker type of boot was applied. He was referred to physical therapy for the next 3 months. Six months later the patient returned to the clinic with his entire family.

He expressed his sincere gratitude and appreciation for helping him achieve his dream of one day being able to walk, run and play baseball with his children and grandchildren.

He knew his case was extremely difficult and challenging but he never gave up hope and his dream of one day walking normal even though he had seen many surgeons in the past who told him the same thing repeatedly—“There is nothing that can be done surgically to correct your severe injury, Sorry.

You will have to live with what you have for the rest of your life”.

He called me 6 months later and said he continued to do well and had no pain in his foot. He again thanked me for all I had done for him to change his life and future [1-9] (Figures 1-7). Figure 4: Preparation of synthetic mesh for application to the graft. Figure 5: Preparation of the synthetic mesh: secure the Length of the mesh to the graft site. Figure 6: Graft sutured in place both proximal and distal. Figure 7: Graft and mesh sutured in place completing the reconstruction.

No outside funding supported this work.

There is no conflict of interest. 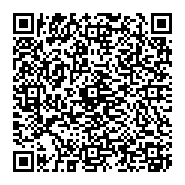