Copyright: © 2014 Ballas SK, et al. This is an open-access article distributed under the terms of the Creative Commons Attribution License, which permits unrestricted use, distribution, and reproduction in any medium, provided the original author and source are credited

Sickle cell is a complex inherited molecular disorder of hemoglobin structure. Recurrent painful vaso-occlusive crises are its hallmark. In addition, it is associated with chronic hemolytic anemia and its consequences that often require blood transfusion. Moreover, infection and progressive organ and tissue damage result in several morbidities and increased mortality. Almost all body organs and tissues are affected including the nervous, cardiopulmonary, hepatobiliary, gastrointestinal, musculoskeletal, genitourinary, endocrine and dermatologic systems. Although most of these systems are relatively well described and studied, a few other systems have been neglected. Most common among these is the otolaryngological and dental systems despite the fact that patients and providers are aware that dental problems among patients with sickle cell disease are common and are often associated with other
complications of the disease. This review describes the known dental complications of sickle cell disease with the hope that it may generate more studies and clinical trials on this neglected aspect of sickle cell disease.

SCD is basically a triumvirate of pain syndromes, anemia & its sequelae and organ failure including infection. In addition, comorbid conditions often occur especially among the older adult patients. Pain, however, is the hallmark of SCD and dominates its clinical picture throughout the life of affected patients. All body organs are affected or are at risk to be affected by SCD. Thus, complications of the musculoskeletal, nervous, cardiopulmonary, hepatobiliary, genitourinary and the endocrine systems are commonly known and described in the literature [4]. Other systems, however, lack a similar attention to address their prevalence, clinical manifestations, management and association with the other complications of SCD. These include the otological, craniofacial, orofacial and dental complications of SCD [4]. The aim of this report is to describe the scanty studies about the dental complications and emphasize the need for controlled clinical trials on this neglected aspect of SCD. Table 1 lists the dental complications described in the literature. Most of these are case reports, observational, anecdotal or pilot studies in nature. Details on some of these are described below.

Caries are the most common dental diseases globally and in patients with SCD as well. Caries are disorders of teeth characterized by progressive demineralization and destruction of the enamel, dentin and cementum of the teeth. Acidification of the oral environment is the major cause of caries. Acidification is caused by the fermentation of residual food particles (mostly sugars or carbohydrates) on the surface of teeth. Fermentation, in turn, is catalyzed by resident bacterial micro-organisms on dental plaques (also called “bio film” in Brazil). Untreated, caries cause gradual destruction and fractures of teeth and are associated with infection of the surrounding soft tissues and, in rare cases, thrombosis of the cavernous sinus that could be fatal. Moreover, caries often cause bad taste and halitosis that could be socially embarrassing. Dental caries are also referred to as tooth decay, dental decay or dental cavities. Cariology is a branch of dentistry devoted to the study of dental caries [5-7].

Patients with SCD seem to be more susceptible to dental caries than control patients without SCD [8,9]. The frequent use of soft drinks containing sugar for hydration and inadequate oral hygiene are predisposing factors. Moreover, the prevalence of caries in children and adults with SCD seem to be associated with the socioeconomic status of affected families. Thus, Adult African Americans with SCD and lowincome (< $15,000) and Brazilian children with SS whose families have low-income (< the Brazilian Minimum Wage) seem to be at high risk for dental caries and are less likely to receive adequate oral hygiene and preventative therapy [8,9]. One older report, however, found lower risk for caries in patients with SCD [10].

Recently, Passos et al. [11] reported that SCD does not specifically predispose to caries or periodontal disease. Risk factors known to cause caries and periodontal disease such as older age, daily smoking and lack of daily dental flossing had more influence on oral complications than the direct impact of SCD [11]. Moreover, de Matos et al. evaluated the oral microbial colonization of pediatric patients with SS after longterm prophylaxis with penicillin [12]. They found significantly higher oral level of yeasts and uncommon fungal species in the SS group compared to controls but the prevalence of caries was similar in both SS and controls [12]. Whether the utilization of oral opioids is associated with increased prevalence of dental caries among patients with SCD is unknown. Severe carious lesions have been reported in patients without SCD who used methadone syrup in a drug rehabilitation program [13]. In addition, there are anecdotes of multiple dental problems among patients with SCD including edentulous patients who lost all their decayed teeth.

These are erosions of enamel due to acidity that is not caused by bacteria but by food especially acidic fruit juices. Intrinsic causes of acidity include certain disorders such as gastroesophageal reflux where gastric acid is in contact with teeth. In severe cases erosion may spread to involve dentin beneath enamel. Dental erosion is also known as acid erosion. Dental erosions have not been described in patients with SCD [14,15].

These are micro-cracks within the enamel of teeth. Although they have been observed anecdotally by providers and patients with SCD they have not been reported in this patient population.

This refers to missing teeth due to failure for them to develop. It is also known as tooth agenesis. It has been described in one patient with Hb SC disease [16].

In dentistry occlusion refers to the way opposing teeth meet. Edward Angle, the father of modern orthodontics introduced the term malocclusion which is defined as a misalignment of the teeth between the two corresponding dental arches [17].

Angle divided malocclusion into three classes depending on the severity and the relation between the teeth involved. In class I the occlusion in a patient with SS (Figure 1) is normal for the first maxillary molar but abnormal for the other teeth with crowding, rotation, and spacing and over or under eruption. In Class II (Figure 2) there is discrepancy in jaw growth in a patient with SS where the lower jaw is deficient in forward growth causing an overjet (often referred to as an overbite) > 3 mm. In Class III (Figure 3) malocclusion in a patient with SS the lower jaw grows too far forward ahead of the upper jaw causing an under-bite also referred to as negative overjet [18]. Management of malocclusion includes the application of braces to the protruding teeth as shown in a patient with SS (Figure 4). The braces are ceramic or metallic sets of wire that are cemented to the teeth for 2 – 3 years. They are adjusted and tightened periodically by applying gradually increasing force to move the teeth into alignment.

Malocclusion has been described in sickle cell disease. Most of the reports, however, are case reports and retrospective or prospective observational studies [10,19-22]. Table 2 lists the prevalence of the three Classes of malocclusion in patients with SS in Lagos, Nigeria [22] and in Rio de Janeiro at HEMORIO. These rep orts showed that Class II malocclusion was most common in patients with SCD. The pathophysiology of malocclusion in SCD is not well known. It is thought that hypoxia secondary to sickling is associated with osteonecrosis of the jaw especially in the mandible causing mental nerve neuropathy [4,23]. Bone marrow hyperplasia in facial bones is also associated with depression of nasal bridge, midfacial overgrowth and malocclusion. Moreover, facial growth alterations which are common in SCD might influence malocclusion due to protrusive maxilla and more forward growth tendency of the mandible [24,25]. In some studies dental abnormalities were also relatively common in control subjects without SCD and in one study the prevalence was higher in controls [10]. Thus the pathophysiology of the association between SCD and dental complications is not clear and the scientific proof that SCD causes malocclusion is insufficient [26,27].

Table 2: Prevalence of the Classes of malocclusion in patients with sickle cell disease in Lagos and in HEMORIO. 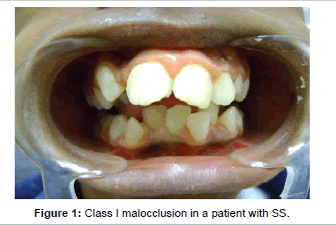 Figure 1:Class I malocclusion in a patient with SS. Figure 2:Class II malocclusion in a patient with SS. 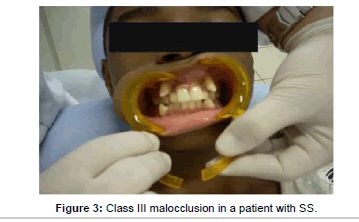 Figure 3:Class III malocclusion in a patient with SS.

Figure 4:Malocclusion before (A) and after (B) treatment with Braces cemented to teeth in a patient with SS.

Figure 5:Irregular radiolucency of dental pulp (Arrows) consistent with pulp necrosis in a patient with SS.

Pulp necrosis (also referred to as Queratinosis in Brazil) or dead pulp (Figure 5) is defined as necrotic dental pulp due to trauma, infection or chemical reaction characterized by no response to thermal stimulation. A necrotic dental pulp causes toothache, discoloration of the tooth, acute apical periodontitis, or dental abscess [28]. Two observational reports suggest that SS is a potentially risk factor for pulp necrosis in intact permanent teeth [29,30].

Poor dental hygiene leads to the formation of plaque on teeth when food particles interact with bacteria normally present in the mouth, Plaque that remains on the teeth for a long time hardens and forms tartar also called calculus. Persistent plaque and tartar cause gingivitis. If untreated, gingivitis progresses to more serious complications such as chronic periodontitis, dental abscess and bone destruction culminating in tooth loss [31]. Periodontal infection may precipitate painful vaso-occlusive crises and increase the frequency of hospital admissions among adult patients with SCD [32,33].

The strength of this mini review is the emphasis on the importance of dental complications in SCD which often precipitate or worsen other clinical features of the disease including vaso-occlusive crises and systemic infections. The weakness of the review is the lack of evidence that certain dental complications such as caries are specific to SCD bur are as frequent as in other patient populations. Specifically, patents with SCD often experience orofacial pain which seems to be of two types. The first type occurs in the absence of dental pathology and is probably associated with vaso-occlusive painful crises [29,36]. The pathophysiology of this type of pain seems to be due to vasoocclusion within the microcirculation of the facial bones and dental pulp with small microinfarcts in the bone marrow [36]. The second type of orofacial pain is due to specific oral and dental pathology including dental caries, pulpal necrosis, enamel hypomineralization and infections [37,38]. Dental care and dental hygiene among patients with SCD is a neglected area that requires more studies. Moreover, some dentists in Urban USA refuse to see patients receiving medical assistance or Medicare [8,38,39]. 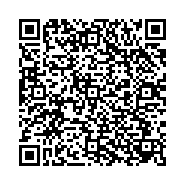