Development of Microbial Consortia for the Effective Treatment of Complex Wastewater

The complex wastewater was characterized for physicochemical parameter. Five microbial species were isolated from different potential sources and their degradation potential was evaluated individually and in the form of consortia. Accordingly, lab studies were carried out in biological treatment system using aerobic microbial consortia along with individual microbial species in separate reactors. Temperature and pH of reaction tank was continuously monitored during study period. Other vital physicochemical parameters viz. COD, BOD, TSS and TDS were evaluated during 72 hours of study. The microbial consortia comprise of Pseudomonas spp., Actinomycetes spp., Bacillus spp., Streptomyces spp. and Staphylococcus spp. was able to trim down the physicochemical parameters of complex wastewater. The consortia demonstrated high COD and BOD reduction up to 90.17% and 94.02% respectively, compared to individual microbial species ranging from 42.11-59.76% for COD and 58.55-77.31% in case of BOD.


The complex wastewater was characterized for physicochemical parameter. Five microbial species were isolated from different potential sources and their degradation potential was evaluated individually and in the form of consortia. Accordingly, lab studies were carried out in biological treatment system using aerobic microbial consortia along with individual microbial species in separate reactors. Temperature and pH of reaction tank was continuously monitored during study period. Other vital physicochemical parameters viz. COD, BOD, TSS and TDS were evaluated during 72 hours of study. The microbial consortia comprise of Pseudomonas spp., Actinomycetes spp., Bacillus spp., Streptomyces spp. and Staphylococcus spp. was able to trim down the physicochemical parameters of complex wastewater. The consortia demonstrated high COD and BOD reduction up to 90.17% and 94.02% respectively, compared to individual microbial species ranging from 42.11-59.76% for COD and 58.55-77.31% in case of BOD.
Keywords


Water, also known as blue gold, is one of the priceless gifts of nature. Water is also regarded as the life line on earth, because evolution of life and development of human civilization could not have been possible without water. The fundamental right to life includes the right to drinking water [1,2]. On the other hand rapidly increasing population, indiscriminate urbanization and rapid industrialization have placed tremendous pressure on the natural water resources and their quality [3].

One of the challenging issues facing mankind at this juncture is that of pollution of freshwater by various anthropogenic activities. Industries are consuming large amount of water and release large amount of effluent loaded with many pollutants [4]. In India more than 55% of the industries do not have any type of effluent treatment plant and around 20% have partial treatment facilities. All of these industries drain off black liquor without chemical recovery or treatment of effluent due to economic reasons [5]. In addition, microbial contamination from inadequate sanitation facilities, improper wastewater disposal, and animal wastes leads to the greatest effect on human health [6,7]. Thus, the current scenario is such that the higher concentration of contaminants even in the treated effluents, reach the surface and ground water systems thereby affecting vegetation, humans and animals. [5].

The industrial, municipal and agricultural wastes, which are legally or illegally discharged into the environment, are responsible for environmental pollution [8-10]. The major pollutants are present in the form of black liquor [4,11]. These effluents are dark brown in colour and associated with high BOD, COD, total solids and organic carbon [12]. The value of BOD, TSS and TDS varies with respect to industries. The industry specific BOD values are, for tanning industry (959.66 mg/lit), Textile industry (3900 mg/lit), Dairy Industry (8239 mg/lit), Cheese industry (mg/lit), Tannery (1100-2500 mg/lit), Yogurt and Buttermilk (1000 mg/lit), Distillery wastewater (36,000-204,000 mg/lit) [13-20].

Naturally occurring microorganisms are the workhorses of wastewater treatment consisting of bacteria, fungi, protozoa, rotifers, and other microbes. These organisms thrive on many of the complex compounds contained in wastewater. Small size, high surface area-to-volume ratio, and large contact interfaces with their surrounding environment are some of the ideal features of microorganisms as bio-indicators of chemical pollutant stressors [21].

The treatment of wastewater is an immense challenge now days. Though conventional wastewater treatment plants are running, it is very difficult for them to cope up the norms devised by regulatory authorities. Accordingly, the dire need has generated to develop the new technology for effluent treatment or to make the appropriate modification in the existing treatment process. The present study thus intends to perform by keeping the view that the conventional activated sludge process be boosted by introducing new kind of microbial flora along with indigenous one.
Materials and methods


The potential microbial species were isolated from different sources viz. ETP, CETP, sludge and soil. Isolation of bacterial species was achieved by pour plating method using Bushnell-Haas (BH) agar plates supplemented with 5% (W/v) of sludge/soil. All the plates were incubated at 37 ± 1.0°C for 48 to 72 hrs. The isolated colonies were purified and maintained on nutrient agar slants. The colonies were subjected to Gram staining and motility for morphological characterization. All the isolates were subjected to biochemical characterization using carbohydrate fermentation, IMViC and enzyme activity test as per the standard procedure. The organisms were identified to genus level using simple matching coefficient from Bergey’s Manul.
Treatability studies using individual microbial species


At the onset of experiment physicochemical parameters of complex wastewater including temperature, pH, TSS, TDS, BOD and COD were analyzed by standard method as per APHA [22]. The pure isolates viz. Pseudomonas spp., Actinomycetes spp., Bacillus spp., Streptomyces spp., and Staphylococcus spp. were inoculated into each pre-autoclaved 1000 ml complex wastewater collected from Common Effluent Treatment Plant (CETP). Accordingly, all the purified microbial species were grown in nutrient broth and 50 ml of each culture was added to respective flask to evaluate their potency with respect to wastewater treatment. The nutrients and trace elements were supplemented to avoid the sudden shock to microbial population. The continuous aeration and agitation was provided to enhance the process of biological oxidation. The physicochemical parameters were evaluated intermittently up to 72 hours for assessment of biodegradation potential of individual microbial species. Un-inoculated complex wastewater was used as blank to observe the variation.
Treatability studies using microbial consortia


The microbial consortia comprises of Pseudomonas spp., Actinomycetes spp., Bacillus spp., Streptomyces spp. and Staphylococcus spp. were collectively added to the reactor shown in Figure 1. The reactor contains pre-autoclaved 1000 ml of complex wastewater to that 10 ml each individual cultures in the form of consortia (total 50 ml) were added. Nutrients were also provided to avoid initial sudden shock to microbes. The constant agitation and aeration were provided to promote the biodegradation of recalcitrant’s by consortia. The biodegradation potential of microbial consortia was evaluated by removing an aliquot of wastewater after 72 hours. The intermittently removed aliquot was routinely analyzed to observe the variation in physicochemical parameters.
Results and discussion


A total of 11 microbial colonies were obtained after preliminary screening. They were further purified on nutrient agar plates. The colony morphology and microscopic characterization of each isolate is illustrated in Table 1. These isolates were biochemically characterized by fermentation studies of glucose, sucrose and lactose. Further characterization was done by indole production, methyl red, Voges-Proskauer and citrate utilization test. The results are shown in Table 2. The isolates were further characterized by evaluating the activity of catalase, amylase, oxidase and urease enzymes. The results are shown in Table 3.
Lab treatability studies using isolated organisms and consortia


All five microbial species were separately inoculated into each reaction tank. Before culture inoculation an aliquot was removed from each reaction vessel to obtain the physicochemical status of wastewater at the start of experiment. The same amount of aliquot was removed after 72 hours to evaluate the physicochemical status of wastewater during experimentation. The results obtained are shown in table 4.

The six crucial parameters were studied intermittently up to 72 hours when a microbial consortium was used in biological treatment system. The data obtained from the experimental setup illustrate that temperature of the system varies by 1°C in 72 hours span of the experiment. The 1°C fluctuation in temperature may not cause any deleterious effect on the life of microbial population in reactor and thus consortia contribute the degradation process of recalcitrant present in effluent. The pH of the system lies almost neutral during entire course of study which facilitates the growth of microbial consortia in wastewater.

The high Total suspended solids (TSS) can cause an increase in surface water temperature, because the suspended particles absorb heat from sunlight. This can cause dissolved oxygen levels to fall [23] and impart adverse effect on microbial life. It is known that warmer water holds less oxygen than cooler. The results also illustrates that total suspended solids was comparatively high at the zero hour however microbial consortium was able to reduce it by 79.76% within 72 hours in reactor. The value of TSS obtained after 72 hours came to permissible limit.

The total dissolved solid is closely links the bulk conductivity to microbial degradation of hydrocarbon [24]. The principal ions contributing to dissolved solids are carbonate, bicarbonate, chloride, sulphate, nitrate, silicates, sodium, potassium, calcium and magnesium. TDS value is observed to be reduced by 74.36% by microbial consortia after 72 hours. TDS value gradually decreases within time course of study by microbial consortia within permissible limit.

The microbial consortia comprises of Pseudomonas spp., Actinomycetes spp., Bacillus spp., Staphylococcus spp. and Streptomyces spp. showing optimistic effect in the reduction of vital content of wastewater viz. BOD and COD values. The Biochemical oxygen demand (BOD) is a measure of the oxygen used by microorganisms to decompose the waste. BOD was high at the zero hour of experiment but could be reduced below the permissible limit (100 mg/lit) as the time course of study progress. The maximum percentage removal of BOD in 72 hours by consortia was found to be 94.02% (Figure 2). Consortial strategy has been adopted by some workers for industry specific treatment. The BOD reduction of domestic wastewater by sedimentation, aeration, activated sludge and sand filter was reported as 97.66% using consortial system [25]. The value of Chemical Oxygen Demand (COD) at the onset of study was comparatively high. The microbial consortium was certainly able to reduce the COD value up to manifold. Figure 3 illustrate the percentage of COD reduction between microbial consortia and individual microbial species. The figure apparently suggests that microbial consortia able to reduce the COD by 90.17% compared to individual microbial species in the reaction tank. The other workers reported the reduction of COD in domestic sewage by 92.17% [25]. The percentage of COD reduction by individual microbial species reaches up to 59.76%, 52.95%, 54.53%, 42.11% and 48.66% by Pseudomonas spp., Actinomycete spp., Bacillus spp., Staphylococcus spp. and Streptomyces spp. respectively.
Conclusion


The five potential microbial species viz. Pseudomonas spp., Actinomycetes spp., Bacillus spp., Staphylococcus spp. and Streptomyces spp. were isolated from various sources. The percentage of COD reduction by microbial consortia reaches up to 90.17% vis-a-vis individual microbial species. The reduction of COD percentage varies from 42.11% to 59.76% in case of treatment by individual microbial species. Similarly the BOD reduction percent varies from 58.55% to 77.31% in case of individual species while consortilal system is able to reduce it by 94.02%. The other physicochemical parameters viz. TSS and TDS are also shown to be reduced by 79.76 and 74.36% respectively. The microbial consortia comprising of above five species have greater potential in terms of complex wastewater treatment. Consequently, the above microbial species in the form of consortia can be used in renovation of complex wastewater.
Acknowledgment


The authors express gratitude to laboratory staff of EIRA Division, NEERI, Nagpur, for their valuable support during the entire study. 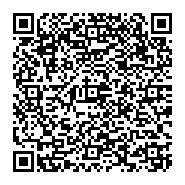