Aim: To evaluate influence of dexmedetomidine on incidence of chronic postoperative pain and neuropathic pain.
Background: Chronic postoperative pain (CPSP), pain that cannot be explained by other causes and that persist more than 2 months after surgery, occurs in 10-50% of patients after the major abdominal surgery. It is a medical problem with huge economic implications. Intraoperative infusion of dexmedetomidine (DEX), a selective alpha2 adrenoreceptor agonist and presence of epidural analgesia may affect the incidence of CPSP.
Method: Adult surgical patients from the Clinical department of abdominal surgery UMC Ljubljana that were planned to undergo one of the following procedures: stomach surgery, pancreas surgery or large intestinal resections, were included in this prospective study. All patients had epidural analgesia and intraoperative DEX infusion. Three months after the procedure, structured questionnaire was send to patients. The intensity and quality of pain were examined. DN4 (Douleur Neuropathique 4) and painDetect questionnaires were used.
Results: We have received 42 (50%) properly filled DN4 questionnaires and 45 (53%) pain-detect questionnaires. The incidence of neuropathic pain in our study was 7.1% (3 patients have met criteria for neuropathic pain according to DN4).
Conclusion: Our prospective study might suggest a favorable role of intraoperative dexmedetomidine infusion on post-operative incidence of chronic postoperative pain

There is a growing number of studies exploring the incidence of chronic postoperative pain (CPSP), pain that cannot be explained by other causes and that persist more than 2 months after surgery [1]. Neuropathic characteristics are often present. Reported incidence in abdominal surgery is 10-50% [2,3]. It is a medical problem with huge economic implications. In one-third of the patients consulting pain clinics, pain is consecutive to surgery [4]. For abdominal surgery, a randomized controlled study with 85 patients showed a beneficial effect on acute postoperative and long-term pain up to 12 months after surgery in patients who received perioperative epidural analgesia combined with ketamine infusion [5]. Other reports have also confirmed benefits of epidural analgesia alone [6].

Dexmedetomidine (DEX) is selective alpha2 adrenoreceptor agonist. It has a short terminal half-life (2 hr.), produces antinociception, e.g. by reducing hyperalgesia, inhibits the activation of microglia cells and signal regulated kinase in spinal dorsal horn after nerve injury, decreases the demand of intraoperative anesthetics and reduces the perioperative catecholamine release [7]. Peripheral administration of dexmedetomidine reduces mechanical and heat hyperalgesia and mitigates postoperative pain [8]. The growing number of evidence suggest beneficial effect of DEX and epidural analgesia on CPSP after major abdominal surgery. The aim of our study was to evaluate influence of DEX on incidence of CPSP and neuropathic pain.

Adult patients, ASA (American Society of Anesthesiologists) Class 2-3 surgical patients from the Clinical department of abdominal surgery UMC Ljubljana that were planned to undergo one of the following procedures: stomach surgery, pancreas surgery or large intestinal resections, were included.

All patients were visited by a member of our team a day prior to surgery to seek an informed consent and to answer any questions. Only patients scheduled for elective procedure with suspected carcinoma were included. Patients with contraindications for epidural analgesia and patients with planned postoperative stay in ICU were excluded. Patients were admitted to preoperative preparation area immediate before the surgery. After monitoring and iv-line placement, dexmedetomidine infusion was started (0.5 mcg/kg/hour). Continuous infusion ended after skin suture at the end of the procedure.

Thoracic epidural catheter insertion in left lateral position was performed before the beginning of the procedure. Intraoperative analgesia was achieved with levobupivacaine epidurally and supplementation of sufentanyl. PCEA was used for postoperative analgesia. Epidural block was considered efficient if no supplemental analgesia was needed during operation. Patients with inefficient block were excluded from the study. Three months after the procedure, structured questionnaire was send to patients. The intensity and quality of pain were examined. DN4 (Douleur Neuropathique 4) [9] and painDetect [10] questionnaires were used. Answers were collected, and statistical analysis was made using the IBM SPSS software 22 (New York, USA). P value of 0.05 was considered statistically significant. The study was approved by National Medical Ethics Committee of Slovenia and registered in ClinicalTrials.gov (NCT02293473).

Our study shows relatively low incidence of CPSP among our patients (7.1% incidence of neuropathic pain and no chronic pain estimated more than 7 on Numeric rating scale), comparing the data from the literature [1-3]. Pain behavior pattern in painDetect [10] shows majority of patients in patterns of pain [first and second pattern in the Table 3] that are less likely of neuropathic origin. Methods in studies differ and are not directly comparable, but they usually they report higher incidence of CPSP, 17% in study of Joris et al. [2] for laparoscopic colorectal surgery and similar incidence for laparotomy. Although epidural analgesia significantly decreases incidence of CPSP [6], the reported incidence (17.6%) is still higher than in our study [6]. This might suggest a favorable role of DEX infusion [8]. There is no statistically significant difference in CPSP in both subgroups, stomach and intestine surgery. The group is too small to analyze the influence of comorbidities, that may significantly affect CPSP [3,10]. 1 out of 5 (20%) insulin dependent diabetics developed CPSP.

Table 4: Results of sub-groups included in the study.

We have achieved only moderate response (53%) from patients. It is not possible to exclude the possibility that only the patients with favorable surgical outcome have sent their answers. This gives us falsely better numbers than they are. We did not analyze the psychological factors, such as depression that play an important role in CPSP.

The aim of our study was to find out the incidence of CPSP among our patients. There was no control group without DEX. Our prospective study might suggest a favorable role of intraoperative dexmedetomidine infusion on post-operative incidence of chronic postoperative pain.

Copyright: © 2018 Jenko M, et al. This is an open-access article distributed under the terms of the Creative Commons Attribution License, which permits unrestricted use, distribution, and reproduction in any medium, provided the original author and source are credited. 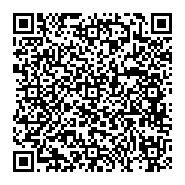