Copyright: © 2016 Wegdam JA, et al. This is an open-access article distributed under the terms of the Creative Commons Attribution License, which permits unrestricted use, distribution, and reproduction in any medium, provided the original author and source are credited.

Aim: To evaluate the similarities and differences in disease courses between right- and left-sided diverticulitis in a Western population.

Methods: All consecutive patients admitted in a Dutch regional hospital between 2004 and 2008 for conservative or operative management of clinically and radiologically confirmed acute right- and left-sided diverticulitis were analyzed retrospectively. Diverticulitis was clinically suspect if the patient presented with lower abdominal pain combined with at least one elevated inflammatory parameter (temperature, WBC, CRP or ESR). Diverticulitis was radiologically confirmed if at least US or CT demonstrated signs of acute right- or left-sided diverticulitis. Differences in incidence, patient characteristics, clinical presentation and disease course between the two diagnoses were analyzed.

It is unusual to diagnose a patient with acute right-sided colonic diverticulitis (RCD) in the Western world. Although RCD is more often diagnosed due to the routine use of radiological imaging, incidence of RCD remains low in the Western world [1-3]. In countries like Korea, China or Japan, the incidence of RCD is about a tenfold higher [4-6]. Therefore, RCD can be described as an Asian disease.

RCD is considered to have another etiology than left-sided colonic diverticulitis (LCD) because the type and location of the diverticula differ between Asians and Caucasians [7,8]. In the Asian population, colonic diverticulitis is merely a disease of middle aged patients, mostly right-sided, and originating from solitary true congenital diverticula in the cecum. The typical muscular wall hypertrophy seen in LCD, is never present in RCD [9-14]. On the contrary, diverticulitis in Caucasians is mainly a disease of the elderly population, commonly left-sided, and originating from multiple acquired pseudo-diverticula [15-18].

Because LCD and RCD are two distinct phenotypes of diverticular disease, they might also have different disease courses. Because RCD in Caucasians might also develop from acquired pseudo-diverticula in the sigmoid with a left to right sequence, a difference in disease course of RCD between Caucasians and Asians may be expected [19-21].

In daily practice this means that diagnostic and therapeutic approach of RCD follows the same principles as for LCD. However, results of this approach in Caucasian RCD patients is hardly supported by evidence. The data consist mainly of case series, evaluating patients in whom RCD was diagnosed postoperatively, and point into a more aggressive therapy in RCD [3,5,19-21,23-25]. However, a high operative rate of RCD precludes knowledge on the natural disease course of RCD. Studies describing Caucasian RCD patients that were diagnosed after radiological imaging are even more scarce and compromise only a total of 81 patients [2,24,26-28] (Table 1).

The different etiology and possible different disease courses between LCD and RCD, the lack of adequate data for RCD in a Caucasian population and the good results of conservative therapy of RCD in Asian patients were reasons to question whether it is justified to follow the same diagnostic and treatment approach for Caucasian RCD patients as for LCD patients [32]. We hypothesized that the disease course of RCD is similar to LCD in Caucasians patients, and resembles that of RCD is Asians, provided that the diagnosis of RCD is established adequately by imaging. To this purpose we retrospectively analyzed a consecutive series of Caucasian patients who were admitted to the hospital with acute right or left-sided diverticulitis and had imaging.

This retrospective study was performed in a non-teaching hospital in the Netherlands with an adherence of 175.000 inhabitants and encompasses a 5-year period, from January 2004 to December 2008. We searched the electronic hospital information system for the Diagnosis Treatment Combination Code for diverticular disease/ diverticulitis to identify all consecutive emergency patients admitted with left or right-sided diverticulitis, who were potentially eligible for inclusion in the study.

All consecutive patients admitted for conservative or operative management of clinically and radiologically confirmed acute LCD or RCD were included. Diverticulitis was considered to be clinically suspect if the patient presented a history of pain at the left and/or right lower abdomen combined with at least one of the following elevated inflammatory parameters: T > 37.5° Celsius, ESR > 10 mm/hr, or WBC > 10.000/m3 or CRP > 5 mg/L. Radiological diagnosis of diverticulitis was established if at least one imaging modality, US or CT, performed within one week after admission, demonstrated signs of acute LCD or RCD: colonic wall thickness greater than 4 mm, pericolic fat displaying straining and/or signs of complicated diverticulitis like pericolic abscess, pelvic abscess, extraluminar fluid, air or contrast [33]. Acute diverticulitis located in the cecum, ascending colon or proximal transverse colon was classified as RCD. Diverticulitis in the rest of the colon was defined as LCD.

If a patient had more than one episode of diverticulitis in the study period (2004-2008) only the first episode is included. Recurrent episodes were not included.

Patients with symptomatic diverticular disease, i.e. confirmed presence of diverticula in the colon, without elevated inflammatory parameters and/or without radiological diagnosis of acute diverticulitis are excluded.

The following data were extracted from the electronic and hardcopy medical records: Patient characteristics: age, gender, previous appendectomy, previous episode(s) of diverticulitis; Clinical presentation: location of abdominal pain, presence of vomiting, body temperature in degrees Celsius; Laboratory findings: ESR in mm/h, WBC in 103/l and CRP in mg/L; Radiology: type of imaging modality (US and/or CT) for the final diagnosis. Clinical course: conservative or operative management, early operative management (within 30 days after initial hospital admission) and length of hospital stay (days). In case of RCD, follow-up investigations, i.e. colonoscopy and colonic enema were documented and patients were interviewed by telephone regarding the number of recurrences and surgery for RCD. The duration of follow up was defined by the number of years between the first admission for RCD and last month of data accrual (September 2013).

Differences in patient characteristics between the group with LCD and RCD were analyzed using the Mann-Whitney U test for continuous data because of the large discrepancy in numbers between the groups, and with Fisher’s exact test for categorical data. SPSS software (PASW statistics 20.0) was used to analyze data. The statistical methods of this study were reviewed by HJ van der Zaag-Loonen, MD, epidemiologist from the Department of Epidemiology, Gelre Hospitals in Apeldoorn, The Netherlands. 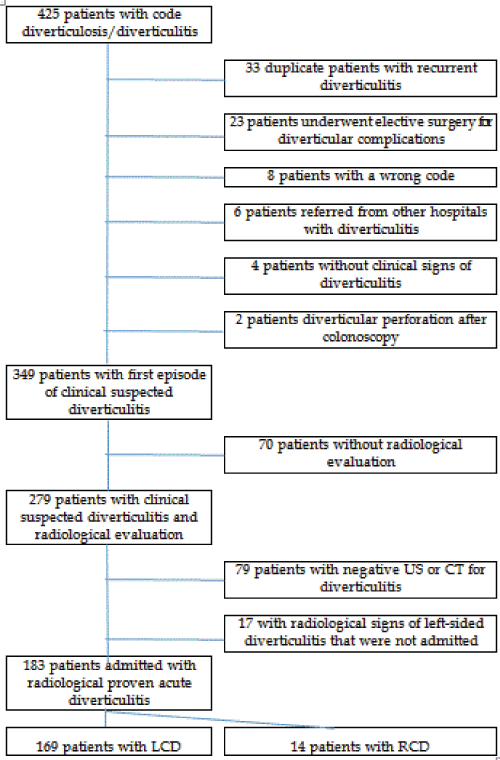 Figure 1: Selection of patients from cohort.

A total of fourteen patients (8%) was diagnosed with RCD. Table 3 summarizes the annual incidence of RCD compared to LCD.

Table 5 describes patient characteristics and clinical outcome of all patients with acute RCD in detail. Two out of 14 RCD patients underwent immediate surgery after initial radiological imaging. Both patients had inconclusive radiological findings of an atypical appendicitis or cecal diverticulitis. A gridiron incision was performed in both patients and an inflamed cecum with a normal appendix was seen.

Uncertainty concerning the diagnosis led to ileocecal resection in both patients. Both recovered uneventful. Histopathological examination demonstrated a non-inflamed appendix and a solitary inflamed diverticulum in the cecum in both cases. The 12 remaining RCD patients were successfully managed by conservative means with a median hospital stay of 6 days. One patient had a prolonged hospital stay for non-RCD related reasons. All RCD patients had a follow up with a median time of 7 (range 5-10) years. Follow up colonoscopy was not performed in one patient due to significant co-morbidities and refused by another patient. Only one patient, a 31-year old female, experienced a second episode of RCD (recurrence rate 7%), which was again successfully treated without operation. None of the RCD patients had late elective or acute surgery for RCD during the follow-up period. Combining the radiological findings with the postoperative pathology reports or follow-up colonoscopy reports, it was concluded that ten patients had a solitary diverticulum and four patients had multiple diverticula present in the cecum and ascending colon.

Major strength of this study is the use of patients with proven diverticulitis. Elevated inflammatory parameters in combination with positive radiological imaging results excludes the erroneous inclusion of patients with an assumed but later unconfirmed diagnosis of diverticulitis. In general, the interpretation of many study results on diverticulitis is hampered by the lack of a classifying diagnosis based on radiological imaging. Comparing RCD with LCD is even more difficult because most studies on RCD in Caucasians lack pre-operative radiological evaluation and are based on intra-operative findings. Hence, imaging is recommended in the diagnostic process of diverticulitis [22,35].

Interpretation of the results is limited by the retrospective nature of this study, the single center design and the relatively small number of RCD patients compared to LCD patients. Also, because standard US or CT was not a routine in the studied episode for every patient presenting with acute indeterminate right or left lower abdominal pain, the true incidence of both left- or right sided diverticulitis might have been underestimated. The mild clinical presentation of RCD may also explain the relative low incidence of RCD in the Western world whereby most patients are not referred to a hospital and remain undiagnosed.

This study demonstrates that RCD is about twelve times less common than LCD in a cohort of Western patients. The 8% prevalence of RCD is in accordance with that reported in literature [24,27,36]. For comparison, this percentage varies between 60-90% in Asians with acute diverticulitis [4,30].

Our study shows a predominant prevalence of RCD in elderly females in contrast to young males in Asian studies [8]. RCD in elderly female patients suggests an acquired origin of diverticula at the right side similar to that at the left side. However, in more than 70% of our patients RCD originated from solitary diverticula, indicative of true diverticula. Whether a right-sided diverticulum is a true congenital or an acquired pseudo-diverticulum, this study demonstrates that the clinical outcome when the diverticulum is inflamed is not different from LCD in Caucasian patients.

In the past, many studies advocated an aggressive, i.e. operative, treatment of RCD in Caucasians [3,5,19-21,23-25]. The historical concept that RCD in the Western world was a more aggressive disease than LCD was merely a reflection of the unfamiliarity with this disease, an inadequate diagnostic workup and decision making in the operating room.

Arguments exist to believe that RCD even has a milder clinical course than LCD in our patients based on a lower level of CRP and lower rate of severe diverticulitis at presentation, comparable to RCD in the Asian population. In addition, the recurrence rate of RCD of 7% in 7 years follow up in our study, is lower than that reported of LCD (up to 10-20% in 10 years) [4,11,18,33,37-39].

Successful results of non-operative management of uncomplicated RCD in both Western and Asian patients have been published before [6,12,14,24,28-31,37,40]. All but one of our RCD patients received antibiotics as part of their conservative treatment. Oudenhoven [28] and Lee [30] already demonstrated excellent results from nonantibiotic treatment for RCD. No need for antibiotics and successful conservative treatment in the majority of patients supports the theory that RCD in Western patients is in fact a self-limiting disease.

A Caucasian patient with pain in the lower right abdomen suspected of an acute inflammatory process benefits from radiological imaging to avoid unnecessary surgery. Taking into account the mild disease course of RCD demonstrated by this study and the good results of non-operative, and even non-antibiotic, therapy found in recent Asian studies, it seems justified to use the same diagnostic and treatment guideline for both left- and right-sided diverticulitis. Imaging also allows clinicians to determine the optimal management according to the severity of the diverticulitis [40]. This policy will definitively shift RCD from a surgical diagnosis to a radiological diagnosis.

Roy Weber for his work in the data collection