Microbially mediated dissolution of iron oxyhydroxides plays a defining role in the arsenic (As) release in most reducing environments, though the nature of this relationship remain unclear. This study aimed to evaluate the microbial processes on the enhancement or inhibition of As release as a function of bacterial enrichments from groundwater and core sediments. Two enrichment cultures of reducing bacteria (RB) used were cultivated from core sediment (RB-S) and groundwater (RB-W). The microcosm experiments were systematically conducted to assess microbially mediated reactions for the mobility of As from sediment into groundwater. From the analysis results, simultaneous bioreduction of As and Fe contributed to the initial elevation of aqueous As. Distinct distribution patterns of aqueous As and Fe between RW-S and RB-W revealed the different microbial activities. RB-W showed strong affinity for solid As, leading to high level of aqueous As. In contrast, RB-S exhibited high reducing ability toward Fe minerals, and the following formation of secondary Fe-As minerals constrained dissolved As. By amending with non-sterile groundwater, we also observed the chelating solubilization of As-contained Fe minerals, leading to the increase of As(III) and Fe(III). This comparative study illustrates the distinct function of indigenous metal-reducing microbes cultured from groundwater and sediment in liberating aquifer As and Fe. Our results provide evidence that the release and sequestration of As are closely related to specific microbial population in aquifer. The limitation of bioavailability of As and carbon source further influences the release of As to groundwater. 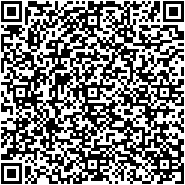