Copyright: © 2017 Panda AK, et al. This is an open-access article distributed under the terms of the Creative Commons Attribution License, which permits unrestricted use, distribution, and reproduction in any medium, provided the original author and source are credited.

Ayush 82 is formulated and clinically proven by Central Council Research in Ayurveda Sciences, M/o of AYUSH, GOI for diabetic care. Recently Right Sugar (Chaturbhuj Pharmaceutical), IME-9 (Kudos Ayurveda) and BGR-34 (AIMIL Pharmaceutical) have drawn the attention of many diabetic consumers as these products are developed from scientific organizations of government and highlighted in electronic and print media. IME-9 (Kudos Ayurveda) developed from Ayush 82 of Central Council Research in Ayurveda Sciences, M/o of AYUSH, GOI. Most of the patients consuming IME-9 attend Ayurvedic hospitals and clinics for evaluation of their blood sugar level to know the efficacy of the drug and for consultation. Therefore, an initiative was taken to analyze the safety and efficacy of IME-9 in newly diagnosed diabetic patients taking an IME-9 tablet or have a primary prescription of the same. IME-9 was able to reduce (96%) the blood glucose of all newly diagnosed cases, whereas glycosylated haemoglobin level was reduced in all newly diagnosed cases except in one. Total 12 (48%) patients have shown the improvement of blood glucose and glycosylated haemoglobin (up to 7). It is also observed that in three cases blood glucose level was increased after 2 weeks of treatment and significant reduction of blood glucose was found after the 8th week. So IME-9 may be the first line choice of herbal treatment of newly diagnosed cases along with a change in lifestyle.

Diabetes is fast growing disease and got the status of a potential epidemic in India with more than 62 million diabetic individuals currently diagnosed with the disease [1]. Many patients are tempted to look for Ayurveda remedies as their life-long therapy for diabetic and its complications. More than 50% diabetic patients taking OHA (Oral hypoglycemic agents) and herbs concomitantly but only about 05% patients consult Ayurveda doctor before starting any herbal medicine for diabetes. Studies highlight the high prevalence of self-medication of herbal/Ayurveda medicine by patients with T2DM concomitantly with prescribed medication [2,3]. Diabetic patients purchase Ayurveda medicines through online shopping, marketing network, on phone call, and through teleshopping [4]. Direct to consumer advertisement (DTC) through electronic and print media on Ayurveda proprietary medicines are thought to be a good way to attract chronic diseases suffers and a good source of high return in short time by pharmaceutical companies [5]. The pharmaceutical companies involved in DTC, hesitate to pursue their products through doctor’s prescription because they have no/insufficient evidence, rather they sold as OTC (Over the counter) sale products [6]. Ayurveda and other forms of alternative medicine for diabetes are increasingly visible in the public domain; with some officials describing them as effective and emphasizing a supposed absence of side-effects are maximum hype with minimum science [7].

It can affect glucose metabolism, but evidence for their clinical use in patients with diabetes is scarce [8,9]. Every 4th member from diabetic patients in India used herbs/Ayurveda and yoga for their ailments in their life time.

Sometimes they co-administrated with conventional antidiabetic drugs with herbal products, in where possibilities of drug-herb interactions, that may antagonist or synergistic to the drug [10-12]. Efficacy of Ayurveda remedies and Panchakarma procedures of thirty clinical trials were reviewed and found a significant improvement in mild to moderate hyperglycaemia12. Recently Right Sugar (Chaturbhuj Pharmaceutical), IME-9 (Kudos Ayurveda) and BGR-34 (AIMIL Pharmaceutical) have drawn the attention of many diabetic consumers as these products are developed from the government scientific organization and highlighted in media [13,14]. Right sugar (Chaturbhuj Pharmaceutical) and IME-9 (Kudos Ayurveda) developed from Ayush 82 of Central Council Research In Ayurveda Sciences, M/o of AYUSH, GOI [15-17] whereas BGR-34 launched commercially by the Council of Scientific and Industrial Research (CSIR) laboratory and published clinical data are not available on various search engines and PubMed [18]. Right Sugar (Chaturbhuj Pharmaceutical) has chosen the platform of advertisement in leading newspaper of many states and the union territory of India; whereas IME-9 has commenced marketing through television. Many patients have come to our hospital and questioning the credibility of Right sugar and IME-9 preparations. Most of the patients consumed IME-9 and have come for an evaluation of blood sugar. Retrospective studies were conducted in Chinese traditional medicine to generate clinical evidence of prescribing medication on diabetic but is rarely seen in Ayurveda [19-22]. Therefore an initiative was taken to analyze the safety and efficacy of IME-9 in newly diagnosed diabetic patients taking the medicine i.e IME-9.

The clinical records of CARIHD, Bhubaneswar were used as the database. The newly diagnosed cases of T2DM consuming either as a prescription drug or as self-medication drugs are included only in the study. The patients who met the inclusion criteria were from 1st Sep 2016 to 31st March 2017 were enrolled in the study. The diagnostic criteria referred to WHO T2 DM diagnostic criteria (1999)22 and Ayurveda guidelines for prevention and management of diabetes [23]. The other inclusion criteria include patients of either gender or age in between 18 yrs to 70 yrs with a confirmed diagnosis of T2DM and not more than two years. The patient should under diet control and exercise or herbal medication. Patients using monotherapy or multiple OHA or under insulin therapy are excluded from the study. The individual data of the recruited subjects were analysed in terms of the individual attributes and changes noticed in the blood sugar and glycosylated haemoglobin level.

The individual data analysis is a preferable method when data are scanty and no relation established among them [24]. Sometimes individual attributes are ignored in the statistical mean analysis. There is a limitation of retrospective analysis in drug efficacy as there are no control groups still retrospective analytical studies are observed in diabetic research [25].

Total 210 diabetic patients attended the OPD during the study period. Only 67(32%) patients were consuming IME-9. 32 (47%) Patients received the IME-9 as a primary prescription drug, whereas rest of patients 35 (53%) had been used the medicine from telemarketing and came for a free supply. 34 patients met the inclusion criteria as decided before and nine patients discontinued the analysis without stating the cause of dropout. Total twenty-five patients had completed the 12 weeks of management (Figure 1). 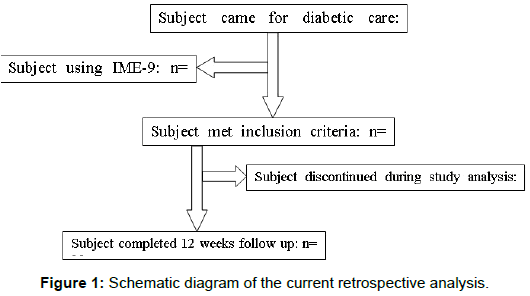 Table 2: Individual patient’s observation of blood sugar and glycosylated haemoglobin before and after treatment.

So, Ayush 82 may be the first line of herbal treatment option for newly diagnosed cases along with a change in lifestyle. A large population-based study is recommended.