Copyright: © 2016 Daneshwari V, et al. This is an open-access article distributed under the terms of the Creative Commons Attribution License, which permits unrestricted use, distribution, and reproduction in any medium, provided the original author and source are credited.

In dental literature foreign body aspiration or ingestion is often experienced and documented in regard to partial dentures, indirect restorations, endodontic files and retainers. This is encountered majorly due to improper isolation techniques, crown cementing failures, operator’s negligence and patient’s maintenance errors. We present a unusual operative mishap where a 16 year old boy during cavity preparation performed by a private dental practitioner accidentally swallowed the loosened catridge of a high speed hand airotor with a bur attached to it, which was treated in a multidisciplinary setting and successfully removed using rigid endoscopy. A search of the dental literature did not reveal any reported cases of such ingestions in pediatric dentistry.

Accidental ingestion of foreign objects is often seen in pediatric patients and in adults with neuromuscular and psychiatric disorders [1]. Compared to any other reason of ingestion of foreign body, the second most common reason is from a dental procedure and it is reported to be 3.6 to 27.7% [2]. In majority of the patients the foreign object traverses the gastrointestinal system but often gets impacted in the constrictions of oesophagus i.e, cricopharyngeal region of hypopharynx depending on the motility patterns and size of the object [3]. The object warrants immediate removal as the long term retention leads to complications like dysphagia, airway obstruction, perforation, mediastinitis etc. and often mortality [3,4]. We report an unusual operative mishap where a 16 year old boy accidentally swallowed the loosened catridge of a high speed hand airotor with a bur attached to it during cavity preparation performed by a private dental practioner. The uniqueness of this case concerns to the type of foreign body, shape, location and to our knowledge is one of the rare cases of this type reported in pediatric dentistry.

An apprehensive 16-year-old male child patient was brought to a multidisciplinary hospital, Om Sai Nursing Home, Hyderabad by a private dental practitioner. The dentist disclosed that the patient was scheduled for restoration of his decayed right mandibular first molar. During the procedure, the catridge head of the operating high speed airotor loosened and collapsed in to the oral cavity and was accidentally swallowed by the patient. The promptly alarmed practitioner called the treatment procedure to a halt and the proximity of dental chair was checked and cartridge slippage on to the floor was ruled out. The patient showed good air exchange and no signs of distress. His mother was informed about the operative mishap and taking consent, the patient was immediately shifted to a multidisciplinary medical hospital located in the closest vicinity.

In the emergency department, the patient’s oxygen saturation was checked and it was in between 90-95%. The routine blood tests were peformed and were in normal limits. An antero-posterior (Figure 1) and a lateral view (Figure 2) chest X-rays were taken and they revealed a radio opaque ingested foreign body in the cricopharynx. Patient was then transferred to ENT outpatient wing of the hospital. Clinical examination was repeated and taking the patient’s vitals in to consideration a rigid esophagoscopy approach under general aneasthesia was planned and executed. The esophagoscope used was non-pneumatic and was paired with light carriers for better visibility of the operating site. An overtube was used to prevent lacerations to the pharyngeal mucosa and graspers were utilized to retract the foreign object. The post-operative x-ray taken confirmed the unmutilated and total removal of the object (Figure 3). The patient was kept on routine intravenous antibiotics to prevent secondary infections and steroids to prevent inflammation and pain for 3 days. As patient presented with mild dysphagia, he was kept on liquid diet for 2 days followed by semisolids and normal diet. The patient was discharged on 3rd day postoperatively being totally asymptomatic. Figure 2: Pre-operative lateral X ray view showing radioopaque object (catridge head of airotor with bur attached) impacted in the region of cricopharynx at the cervical vertebral level of C6-C7. The prevertebral widening at C6-C7 is observed. Figure 3: Post-operative lateral view X ray showing the complete and mutilated removal of the radioopaque object (catridge head of airotor with bur attached) from the cricopharyngeal region. The absence of prevertebral widening at C6-C7 is noted.

According to the literature, all aspirated foreign objects and approximately one-third of ingested items require the patient to be hospitalized. Early location of an inhaled or ingested foreign body facilitates appropriate and timely treatment management and referral [5]. Failure in isolation during dental treatment leads to accidental ingestion of armamentarium used. Rubber dam isolation is considered as the best mode of isolation summating the other advantages of improved visibility and ease of workmanship. In patients allergic to latex (the ingredient on rubber dam sheet) and patients with chronic respiratory conditions like status asthmaticus and COPD, throat screens are used during try in and removal of indirect restorations like inlays and onlays. Armamentarium like rubber dam retainers and files can be safely retained by tying a dental floss to ward off accidental ingestion. Instruct patients that if an object falls on the tongue, they should try to suppress the swallowing reflex and turn their heads to the side [6,7]. To intercept in clinic accidental ingestion or aspiration of foreign objects, the dental armamentarium like the airotor has to be manually checked regularly to examine its quality and functional condition. In the present case report, the airotor used was earlier malfunctioning and returned from the repair but was failed to be rechecked before the operative procedure by the dental assistant. A thorough scrutinization of the airotor’s condition would have prevented the mishap.

Foreign objects tend to get impacted at the level of cervical oesophagus due to its natural constrictions. The 3 anatomical constrictions are crico pharyngeal ring, aortic arch narrowing which extends to almost 13-15 cm and oesophago gastric junction [3,4]. Swallowing test (pain on drinking water) and tracheal rock (moving of trachea side to side) suggests the presence of foreign body in oesophagus [4]. These tests exclude the possibility of aspiration of foreign object in to the respiratory system and helps in clinical distinguishing of the object impaction site. Clinically the cervical oesophageal foreign body impaction may lead to airway obstruction, violent cough, chest pressure, dysphagia, and odynophagia [8]. Long term retention of object leads to oesophageal mucosal inflammation, perforations, retropharyngeal abscess, mediastinitis, pleural emphysema and fistulisation [9]. Structural or functional abnormalities of the oesophagus represent the major risk factors [10]. Our patient did not belong to any of these risk categories.

Radiographic examination with posteroanterior and lateral chest radiograph, abdominal radiograph is mandatory for determining the location, nature and size of the object [5,6]. Radioisotope tracing using barium can be done in non-radio opaque foreign objects but this procedure is outdated and is not used currently [4,11]. CT scan can also be used to localize and assess the size of object and its proximity to anatomical structures [11,12]. As the foreign body in our case report was radio opaque and the size assessment was noted, no additional radiographical modality was chosen.

The management of foreign body retrieval is a multidisciplinary approach that includes the team work of radiologist, anesthetist, otolaryngologist and thoracic surgeon if necessary. The treatment of choice for oesophageal foreign body(OFB) depends on various parameters such as patient’s age, his/her clinical condition, the type, size, shape, site and also number of foreign bodies [8,12]. In fact, endoscopy is the preferred method for extraction with a reported success rate of 83% [12]. Today, both rigid or flexible endoscopy, performed under general anaesthesia or conscious sedation, respectively, are considered to be safe and represent effective methods, in experienced hands. For the management of sharp and penetrating FB, rigid endoscopy is often the treatment of choice. Major risks during oesophagoscopical manoeuvres include direct instrumental wounds and perforations [9]. In our case report, as the foreign object is lodged in proximal oesophagus, rigid endoscopy was preferred. An overtube that cross the gastrooesophageal junction was used in our case to protect airway and facilitate the passage of endoscope [13].

The common post endoscopy complications are hoarseness in voice, dysphagia, wounds and perforations that occur due to instrumental manoeuvres. In the current case report, post-operative discomfort and infection is eluded by prescribing antibiotics and steroids to reduce inflammation. Diet management with liquids and semisolid food was recommended for the speedy healing of the discomfort or manoeural wounds. Patient was completely notified about the esophagoscopy side effects and followed for a period of 15-30 days till the symptoms subsided.

In dental practice prevention of foreign object ingestion or aspiration is to be given paramount significance. It was imperative to highlight this case report to serve as a reminder that adverse events, though largely preventable, can still occur and dental personnel take appropriate actions that ultimately save their patients’ lives. 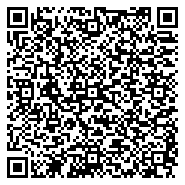