Epidemiology of Postoperative Endophthalmitis (POE) in a Specialized Eye Hospital

Endophthalmitis is a rare but devastating complication of ocular surgery. The objectives of this 7 years prospective study on health care associated infection surveillance data are to determine the incidence rate of Postoperative Endophthalmitis (POE) following ocular surgery, to describe the characteristics of the patients and to report the isolated etiologic organisms. The overall incidence rate is 0.18% and varied between different ocular surgeries from 0.101% to 0.275%. The most commonly isolated organism is streptococcus Spp. Most of the patients have concurrent morbidity.

Endophthalmitis is a rare but devastating complication of ocular surgery. Despite the advance in surgical techniques, the use of antibiotics and the improvement in surgical environment endophthalmitis still occurs after different types of ocular surgery at different rates worldwide [1-10]. The reported overall incidence of POE following ocular surgery ranged from 0.042% to 0.19% [5,7-8]. Depending on the criteria of diagnosis, whether the cases are culture-proven or clinically diagnosed.

Operation specific incidence of POE ranged from 0.029% to 0.366% depending on the type of ocular surgery (procedure) performed [5,7-16]. In practice, most of the postoperative endophthalmitis occur after cataract extraction [4], but recently other ocular operations (procedures) used to be rare e.g. intravitreal injections are now common in practice and contribute increasing number of POE [6]. Gram-positive bacteria are the most commonly reported etiologic agent for POE [6] including coagulase negative and coagulase positive staphylococcus, streptococcus species and enterococcus. Gram-negative bacteria are less reported in POE [8,13,17,18].

The objectives of this study are to determine the incidence rate of postoperative endophthalmitis (POE) following ocular surgery, to describe the characteristics of the patients and to report the isolated etiologic organisms in a tertiary care eye center.

The data collection on post- operative endophthalmitis was begun in 2006 as part of hospital care associated infections (HAI) surveillance system. HAI surveillance system was established in 2006 by the infection control department after opening the hospital which is a two hundred bed tertiary care eye hospital accept referred eye patients for medical and surgical treatment. The hospital is well equipped with technically advanced equipment and recruits professionals with good experience in different eye subspecialties. In the surveillance system, health care associated (nosocomial) POE was defined clinically as an inflammation involving anterior and posterior chamber of the eye after ocular surgery done in the hospital, diagnosed by an ophthalmologist, and treated with intravitreal antibiotics and/or evisceration or enucleation of the eye occurring within 1 year of the first ocular operation. The cases of endophthalmitis were searched for by an active surveillance conducted on daily basis involving outpatient clinic, emergency department, wards, and operation room logbook and admission office. Once a case of endophthalmitis was found, an assertion of exposure to the hospital was made through revision of the patient’s file. Only hospital associated endophthalmitis cases were included; endophthalmitis cases without previous hospital exposure were excluded. The data were collected on demography, comorbidity, exposure history, previous surgery, type of surgery and pertinent data of previous surgery including time, place and surgeon who performed the operation and his assistants. Data on patient’s preparation and environment were collected as well. The numbers and types of surgeries performed were collected from census department quarterly. Epiinfo 3.5.1 was used for data entry and analysis. 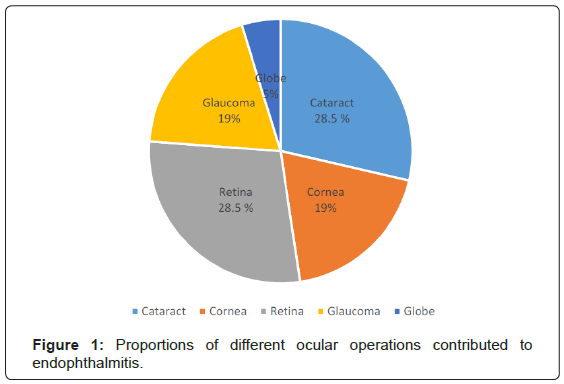 Table 2: Rate of endophthalmitis after different types of ocular operations.

Eighty percent (N=17) of the cases were male and the mean age of POE patients was 55 ± 21 years. Seventy-one percent (N=15) of the POE cases had concurrent morbidity diabetes mellitus and/ or hypertension and/ or ischemic heart disease. Those with diabetes mellitus alone represented 66.7% (N=14). The patients underwent retinal procedures were all having diabetes in addition to their admitting ocular diagnosis. Most of the cases 71.4% (N=15) were done under local anesthesia (Table 3) and the remaining were done under general anesthesia. The time interval between the operation and the diagnosis of POE ranged from 1 day to 101 days with a median of 8 days.

Thirty-three per cent (N=7) of POE was culture positive. One case had two cultures with two different organisms isolated. The grampositive bacteria represented 75% of the cultures and 25% was gram negative and the most common organism isolated was streptococcus spp representing 50% (N=4) of the total isolates. The other isolated organisms were enterococcus, hemophillus parainfluenza, klebsella and gram positive cocci. 12.5% (N=1) each.

The overall incidence rate of postoperative endophthalmitis in this study is consistent with the reported rates from different parts of the world albeit the case definition here is less stringent which might include more cases than culture-proven diagnosis. The unusually high incidences of postvitrctomy endophthalmitis can be explained although not conclusive by the findings that all patients underwent vitrectomy were diabetics with poor diabetic control and most of them had combined concurrent morbidity. Diabetes mellitus is known to weaken the immune system of the body and has been reported to increase the risk of post vitrectomy endophthalmitis [19-24].

The low detection rate of causative agents for POE have been reported in many literatures worldwide [3,9]. Gram-positive bacteria were the most commonly isolated organisms similar to reports from different parts of the world and the predominance of Streptococcus spp. was because most of the POE cases whether culture-proven or not came from ocular operations other than cataract. Only one case of post cataract endophthalmitis was culture positive and showed enterococcus bacteria growth. Streptococcus spp is more common in post intravitral injection endophthalmitis and post glaucoma endophthalmitis [21-23].

This is a descriptive study and does not provide conclusive answer to the high rate of postvitrectomy endophthalmitis. Further Investigations and studies are needed to explore the cause(s). Detailed surgical techniques have to be addressed as it is not a component of the HAI surveillance system. Visual acuity and treatment outcome are not part of the study objectives.

• This study has determined an incidence rate of POE consistent with the reported rates from different parts of the world.

• The high percentage of concurrent combined morbidity in all POE patients and The remarkable finding that all patients underwent retinal procedures were diabetics even though the diabetes was not the indication for their operations might partially explained the high rate of postvitrectomy endophthalmitis.

• Streptococcus spp was the most commonly isolated organism.

Copyright: © 2014 Alshihry AM. This is an open-access article distributed under the terms of the Creative Commons Attribution License, which permits unrestricted use, distribution, and reproduction in any medium, provided the original author and source are credited.