Forest conversion in agricultural land without considering the capability and suitability of land can causes a breakdown in Krueng Seulimum watershed. This breakdown can be seen by the high attrition, low productivity, high sedimentation in the upper land, and high fluctuation in the downstream. This study aims to predict the amount of erosion on any watershed land units and to manage of searching the right methods such as soil and water conservation techniques, which are able to suppress erosion.

Land use change in the watershed currently continues to increase; this is caused by high development activities and high population growth rate. Negative impact of forest land use change into another land use has happened so much, and it will be very difficult to avoid the conversion of forest land if human needs the land urgently.

Conversion of forest to agricultural land without considering the capability and suitability of land and application of agro-technology results in a breakdown in Krueng Seulimum watershed. This can be seen by the high attrition, low productivity in the upper-land, sedimentation and high fluctuation in the downstream.

This study aims to predict the amount of erosion on any watershed land units in Krueng Seulimum and look for the proper management methods (soil and water conservation treatments) to suppress erosion (Erosion ≤ Etol).

The research was conducted in Krueng Seulimum watershed which is administratively located in Seulimum district and Seulawah valley of Aceh Besar regency, Aceh province. The research was carried out from January 2011 - August 2011.

Erosion prediction on a piece of land is a method to estimate the rate of erosion that will occur on the land used within a land use. The measurement of erosion was performed on each unit of land by using the equation of the Universal Soil Loss Equation (USLE) [6], as follow:

where, A = is the amount of erosion (tons ha-1 year-1), R = is rainfall erosivity index, K = is soil erodibility, L = is slope length factor (m), S = is slope factor (%), C = is crop management factor and P = is conservation treatment factor.

where, EI30 = is maximum rainfall intensity in 30 minutes, and (CHm) = is monthly rainfall.

The amount of rainfall erosivity factor (R) is the sum of the values of monthly rainfall erosion index and it is calculated by the following equation:

where R = is rainfall erosivity factor.

Soil erodibility value was calculated by using the formula of Wischmeier and Smith and the value of K can be found in Appendix 1:

Length and slope factors can also be calculated directly with the following equation:

Plant factor and its management (C)

Determination of C factor for different types of crops such as mixed cropping, cocoa, and others are based on various studies that have been done previously.

Factor of conservation treatment was also determined based on the various studies that have been done previously.

Tolerable erosion (Etol) was calculated based on the equation proposed by Wood and Dent [8]. Tolerable erosion also takes into account the minimum depth of the soil, the rate of soil formation, an equivalent depth, and land resource life, by the following equation:

Erosion Prediction in Krueng Seulimum watershed was analyzed on each unit of land (SL) with multiple parameter values using the USLE equation. Calculation and observation results indicated that the parameter value of every sample point in each land unit showed greatly varied erosion values.

Continuously high enough agricultural production can be maintained if the erosion in each land unit is smaller than the tolerable erosion (Etol), otherwise, if erosion is greater than the Etol, land productivity will decline, so that high production can only be maintained some years and then the farmland becomes unproductive or even degraded land.

Table 2: The summary of existing condition of erosion prediction in Krueng Seulimum watershed. 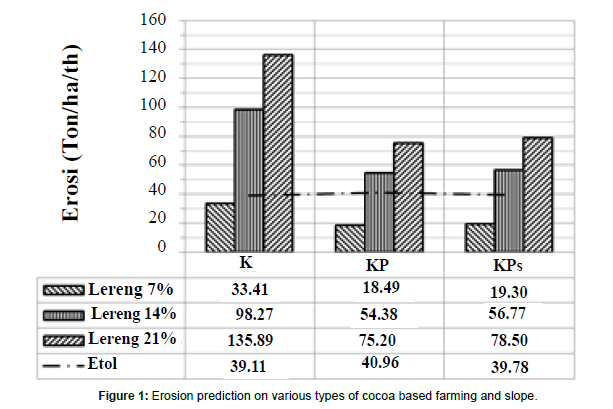 Table 3: Prediction of erosion on any type of cocoa-based mixed farming in Krueng Seulimum watershed.

Based on the explanation above, the application of agro-technology needs to be done to make cocoa-based farming systems sustainable in Krueng Seulimum watershed. The agro-technologies that can be applied in research site are fertilizing and soil-water conservation treatment. Agro-technology fertilizing is carried on farming of K, KP and KPs in order to increase the production better than previous production, so the desired farming income can be achieved. Efforts to achieve the high productivity must be suitable with the genetic potential, and fertilization is a major determinant in particular on the balance of the dose and type of fertilizer used and not a high dose rate [9].

Table 4: Erosion on the type of cocoa-based farming in Krueng Seulimum after the application of agro technology.

Gulud terracing with planting terrace amplifier grass can technically be done in the research location. The purpose of planting terrace amplifier plants is to make terrace not easily slide by rainwater hit or runoff. Setaria spacelata grass species can be grown as terrace amplifier plant because this grass has low, tied and spread growth, as well as has dense fibrous roots so that it can reduce runoff, and filter soil particles carried by runoff and reduce erosion, while other uses of Setaria spacelata grass is provider of feed ingredients for cattle. Gulud terracing plus mulching of 6 tons ha-1 year-1 on slope of 21% can protect the soil surface from direct blows rain droplets that can reduce the occurrence of splash erosion, in addition to reduce the rate and volume of surface runoff [10,11] also added that the role of mulch in suppressing the erosion rate is determined by the mulch material, percentage of ground cover, mulch layer thickness and mulch resistance to decomposition.

Copyright: © 2018 Akbar H, et al. This is an open-access article distributed under the terms of the Creative Commons Attribution License, which permits unrestricted use, distribution, and reproduction in any medium, provided the original author and source are credited.