Copyright: © 2016 Kaviani SS. This is an open-access article distributed under the terms of the Creative Commons Attribution License, which permits unrestricted use, distribution, and reproduction in any medium, provided the original author and source are credited.

With the growing population in the island nations and urbanization, the people of such countries faced with land shortage for life and population ratio in such countries increases. So, the city engineers think about land revival to give people welfare in their life. For several years, the phenomenon has been floating city.
The aim of this study was to examine how to supply the energy and welfare in floating cities. This research is performed by review on document-library. Advantage to benefit them and their role in economic and social development is reviewed and in continuing, studied the sample of floating cities. Then, manner of supply of energy and welfare in such countries are reviewed. Undoubtedly, benefiting the experiments of different countries in this field may help the politicians and planners in order to benefit in optimum in urban design.

At present, most of the small countries require increase in their governorship territory, so it is possible to establish the Island even in burial place of garbage [1].

Oceans create 71% of land surface. Some of the rich countries began to colonize primarily the oceans and so, increase their homeland territory or form the new homeland territory through it that this is similar to the old idea of making large ship in ocean [1].

At present, most of the countries such as Netherlands, Singapore and Japan benefit the floating countries to increase their homeland territory. This research intends to review the floating cities and how to supply the energy and welfare in them.

This research is performed by review on document-library. So, the studies related to floating cities and experiments of different countries in this field are reviewed and then, based on case study in Japan, the floating structures and its advantage and manner of supply of fuel in such structures are reviewed in details.

As result of increase in water surface of low height countries, population increase, land shortage and low price, construction of floating cities in coastal cities is seen in the world.

Based on recent studies, floating structures have usage for land revival for the countries faced with population growth and land shortage that they consider more advantage for it.

Watanabi et al. reported based on their studies that the floating structures are economical in case they are established in somewhere that have not deep water. Because in some of the countries, the cost of sands used for construction of such floating structures is very high and its construction in deep waters are not very economical. Also, construction of such floating structures shall be performed in appropriate environmental condition; it means that the safety matters shall be observed in construction of them in order to not damage the aquatic ecosystems. This structure is established quickly and easily. Also, the researches show that such floating structures are changeable easily; it means that in case it is not required to them, we can take and develop easily them. Such floating structures in seismic countries such as Japan have very efficiency. Also, their location is fixed, so this possibility is given to small boats and ships to come easily besides coast and stop there. With regard to type of designs and creativities that are considered in its establishment by engineers and designers and urban architects, such places may lead in development of recreational and tourism equipment that this subject can attract more tourists to the country and promote the tourism industry and such industry helps economic and social development of a society [1].

Kinds of floating structures based on studies

Based on studies, totally floating structures are divided in two groups

a) Semi-floating structures: Such structures are kept at the top of water surface by using pipe-form columns or balancer structure elements. This type of structures is used for conditions of sea with long wave.

Equipment and facilities for floating reserve

Watanabi et al. based on their studies reported that the floating structures are used in Japan for reserving fuel. In such structures, tankers are located each other and carried appropriate equipment for reserving oil and maintaining explosives and incendiary fluid in them. They reported in their study that Japan has two main systems for reserving floating oil. As the contents of Figure 1 show that one of them is located at Shira Shima with 5.6 million kilolitre capacity and as the contents of Figure 2 show that Kamigoto has the capacity of 4.4 million kiloliters. 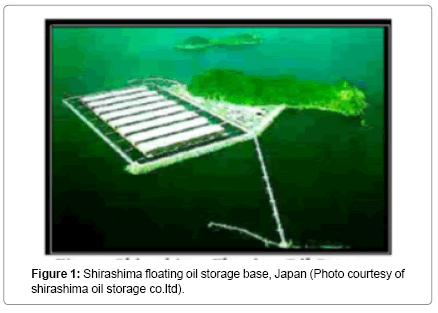 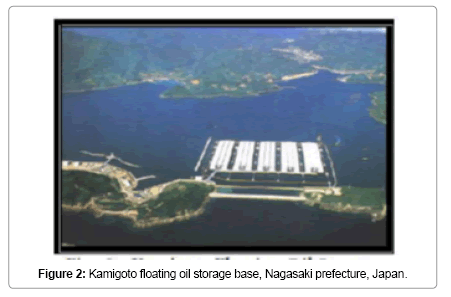 Emergency locations of the floating

Watanabi et al. based on their studies considered very necessary the urgency locations for seismic countries such as Japan and point such locations in Tokyo, ISE and Osaka gulf and Japan as samples from such locations. Floating cities may define the existence of human [2]. Conceptual design of floating cities by Dr. Carl Ross and Ricardo Rodriguez McCullough is propounded in Portsmouth University of England. They believe that in 2050, the floating Islands will be used as place of residence as result of severe growth of population. They reported that the floating cities supply their energies as renewal and even may supply the energy for sales to residential regions. They reported that the floating Islands don’t require the demolished and unfriendly methods of environment for energy supply. Such floating cities are surrounded by water and supplied their required energy through waves, ebb and flow. In addition, the solar energy and wind energy are from energy supply sources for floating cities. They emphasized that with regard to this important note that 71% of land surface is surrounded by water and the human requires to immigrate to seas for life and floating cities are considered as the best place for their life [3]. Severe wind in sea may give power to turbines. Conversion of thermal energy of ocean may control the difference of temperature between surface and deep and also, supply this process as one of the lateral products of sweet water. Deltasink foresees that the residing persons breed aquatics in replace of gardens and produce their required foodstuff from nutrients upward waters of lake. It is worth mentioning that to supply this level of living for oceans, the “Water revolution” will be required in aquatic breeding, even without cities in sea, when the agriculture related to soil faces with making salt and critical phosphor shortage, taking the ocean is the best hope for the people.

Conversion of thermal energy of ocean is another potential source for supplying energy in floating cities. Whatever required is the accessibility to superficial water and very cold waters in deep in tropical regions. Difference in temperature is used for conducting the electronic generators through turbine. It is pointed that deep cold waters are more fertile than open ocean superficial waters. In cold region countries, they refrain from supply of more expenses of energy and supply the energy in ice water floating cities of ocean in such a manner that in winter in South Pole in North Ice Ocean, the residing persons experience the air temperature of -40 to -50 and although, in such conditions, seawater will be as useful energy source and receives the temperature to -3.5 in floating cities through air turbines, turbines and air conditioner pump [4].

Also, the researches show that the floating cities are very efficient in further locations in which the people faced with land shortage for life as result of population growth and with regard to 71% of land surface covered by water and may supply the foodstuff for them through garbage nutrients and co2 by algae systems. Supply of fish through aquatic breeding is one of the food supply wages for residing persons in floating cities [5,6].

Growth of aquatic industry increases the pressure on natural resource such as water, energy and food and even land. Sample of floating cities is constructed in Rhine Delta in Amsterdam and Almere. Climate changes, sea flow, population growth and continuous city dwelling cause more vulnerability in Rhine Delta, because increase in frequency cause flowing the flood and investment increase and increase in using water, energy and other sources.

Rhine Delta faces with strong competition of rich economy such as China and India. After agriculture and industry, the services promote to costs decrease. With regard to this important note that the current city dwelling increases the flood and floating cities are considered more and in such cities, local waters and energy arising from water sources are used in replace of sources merely foreign. Also, in case of profitability of floating cities except energy supply saving in view of economical, potential capacities of house have more profit in case of flood. Floating city in this region is the quicker for entrance of technology in Rhine Delta and is the test for water pilot and energy and other floating technologies. Floating city in this region increases the knowledge based on activities of Amsterdam and Almere region (exclusive region with high economic potential) and shows that attention to floating cities and their establishment may be economical in supply of sources and energy [7,8].

The results of researches show that with regard to growth of population in world cities and land shortage and shortage of energy supply sources and considering this important note that 71% of land is surrounded by water and the human shall benefit the floating cities for residence (Graph and colleagues). Establishment of such cities is economical and such cities supply their energy through water and wind that such energies are not destructive for environment and the human in such cities may experience the better and healthier environment [2]. Changeability of floating cities may count from its advantage in such a manner that if the human wants to use sea or develop such cities, it is possible easily. Construction and establishment of floating cities is very quick and easy and such places are separable naturally and it is protected from shock while earthquake and considering that their location brings viewable landscape from water in surround and supplies the suitable place for sport, water activities and recreational equipment that all the said matters are along with increase in social welfare. In Iran, as result of population increase, land shortage and low cost of construction of floating cities, it is proposed to establish them in coastal cities such as Persian Gulf and Caspian Sea coastal cities.

This type of structures is used for sea with long waves. But, floating type of them or pantons such as one large plate remains on water surface. Floating structures are suitable for pacific waters such as lakes and gulfs and coastal lines that the said matters shall be considered in architecture and construction of floating cities. The structures constructed on water is the gift for stable future for human and may keep the human against the main environmental risks arising from current process of land heating.

It is worth mentioning that whatever seen in floating cities which will be different with made structures of current city, so it is make effort to benefit the minimum space. 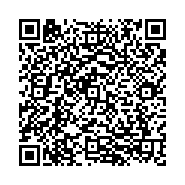