Copyright: © 2015 Mitra A. This is an open-access article distributed under the terms of the Creative Commons Attribution License, which permits unrestricted use, distribution, and reproduction in any medium, provided the original author and source are credited.

A vast majority of the human population in the Planet Earth lives in the coastal zone and local resources like mangroves are the primary sources of their livelihood. Researchers have documented that mangrove forests support nearly about hundred types of human activities starting from fuel wood collection to fisheries. Even the pharmaceutical, fish feed and fertilizer (organic fertilizer) companies are now using mangrove based raw materials for developing their end products. In recent times another new feather of carbon sequestration has been added to the crown of this fragile ecosystem Preliminary estimates indicate that the Above Ground Biomass (AGB) of World’s mangrove forest can sequester 3,700 Trillion gm of carbon and about 14-17 Trillion gm of carbon are sequestered by mangrove sediments/ year.

The future of the world climate will be disrupted if mangroves are destroyed in an unplanned manner for promoting shrimp culture, coastal industry, fish landing station and harbor, tourism units, weapon testing centers (under defense) etc. Such activities at the cost of mangrove deforestation accelerate emissions of carbon dioxide to the atmosphere.

The clutches of modern human civilization are gradually retarding the growth and survival of mangroves. In many countries of the world the mangrove ecosystems are treated as the dumping ground. However, inspite of this stress the mangroves are surviving because of some inherent resistance properties as listed here:

(i) The vegetation itself filters nutrients from the water

(iv) Mangrove forests act as recycle bin from which the organic wastes and nutrients are restored and returned back to the ambient aquatic phase triggering the growth of phytoplankton and subsequently the fishes (just like restoration of a deleted file from the recycle bin of a computer to the drive for its reuse).

The global mangroves are presently under severe anthropogenic stress, but it is a million dollar question that how long this fragile and taxonomically rich ecosystem will withstand this anthropogenic threat? The more important question is that how the mangrove will withstand the temperature rise and salinity rise, which are inevitable signatures of climate change occurring throughout the globe?

A thorough case study conducted by the researchers on Indian Sundarbans exhibits a significant decadal variation of true mangrove floral species, both in terms of total numbers (Figure 1) and diversity (Figure 2), but no study has yet been conducted on the fate of mangrove biomass in relation to rising salinity (in terms of predictive model), although it is a fact that salinity causes stunted growth of mangroves. In countries like India, few mangrove species like Heritiera fomes are already at the verge of extinction because of rising salinity. 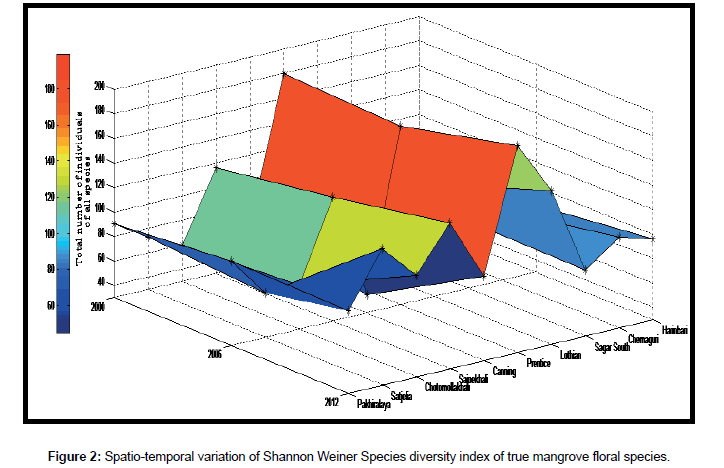 Agricultural land conversion destroyed 17,179 hectares of mangroves in India during 1975 to 2005. A further 7,554 hectares was lost due to shrimp cultivation. Over the last 30 years some 7,500 hectares in Bangladesh has become submerged by rising seas. If this trend continues then not much days are left when mangroves will be some museum specimens beside dinosaur. Unfortunately, the issues are addressed in seminars and workshops with pomp and splendor, but implementation ultimately ends in smoke and we eagerly wait for the next seminar even after realizing the warning/death bell for this very delicate ecosystem of the planet Earth. 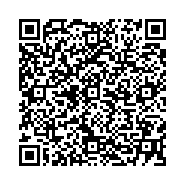