Copyright: © 2016 Unal NG, et al. This is an open-access article distributed under the terms of the Creative Commons Attribution License; which permits unrestricted use; distribution; and reproduction in any medium; provided the original author and source are credited.

Gastric metastasis of renal cell carcinoma (RCC) is unusual and few cases have been reported in the literature. We here report a 63 years-old male with multiple gastric and concomitant other organ metastasis of RCC 5 years after left radical nephrectomy. He presented with iron deficiency anemia without any gastrointestinal symptom. Radyological imagings showed multipl polypoid masses in the stomach and metastatic tumors in pancreas, lung and bilateral adrenal glands. Esophagogastroduodenoscopy showed multiple gastric “volcano-like” polypoid masses in the stomach. Histopathological examination and immunohistochemical staining showed the features of metastasis of clear cell carcinoma.

RCC is a relatively rare adult malignancy but the most common renal tumor, accounting for 2-3% of all malignancies. Clear cell carcinoma is the most common subtype of RCC [1]. It has been reported metastatic involvement rate of the stomach is 0.2%-0.7% in the autopsy series [2-4]. Lung and breast cancer and malignant melanoma are the most common sites of primary tumors. More than 50% of patients are asymptomatic at the presentation, and almost onethird of all patients have distant metastasis at the time of diagnosis. Metastatic lesions from RCC commonly occur in the lung, bone, liver and soft tissue. Gastric metastasis arising from RCC is unusual [5]. The published reports of cases have shown that gastric metastasis of RCC are mostly seen as single polypoid masses, and the average time from nephrectomy to presentation of gastric metastasis is almost 6.9 years. Since the prognosis for the majority of these patients is very poor, early detection of metastasis may play an important role.

We present a 63 years-old male who had a history of left radical nephrectomy due to RCC 5 years ago. Final diagnosis was clear cell carcinoma. Physical examination, laboratory tests and radiological findings showed no abnormality during a 5-year follow-up period. He did not have any complaints or symptoms in this time of period. After 5 years of radical nephrectomy iron deficiency anemia was detected with a hemoglobin level of 10.5 gr/dl, hematocrit 31.7%, MCV: 78 fl, and ferritin: 40 ng/ml. A computed tomography (CT) of the torax and an abdominal magnetic resonance imaging (MRI) were performed. Torax CT revealed metastatic lesions of lungs and abdominal MRI revealed a pancreatic mass with a diameter of 4 cm, bilateral adrenal gland masses with diameters of 3 and 3.5 cm, and multiple polypoid gastric masses suggesting the metastasis of RCC (Figure 1). Esophagogastroduodenoscopy (EGD) revealed multiple “volcano-like” polypoid masses covered by normal mucosa with central ulcerations with diameters between 3-15 mm at the whole part of the stomach. Some of the lesions had hematin on their surfaces (Figures 2 and 3). Since endoscopic resection of all lesions was not possible, multiple biopsies were taken from the lesions. Histopathological examination showed clear cells and immunohistochemistry revealed the feature of metastasis of RCC (Figures 4 and 5). Chemotherapy was started with an interferon-alpha but discontinued due to side effects. Pazopanib (tyrosine kinase inhibitor) was started as a targeted drug but bone metastasis occurred under pazopanib therapy. Thus, pazopanib switched to everolimus (one of the m-TOR inhibitors). He is still alive with a stable disease after 1 year. Figure 3: See the hematin on the surface of some of the lesions. Figure 4: Changes around ulcerated gastric mucosa with foveolar hyperplasia was seen at the right side of the image. At the left side, tumor cells with clear cytoplasma covered with pus were seen. (Hematoxilene eosine (H&E) X4). Metastatic tumors to the stomach are uncommon. Gastric metastasis of RCC is extremely rare, with a detection in 0.2% of all RCC cases [6]. RCC can often be cured if it is diagnosed and treated when still localized in the kidney and the surrounding tissue [7]. Approximately, 73% of all RCC patients survive for 5 years [8].

The optimal therapy of gastric metastasis of RCC remains unclear. Surgical treatment, endoscopic treatment, chemotherapy or palliative embolization may occur as treatment alternatives. It is reported that the endoscopic resection of solitary metastasis of RCC can be as good as the surgery if the lesion is <2-3 cm and limited to the mucosa [9]. In our case, since the occurrence of multiple gastric and wide spreaded distant metastasis (pancreas, lung, bilateral adrenal glands), only systemic chemotherapeutic drugs were administered. 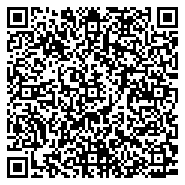