Copyright: © 2015 Nikose S, et al. This is an open-access article distributed under the terms of the Creative Commons Attribution License, which permits unrestricted use, distribution, and reproduction in any medium, provided the original author and source are credited.

Nonsteroidal anti-inflammatory drugs (NSAIDs) including selective Cyclooxygenase 2 (COX 2) inhibitors, have anti-inflammatory and analgesic and antipyretic properties. NSAIDs are more commonly used for the acute, recurring or chronic non traumatic musculoskeletal condition such as backache, arthritis, myalgia etc. [1,2]. NSAIDs are most frequently used drug by an orthopedic surgeon and are easily available as over-the-counter-analgesic in almost all over Indian subcontinent. Prolonged and/or unsupervised use leads to risk of adverse reactions pertaining to gastrointestinal system and the symptoms range from dyspepsia to catastrophic acute and chronic gastrointestinal ulcer. The most frequent ADRs due to NSAIDs use was gastrointestinal effects leading to discontinuation of treatment. The other reported ADRs are cardiac, psychological, dermatological and renal in a small subset of patients [3]. Renal and cardiac side effects are well documented and evaluated by clinicians prior to administration of NSAIDs, but the gastrointestinal adverse reactions are overlooked by medical fraternity while prescribing the NSAIDs, thinking that Proton Pump Inhibitors (PPIs) will take care of these gastrointestinal ADRs.

All NSAIDs inhibit COX, an enzyme that converts arachidonic acid to prostaglandins, thereby mediating pain, inflammation, and fever. In the process, prostaglandin H2 is converted to five primary prostaglandins, including thromboxane A2 (which stimulates platelet aggregation and blood clot formation) in platelets and prostacyclin (a vasodilator that inhibits platelet aggregation) in the endothelium [4]. Two COX isoenzymes (COX-1 and COX-2) are commonly recognized. In general, COX-1 is constitutively expressed and is involved in gastro protection from stomach acid and in thromboxane formation by platelets. COX-2 is inducible by inflammatory mediators in a wide range of tissues and has been associated with inflammation; however, it may also be constitutively expressed, where it contributes to renal physiology, reproductive function, bone resorption, and neurotransmission [4].

NSAID-induced damage to the gastrointestinal tract results from three sources of exposure: (1) The local effects before the actual absorption of the medications and due to direct exposure to epithelium after oral administration, (2) systemic effects of drug after absorption, and (3) Recurrent effects on epithelium of gastrointestinal tract due to enterohepatic recirculation of the medications. The relative damage inflicted from each type of access remains largely unknown [6].

NSAIDs results in development of gastrointestinal side-effects. Presently various modalities have been employed to reduce or prevent the occurrence of ADRs and subsequently this damage to gastrointestinal system. The most effective means of reducing GI toxicity has been to withdraw the offending NSAIDs. This approach is sometimes not feasible and suitable for patients dependent on NSAIDs for relief from pain responding only to NSAIDs. Other approach is the concomitant use of gastro protective substances to circumvent epithelial damage. Review of literature suggests that Sucralfate is a cytoprotective agent and provides gastro protective effect in upper GI tract and in Gastro Intestinal Reflux Disorder (GERD) as well as in stress ulcer. Sucralfate is chemically a combination of disaccharide sugar sucrose, sulphate and aluminum and binds to mucosa which effectively creates a barrier. This barrier impairs diffusion of hydrochloric acid in the gastrointestinal tract, this prevention of degradation by acid [7]. Misoprostol, a prostaglandin analogue is used to treat NSAIDs induced gastric ulcers and can be concomitantly used in patients who are at high risk of development of NSAIDs induced ulcers. It acts on parietal cells and inhibits gastric acid secretion [8,9]. Non-Steroidal Anti-Inflammatory Drugs (NSAID’s) increase risk of dyspepsia and peptic ulcers, including life threatening Gastrointestinal (GI) bleeding. This increased risk is reduced (but not eliminated) by prescription of Proton Pump Inhibitor medications (PPI’s). Proton Pump Inhibitors (PPIs) are credited with potent reduction of gastric acid production during long term and most widely used in gastrointestinal ADRs either in preventive mode or therapeutic mode. However, the effectiveness has not been demonstrated in every case [10]. The H2 receptor antagonists (H2 RA) blocks the action of histamine on parietal cells of stomach and reduces acid production in stomach. Presently there use have been surpassed by more effective and potent PPIs.

We prospectively reviewed and evaluated 2897 patients on NSAID and who were treated in the orthopedic facility for non-traumatic musculoskeletal disorders between 2007 and 2012. Demographic profile of all the patient were recorded that included age, gender, addictions, and other co morbid medical disorders. Type of NSAIDs, indications and duration of treatment were noted. Adverse drug reactions (ADRs) related to gastrointestinal effects were recorded and categorized in three grades according to symptomatology and its treatment. We have included all the patients with age 20 and above.

The patient who had previous gastrointestinal adverse conditions, abnormal kidney and liver function tests were excluded from our study. The points noted were the NSAIDs drug use, age and sex of patients, duration and dosage of medications, use of concurrent medications, alcohol, smoking and/or tobacco use, need for admission due to gastrointestinal ADRs for intervention or management. All the patients received gastro protective Proton Pump Inhibitors (PPIs) in appropriate dosage along with prescription of NSAIDs. Those patients who did not receive PPIs were not included in our study. GI Adverse events for NSAIDs were classified into 3 grades. Grade I ADRs included Dyspepsia, Nausea, Gastric irritation, GERD, Epigastric discomfort VAS <6. Grade II ADRs included Vomiting, Epigastric pain VAS >6, diarrhoea, Colitis. Grade III ADRs included acute or chronic gastrointestinal bleed, Melena, Hematemesis, Gastric ulcer and perforation.

Total 2897 patients were analyzed in the study. The male preponderance 1477 (50.98%) were noted (Tables 1 and 2). All the patients were divided into various age groups and maximum patients were in 40-50 years age group i.e. 768 and the lowest were in more than 70 years age group i.e. 151 (Table 1). The patients were given different types of oral NSAIDs according to the duration and intensity of pain and choice given to patients after counseling regarding the efficacy and probable adverse effects (Tab. Diclofenac, Tab. Ibuprofen, Tab. Aceclofenac, Tab. Etoricoxib, Tab. Indomethacin and Tab. Nimesulide) and out of this most patients were given Tab. Diclofenac sodium i.e. 719 and the least no. of patients got oral Indomethacin (Table 3).

Table 3: Types of NSAIDs used in our study.

Adverse effects for NSAIDs were classified into 3 grades. Grade I ADRs included Dyspepsia, Nausea, Gastric irritation, GERD, Epigastric discomfort VAS <6. Grade II ADRs included Vomiting, Epigastric pain VAS >6, diarrhea and colitis. Grade III ADRs included gastrointestinal bleed, malena, hematemesis, gastric ulcer and perforation. 987 (34.06%) patients had Grade I adverse gastrointestinal effects, which were relieved either by discontinuation of NSAIDs or concomitant use of Sucralfate in addition to PPIs already prescribed. 348 (22.05%) patients had Grade II gastrointestinal adverse effects and this was relieved by further addition of medications like Misoprostol in addition to the treatment already administered for Grade I ADRs. 277 (9.56%) patients had Grade III adverse effects that required medications, admission and Gastro-duodenoscopy and surgical intervention (Tables 4, 5 and Figure 1).

Table 5: Co-relation of gender with GI side effects. 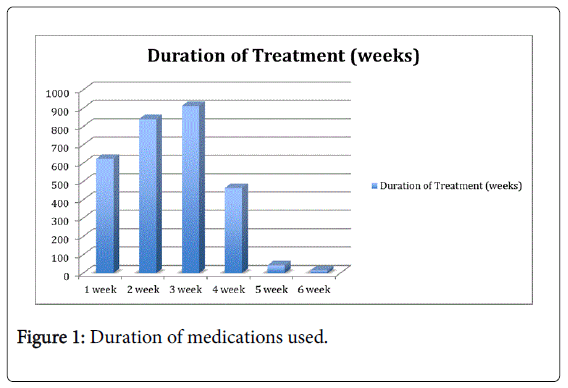 Table 6: Co-relation of gender with gastrointestinal side effects.

The patients who were addicted to alcohol and those reported to be having gastrointestinal ADRs were de-addicted from alcohol is a significant development and contribution of this study.

Those de-addicted were the patients of chronic pain nature, in which sufficient time was available for counselling regarding the ill effects of alcohol also patients were counselled regarding adverse reactions due to concurrent use of alcohol along with NSAIDs. The smoking/tobacco de-addiction was also attempted, but ours being rural region of central India it was continued on another platform.

There are tw o isoforms of COX, COX-1 and COX-2, which have different functions [11]. COX-1 is constitutively expressed and is responsible for the normal physiological protection of gastric mucosa. It is responsible for the synthesis of prostaglandins, which protects the stomach lining from the secreted acid, maintains blood flow in gastric mucosa, and produces bicarbonate [11,12]. We used non selective COX inhibitor (Diclofenac, Aceclofenac, Ibuprofen, and Indomethacin), selective COX-2 inhibitor (Etoricoxib) and preferential cox inhibitor (Nimesulide). We observed in our study that non selective COX inhibitors are most commonly associated with gastric side effects and our percentage of gastrointestinal side effects were higher than reported in the literature.

In a randomized controlled trial small-bowel injury was seen in 71% of NSAID users compared with 10% of controls (P<0.001). However, injury was mild (few or no erosions, absence of large erosions/ulcers) in 10% NSAID users compared with 2 controls. 12% NSAID users had major (>4 erosions or large ulcers/ulcers) damage compared with none in the control group. There were no complications or problems with the capsule endoscopy procedure [12]. We had 44.35% of patients who did not have any GI related adverse effects. 34.06% had Grade I GI effects (Table 4). In our study female gender were more prone to have gastric side effect than male despite being less addicted to tobacco, smoking or alcohol (Tables 6-8). However, grade III GI problem were more commonly and frequently observed in male patients in our study. This could be due to the fact that Indian men are more addicted to tobacco, smoking and alcohol. However, the combined correlation between smoking, alcohol addiction, tobacco could not be established in our study.

Adverse events related to gastrointestinal system for NSAIDs use has been classified into 3 categories: 1) “nuisance” symptoms, such as heartburn, nausea, dyspepsia, and abdominal pain; 2) mucosal lesions; and 3) serious GI complications, such as bleeding and perforation [13]. We divided our patients based on clinical history criteria and the treatment of those side effects. Classification of these patients in grading helped us in managing the side effects in a protocoled manner. However 1.3% of our patients required adjuvant treatment for GI side effects, which is statistically not significant.

In comparisons of GI adverse effects among NSAIDs users, results from several studies support a risk of GI adverse effects with nonselective COX inhibitors [14-17]. In a meta-analysis of data from three retrospective case-control studies found that ibuprofen had the lowest odds ratio (OR) for development of GI bleeding versus diclofenac, naproxen, piroxicam, and indomethacin, but that the OR increases with dose level for each agent [17]. The severity of side effects was closely related with strength of dose of medication. The length of treatment also contributes to the GI adverse risk. However, gender, tobacco, smoking and alcohol has confounding impact on the severity of GI side effects.

NSAIDs such as ibuprofen, Diclofenac sodium are considered to be generally safe and effective for individuals seeking a treatment of symptoms of pain for relief. The pharmacologic basis of these interactions strongly suggests that low therapeutic dose, short-term use of these NSAIDs such as non-selective COX inhibitors should be used to treat the painful conditions. More caution is warranted in elderly patients and in patients with alcohol, tobacco or smoking history. Since female genders seems to be more prone to develop milder GI adverse effects, the treatment in this subset of patients should be kept at minimum dose for minimum possible days. Physicians and health care providers should be more instrumental in educating patients regarding using NSAIDs at the lowest effective dose for the shortest required duration which becomes a vital tool for balancing the efficacy and safety of the drug to be used. Also concurrent use of alcohol, tobacco, and smoking should be cautioned against as more prone to develop GI adverse effects. Among the elderly population, an individualized approach would help in pain management and avoidance of GI adverse effects. This strategy has also been recommended by the World Health Organization (WHO) in order to minimize drug-drug interactions and adverse drug reactions due to NSAIDs.