Copyright: © 2014 Careyva B, et al. This is an open-access article distributed under the terms of the Creative Commons Attribution License, which permits unrestricted use, distribution, and reproduction in any medium, provided the original author and source are credited.

Thirty- the promise of a decade of loneliness, a thinning list of single men to know, a thinning briefcase of enthusiasm, thinning hair- F. Scott Fitzgerald

Omeprazole was discovered in 1979 and became part of most formularies for routine use in the late 1980s. It is a member of the proton pump inhibitor (PPI) family, a class of medications used to suppress gastric acid secretion from parietal cells. Proton pump inhibitors are used for stress ulcer prophylaxis and to treat gastroesophageal reflux (GERD), dyspepsia, and peptic ulcer disease (PUD). Once widely touted for efficacy and safety, omeprazole and other medications in this class have experienced some stumbling blocks in their third decade. Emergent data has demonstrated several adverse effects, including osteoporotic fractures, pneumonia, vitamin B12 deficiency, hypomagnesemia, and Clostridium difficile associated diarrhea. This list has been growing steadily, particularly in the last ten years. For patients with severe PUD or an elevated risk of Barrett’s esophagus, these medications can be extremely helpful. Unfortunately, many patients take PPIs for years without having a clear indication to do so. Only 50% of those who are taking maintenance PPI therapy have an appropriately documented indication [1].

Chronic acid suppression has been linked to nutritional deficiencies as well as electrolyte abnormalities. Lam JR, et al, demonstrated a significant increase in vitamin B12 deficiency for those taking PPIs for 2 or more years [2]. As is true for most of the potential adverse effects of PPI therapy, this risk is exacerbated by prolonged use and higher dosages. Hypomagnesemia has been correlated to PPI use and is of particular concern for those who have been taking PPIs for several years [3,4]. This risk of hypomagnesemia is further increased by concurrent use of thiazide and loop diuretic medications [5]. Osteoporotic fractures are also more prevalent following PPI use secondary to interference with calcium absorption and bone resorption. Patients who have been taking PPIs for greater than one year are 1½ times more likely to experience an osteoporotic fracture than those who are not taking medications to suppress gastric acid secretion [6-8].

Proton pump inhibitors have been linked to pulmonary and gastrointestinal infections, potentially as a result of increased gastric pH and bacterial overgrowth. The risk of community-acquired pneumonia has been correlated to PPI use, although further randomized controlled trials are needed to confirm this [9]. PPIs have also been found to increase the risk of enteric infections. Most notable is Clostridium difficile associated diarrhea, with a five-fold increase in risk for those who are taking PPIs twice daily in addition to antibiotics [10,11]. Additionally, recent studies have demonstrated an increased risk of Salmonella and Campylobacter jejuni infections with concurrent PPI use [12,13].

Based upon the list of newly recognized adverse effects, it appears that like many medications, PPIs are not entirely benign. We encourage vigilance and careful consideration before renewing prescriptions for PPIs without discussion of indication and current symptoms. We also recommend attempts to optimize symptom control for uncomplicated GERD, gastritis, and PUD with lifestyle modifications, weight loss, limited NSAID use, and treatment of Helicobacter pylori when indicated. Abruptly discontinuing PPIs may result in a relapse of symptoms, which does not necessarily mean that they are indicated indefinitely. On demand therapy of PPIs, tapering of dosages, and stepdown therapy to histamine 2 receptor antagonists may be considered to decrease the incidence of symptom recurrence [14]. There are, of course, patients who will have appropriate indications for maintenance PPI therapy [15]. For those who do require maintenance therapy, we recommend the lowest possible doses of efficacious medications to decrease the risk of the above adverse effects. 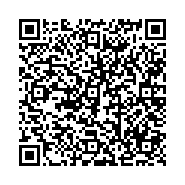