Background: Genomewide array comparative genomic hybridization (aCGH) has widely been utilized as the diagnostic tool in patients with non-syndromic intellectual disability (ID). Indeed, aCGH has identified pathogenic copy number variants (pCNVs), as well as variants of uncertain clinical significance (VsUS) and benign CNVs (bCNVs), in such patients.
Aims: To examine the frequencies of various CNVs and clinical findings in patients with non-syndromic ID.
Patients and methods: We studied 55 Japanese normokaryotypic patients (35 males, 20 females) with apparently non-syndromic ID. Genomewide aCGH was performed using leukocyte genomic DNA samples. Clinical findings were compared among patients with pCNVs (group 1), those with VsUS (group 2), and those with bCNVs or no CNVs (group 3).
Results: Nine patients had pCNVs: one had 5p deletion syndrome, two had 22q11.2 deletion syndrome, one had 17q23.1q23.2 microdeletion syndrome, three had CNVs involving known pathogenic genes, and the remaining two had CNVs overlapping with previously described CNVs in patients with ID (one with duplication at 1q36 and the other with deletion at 12q42). Furthermore, 11 patients had VsUS, and nine patients had bCNVs. Clinical findings were grossly comparable among groups 1-3.
Conclusions: The results provide further support for the usefulness of aCGH in the identification of underlying genetic factor(s) for ID, although there was no clinical finding indicative of the presence of pCNVs or VsUS. Furthermore, our data are expected to serve to identify pathogenic genes on chromosomes 1q36 and 12q42, as well as those on several VsUS.

Intellectual disability (ID) is a highly heterogeneous condition occurring in 1–3% of the general population [1]. ID is divided into syndromic and non-syndromic forms, with the former accounting for roughly one-third of affected patients [2]. The syndromic form is associated with a constellation of clinical features characteristic of known syndromes, and is usually caused by specific genetic factors such as mutations of causative genes, copy-number variants (CNVs) involving relevant genes, and aneuploidies [3]. By contrast, nonsyndromic form, though it may be accompanied by non-specific multiple congenital anomalies (MCA), is free from diagnostic clinical manifestations, and is usually subject to multiple (epi) genetic and environmental factors such as mutations of genes for non-specific ID, various usually non-recurrent CNVs, central nervous infections, and environmental chemicals [4].

Recently, genomewide array comparative genomic hybridization (aCGH) has widely been utilized as the diagnostic tool in patients with non-syndromic ID. Indeed, aCGH has identified pathogenic copy number variants (pCNVs) in 5-35% of such patients (average 12.2%) [5]. In addition, aCGH has also detected multiple variants of uncertain clinical significance (VsUS) that could be relevant to ID, and benign CNVs (bCNVs) that are irrelevant to ID [6].

Here, we examined the frequencies of various CNVs and clinical finding in patients with apparently non-syndromic ID.

This study was approved by the Institutional Review Board Committees of Hamamatsu University School of Medicine, and was performed after obtaining written informed consent for the molecular analysis and the publication of genetic and clinical data after removing information for personal identification.

Genomewide aCGH analysis: Genomewide aCGH was performed with a catalog human array (4×180K format, ID G4449A) (Agilent Technologies) using leukocyte genomic DNA samples of all the patients, the parents who agreed to genetic analysis, and sex-matched control subjects. The procedure was as described in the manufacturer’s instructions. For autosomes and female X chromosomes, log2 signal ratios of around –1.0 and around + 0.5 were regarded as indicative of heterozygous deletions and duplications, respectively. For male sex chromosomes that appear in a heterogametic condition, log2 signal ratios of – ∞ and around + 1.0 were interpreted as hemizygous deletions and duplications, respectively. When ≥three consecutive probes showed abnormal log2 ratios, the corresponding region was regarded as CNVs. Minimum and maximum sizes of CNVs were obtained as the regions between two distal ends of signals indicative of deletions or duplications and those between two proximal ends of signals indicative of normal copy numbers. The genomic position was based on human GRCh37/hg19 (http://genome.ucsc.edu/).

CNVs were regarded as pCNVs, when they were identical to those of established ID-positive syndromes with causative or candidate genes, they included known pathogenic genes in which intragenic mutations or CNVs involving the genes alone have been identified in patients with ID, or they shared an overlapping region with previously described plural CNVs in patients with ID [1-3]. By contrast, CNVs were interpreted as bCNVs, when (1) they were inherited from either of the healthy parents, or (2) they have been registered as normal variants in the public databases such as Database of Genomic Variants (http:// dgv.tcag.ca/dgv/app/home) and ClinVar (http://www.ncbi.nlm.nih.gov/clinvar/) [1,2]. Other CNVs were regarded as VsUS, most of which contained candidate genes for ID or were formed as de novo events.

Clinical assessment: Multiple clinical features were examined in all the patients by two clinicians (M.A. and Y.E.), except for ophthalmologic, cardiac, and renal features which were evaluated by professional doctors in each field. We summarized clinical findings in patients with pCNVs (group 1), those with VsUS (group 2), and those with bCNVs or no CNVs (group 3), and compared them among different groups. Statistical significance of the median was examined by the Mann-Whitney′s U-test, and that of the frequency by the Fisher’s exact test. P < 0.05 was considered significant.

Representative aCGH findings are shown in Figure 1. The data of groups 1 and 2 are summarized in Table 1, and the pathogenic and candidate genes on the identified pCNVs and VsUS are shown in Supplementary Table 1. CNVs were identified in 29 of the 55 patients. Of the 29 patients, nine patients (cases 1–9) were assessed to have pCNVs, because: (1) case 2, and cases 7 and 8, had deletions for 5p deletion syndrome (Cri Du Chat syndrome) and 22q11.2 deletion syndrome (Di George syndrome) with known pathogenic genes, respectively; (2) case 6 had a deletion typical of 17q23.1q23.2 microdeletion syndrome with candidate genes; (3) cases 3, 4, and 9 had CNVs involving known pathogenic genes, as well as candidate genes; and (4) cases 1 and 5 had CNVs partially overlapping with previously described CNVs in patients with ID (Figures 2 and 3) [8-10]. Furthermore, of case 1-9, cases 1–3, 5, 6, and 9 had de novo CNVs. By contrast, nine of the 22 patients were evaluated to have bCNVs, because they were present in either of the healthy parents. The remaining 11 patients (cases 10-20) were assessed to have VsUS with or without candidate genes. Of cases 10-20, cases 10, 14, 17, and 18 had de novo CNVs. Notably, cases 4, 10, and 12-14 had plural CNVs. In particular, the co-existing two VsUS in cases 10 and those in case 14 were found to be generated as de novo CNVs, although parental samples were not available in cases 4, 12, and 13. 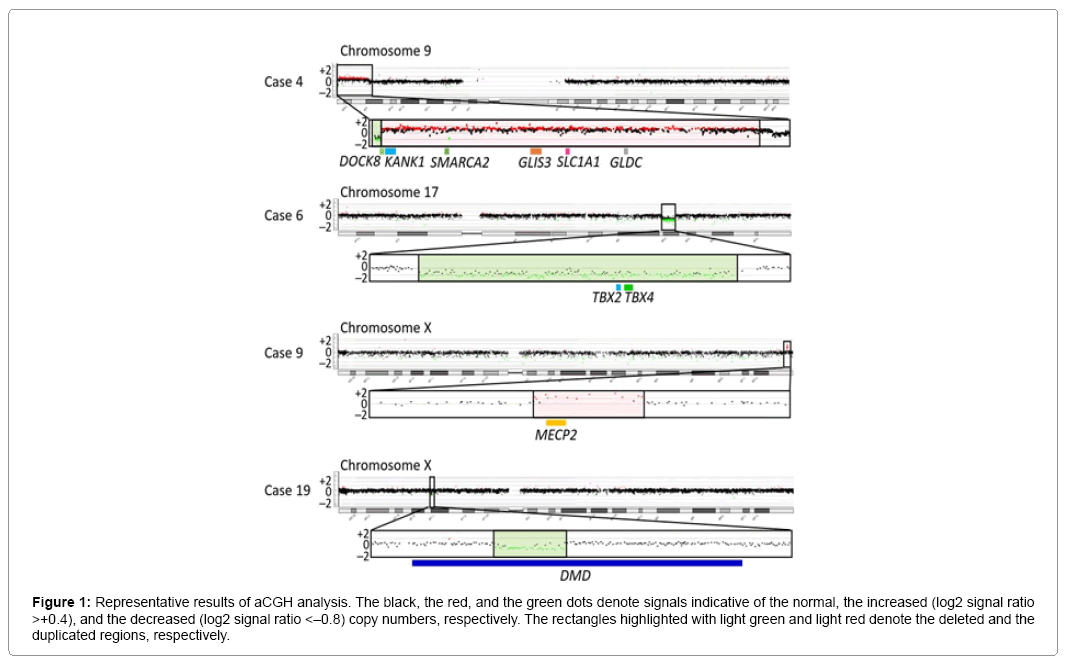 Table 1: Summary of array CGH data and clinical findings in 20 patients with pCNVs or VsUS.

Clinical features in patients of groups 1 and 2 are described in Table 1. Clinical features were highly variable with no pathognomonic features. Indeed, while case 2 had 5p deletion for Cri Du Chat syndrome, she showed no characteristic mewing cry. Similarly, while case 7 and 8 had 22q11.2 deletion for Di George syndrome, they were free from cardiovascular anomalies, abnormal calcium metabolism, and immune deficiency. In addition, while case 6 had a deletion typical of 17q23.1q23.2 microdeletion syndrome, his overall clinical features remained rather non-specific.

This study identified pCNVs in nine of 55 patients with apparently non-syndromic ID. The frequency (16%) is grossly similar to that reported previously [5]. The results provide further support for the usefulness of aCGH in the clarification of underlying genetic factor(s) for ID.

Of cases 1-9 with pCNVs, cases 2-4 and 7-9 had pathogenic genes for ID on the pCNVs (Supplementary Table 1). Indeed, intragenic mutations of CTNND2, DOCK8, IL1RAPL1, and TBX1, and loss of only TERT, are associated with ID, as are duplication of only MECP2 or overexpression of MEF2C [11-17]. Thus, copy number alterations of these genes would have played a major role in the development of ID in the six cases, while the relevance of candidate genes on the pCNVs in case 4, and probably other non-specified genes as well, would remain tenable. In addition, since the CNV in case 2 and the CNVs in cases 7 and 8 are known to cause 5p deletion syndrome and 21q22.11 deletion syndrome, respectively, this confirms their pathogenicity [8,9]. Furthermore, since the CNVs in cases 2, 3, and 9 were formed as de novo events, this would also support their pathogenicity.

The remaining cases 1, 5, and 6 were also interpreted as having pCNVs. Actually, they had de novo CNVs, although there were no definite pathogenic genes on the identified CNVs. In particular, the ~2.2 Mb deletion in case 6 is identical to that reported as chromosome 17q23.1-q23.2 microdeletion syndrome with ID, and TBX2 and TBX4 have been regarded as candidate genes for ID because of their biological functions and expression pattern [18]. Since this 17q23.1-q23.2 microdeletion is known to be generated by non-allelic homologous recombination mediated by low-copy repeats [10], this would explain the recurrence of the same deletion in multiple unrelated subjects. For the ~9 Mb duplication on chromosome 1p36.21–p36.12 in case 1 and the ~6 Mb deletion on chromosome 12q24.31–q24.32 in case 5, previous studies have revealed similar duplications and deletions in patients with ID (Figures 2 and 3) [19-21]. Notably, although there is no segment shared by all the duplications and deletions, the duplicated region in case 1 and the deleted region in case 5 encompass three different smallest regions of overlaps (SROs-A–C) common to plural patients, and SRO-C on chromosome 1p36 and SRO-A on chromosome 12q24 harbor candidate genes for ID. Thus, it is likely that the duplication in case 1 and the deletion in case 5 are pathogenic, and that different genes are involved in the development of ID in patients with duplications involving 1p36 and in those with deletions affecting 12q24.

Cases 10-20 were evaluated to have VsUS rather than pCNVs. Indeed, since similar CNVs have not been reported in patients with ID, their pathogenicity remains uncertain. However, the VsUS in cases 10, 14, 17, and 18 were de novo CNVs, and those in cases 10–13, 14-16, and 18-20 harbor candidate genes (Supplementary Table 1). Thus, some of the VsUS would actually be pCNVs that harbor hitherto unrecognized pathogenic genes for ID. One may argue that the intragenic deletion of DMD identified in female case 19 is unlikely to explain her phenotype, although it could have phenotypic effects depending on the X-inactivation patterns in target tissues. However, since it is a disease-causing pCNV and could lead to ID in affected males [22], we categorized this intragenic deletion in female case 19 as a VUS rather than a pCNV or a bCNV.

Unexpectedly, plural pCNVs or VsUS were found in cases 4, 10, and 12–14. In particular those in cases 10 and 14 were generated as de novo abnormalities. Such co-existence of plural CNVs has been reported previously [23]. This would imply that de novo CNVs can occur with a certain frequency.

Several findings are noteworthy with regard to the clinical findings. First, the patient number was larger in males than in females. This would primarily be due to the presence of a large number of genes for X-linked non-syndromic ID [11]. It is predicted that a substantial fraction of male patients have hidden mutations of such genes. Furthermore, identification of pCNVs involving such X-linked genes in cases 4 (IL1RAPL1) and 9 (MECP2) suggests that X-chromosomal pCNVs are also more frequent in males than in females. Second, the age at examination, the degree of ID, and the frequencies of various features were grossly similar among groups 1-3. This suggests lack of a clinical indication for pCNVs as well as VsUS in patients with nonsyndromic ID.

In summary, we performed aCGH in 55 patients with non-syndromic ID. The results provide further support for the usefulness of aCGH in the identification of underlying genetic factor(s) for ID, although there was no clinical finding indicative of the presence of pCNVs or VsUS. Furthermore, our data are expected to serve to identify pathogenic genes on chromosomes 1q36 and 12q42, as well as those on several VsUS.

Copyright: © 2016 Asahina M, et al. This is an open-access article distributed under the terms of the Creative Commons Attribution License, which permits unrestricted use, distribution, and reproduction in any medium, provided the original author and source are credited.