Giant Cell Reparative Granuloma of the Maxilla Presenting as A Pulsatile Mass: A Rare Case Report

Although benign, it can locally be destructive. Surgery is the most accepted method of treating the condition. The case history reported here presented with a giant cell reparative granuloma that involved the left maxilla with highly vascular mass for which embolisation was done followed by left maxillectomy.

A 14 year old boy presented to outpatient department of our hospital with chief complaints of swelling on the left side of the face since 5 years. The swelling was reported to be insidious in onset and had progressed slowly to the present size. Patient didn’t have any history of trauma or tooth extraction. There was no history of any nasal discharge, nasal blockage, epistaxis or epiphora.

On facial examination there was a diffuse swelling on left side of a face measuring about 5 x 8 cm in size, globular in shape, involving whole of the left maxillary area causing obliteration of the left nasolabial fold resulting in facial asymmetry (Figure 1). Swelling was hard in consistency, nontender and nonmobile with ill-defined margins. Skin over swelling was normal, temperature of the swelling was not raised, and no pulsation neither palpable nor visible was seen. There was no associated lymphadenopathy.

On intraoral examination, there was a swelling in the sublabial aspect extending from left canine posteriorly upto the molar tooth (Figure 2). Swelling was nontender and bony hard on palpation. Diastema between left upper pre-molar and molar teeth was increased as swelling was involving left upper jaw. However there was no obvious pulsation or thrill or any bruit.

Incisional biopsy was done from intraoral site, lesion was found to be highly vascular and histopathological examination for the same revealed giant cell repairative granuloma.

Giant cell reparative granuloma was coined by jaffe in 1958. It involves tooth bearing area of jaw. It is more common in females of second to third decades and is related to hemorrhage in the bone marrow following trauma. It is a rare, benign, nonneoplastic lesion with a granulomatous appearance peculiarly affecting mandible and maxilla. In skull, sphenoid and temporal bones are more frequently involved and only 15 cases had been encountered in each location [1].

Cases also have been reported in small bones of hands and feet, sinuses, spine, clavicle, tibia, ribs, and femur. Commonest site is anterior part of mandible (2/3rd of cases) between the 2nd premolar and 2nd molar with extension across the midline. Small bones of hands and feet are the 2nd most common site for involvement. Marked growth of the lesion associated with pregnancy has been described, presumbly related to hormonal stimulation [2].

Giant cell reparative granuloma is a disease of the young presenting as a painless swelling in the anterior jaw and radiographically appearing as a lytic expansile lesion with a characteristic tendency of resorbing the root tips of unerupted teeth. The diagnosis must be made by clinical examination, history, radiological and histological findings. Maxillary swelling is the most important clinical finding.

Giant cell reparative granuloma is described in two forms, central arising from bone and peripheral arising from the soft tissue of maxilla and mandible, involving gingiva and alveolar mucosa. Peripheral type is 4 times common than central type and rarely involves the underlying bone and seen in middle aged and elderly patients [3].

Giant cell reparative granuloma has been described in association with enchondromatosis, goltz syndrome, fibrous dyplasia, and paget’s disease. The most common presenting sign of giant cell reparative granuloma is a painless swelling with noticeable facial assymmetry displacing developing teeth and expanding the bone. Macroscopically it is soft spongy, reddish brown, friable, highly vascular tissue mass replacing the bone and may look like a cyst or may have much less defined margins [4].

Radiographically, giant cell reparative granuloma appears as nonspecific lytic expansile multiloculated lesions which cause thinning and scalloping of the cortex which however is rarely breached. Sometimes aggressive lesions may present with bone destruction. It has a tendency of resorbing the root tips of adjucent unerupted teeth. Computed tomography is excellent for demonstration of bony thinning and destruction. Mri is the best modality of evaluating extent of the lesion as well as evaluating adjacent soft tissue. Pathogenesis includes theories of hyperplastic reparative reaction to intraooseous haemorrhage induced by trauma as well as infections and developmental causes [5-7].

Treatment for giant cell reparative granuloma is local excision with or without curretage. This cures about 80% of cases. The usual recurrence rate is 20%. Recurrence rate can be reduced by meticulous curretage and reexamintaion of the lesion for any remaining mass following hemostasis. Calcitonin which inhibits osteoelastic activity is adjunctive to surgical excision. Interferon-alpha appears useful in the management of aggressive giant cell reparative granuloma due to its antiangiogenic effects. Biphosphates have been administered intravenously in giant cell reparative granuloma with promising results [8,9]. Patient should be followed up for long duration. Any recurrence requires additional curretage. Radiotherapy is also recommended for nonresectable and cases not amenable to the surgery. In some cases radioresistance has been reported (wintrobe et al 1987), also there is always long term risk of sarcomatous changes associated with it.

Copyright: © 2015 Agarwal et al.. This is an open-access article distributed under the terms of the Creative Commons Attribution License, which permits unrestricted use, distribution, and reproduction in any medium, provided the original author and source are credited. 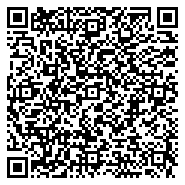