In North America, one out of every nine men will be diagnosed with prostate cancer at some point in their lives, and 10–20 percent of men diagnosed with PCa will develop castration-resistant prostate cancer within five years of diagnosis. Although CRPC is classified as metastatic or non-metastatic, the value of early detection is still debatable, as roughly 33% of non-metastatic CRPC develops bone metastases within two years. In castrated patients, CRCP is defined as a serum testosterone concentration of less than 50 mg/dl and one of the following: two or more new lesions in bone or soft tissue, or three consecutive increases in PSA one week apart, resulting in two 50 percent elevations over the nadir and a PSA concentration of greater than 2 mg/ml. While there is a wide range of therapy options available, despite the fact that surgery, radiation, androgen deprivation, and chemotherapy have all been utilised for decades, metastatic and castration-resistant illness has few treatment choices [1].

The goal of GnRH agonists and antagonist’s therapy is to stop testosterone from being produced in the testes. GnRH is produced in the brain and drives pituitary production of luteinizing hormone, which leads to testosterone synthesis in Leydig cells. Both medicines have been shown to reduce testosterone levels, but adrenal testosterone production, like androgen synthesis in cancer cells, is still possible. GnRH agonists disrupt this system by causing continuous GnRH production and thus chronic activation of the pituitary receptor. It leads to a decrease in testosterone production and downregulation of certain receptors. Treatment with GnRH agonists lowers blood testosterone levels, while concurrent increases in luteinizing hormone cause a'surge' in testosterone levels lasting 1–2 weeks. It's to blame for some of the adverse effects. The 'flare phenomenon' is a condition that occurs in some people. To avoid side effects, antiandrogens or estrogens must be used before and after the procedure [2].

GnRH antagonists work by blocking the GnRH receptor in the pituitary gland. The inhibition of LH production is quick, and the drop in testosterone is without the 'flare' that GnRH agonists are known for. Because GnRH antagonist therapy does not cause an androgen surge, it does not necessitate the use of antiandrogens or estrogens. When compared to surgical castration, however, it is associated with a higher risk of anaphylactic reaction and other severe adverse effects. Many studies have demonstrated the benefits of utilising ADT in conjunction with radiation for localized high-risk prostate cancer. ADT is primarily used in the treatment of metastatic prostate cancer, although it can also be utilised in the treatment of intermediate or high-risk disease when combined with radiotherapy. In individuals with low-risk or very lowrisk illness, ADT alone or with adjuvant radiation did not improve survival. In general, androgen deprivation induces remission in 80– 90% of men with advanced PCa, with median progression-free survival ranging from 12 to 33 months. A castration-resistant phenotype usually appears at this point, resulting in a median overall survival of 23 to 37 months after the start of ADT [3].

ADT is also indicated for patients who are older or have more comorbidity. Due to the increased risk of probable adverse effects associated with surgery or RT, scores are lower. However, this group is at a higher risk of ADT side effects, such as osteoporosis and resultant fractures. Long-term usage of ADT could raise the risk of fracture by 45 percent. The increased relative risk of fracture, which is a significant risk factor for death, is a significant factor. Kaipia. Looked at the risk of hip fracture in men who had been treated with ADT for low-risk cancer and discovered that approximately 25% of men with prostate cancer who had a hip fracture had been treated with ADT for low-risk cancer. In response to the low therapeutic index of steroidal anti-androgens, flutamide, nilutamide, and bicalutamide were developed for prostate cancer treatment. When compared to steroidal anti-androgens, nonsteroidal medications bind to the androgen receptor and were primarily utilised in conjunction with castration [4].

The anilide derivatives flutamide, nilutamide, and bicalutamide have equal efficiency but varied half-lives. These medicines have a poor affinity for the AR, which is a significant drawback. As a result, roughly 5–10% of DHT is unblocked, activating the AR and causing PCa cell proliferation. Nonsteroidal antiandrogens combined with finasteride impede testosterone conversion to its active metabolite DHT, as well as testosterone and DHT binding to the AR. This method is known as sequential androgen blocking. It causes androgen deficiency at the cellular level while leaving circulating testosterone levels unaffected. The majority of men in Phase II trials experienced a drop in serum PSA while maintaining sexual potency. This type of treatment has not been compared to regular ADT in a Phase III study, thus its effect on survival is unknown. It has been used in the nonstandard environment to treat males with biochemical failure following primary therapy. It was first utilised in men with severe disease who desired to maintain sexual potency. When their PSA began to rise, almost 80% of men treated with SAB responded to androgen deprivation therapy [5].

Copyright: © 2022 Azad A. This is an open-access article distributed under the terms of the Creative Commons Attribution License, which permits unrestricted use, distribution, and reproduction in any medium, provided the original author and source are credited. 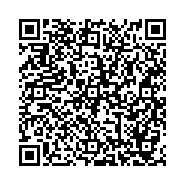