Imaging Features and Clinical Significance of the Acromion Morphological Variations

The pathogenesis of rotator cuff tears is complex and chaos; however, the rotator cuff tears have been related to the morphology of the acromion. We named those variations of the acromial morphological as “Congenital and Osteal Etiological Factors”, which include the shape, lateral extension, the angle between the undersurface of the acromion and the glenoid and the distance from acromion to humeral head. The critical area for degenerative tendinitis and tendon rupture was centered in the supraspinatus tendon and the anteroinferior of acromion was the main region of impingement. According to this theory, Neer designed the anterior acromioplast in 1972. Bigliani et al. analyzed the shape of the acromion on lateral radiographs and found a higher prevalence of rotator cuff tears in patients with a hooked [type-III] acromion than in individuals with a curved [type-II] or a flat [type-I] acromion. The concept of Lateral Acromion Angle [LAA] was defined by Banas et al. at first, which was defined as the slope of the inferior surface of the acromion relative to the scapular glenoidplane. The acromiohumeral interval which was measured as the smallest distance from the inferior surface of the acromion to the superior aspect of the humerus. Several soft tissues pass through this arch, such as infraspinatus and supraspinatus and subacromial bursa. The concept of Acromion Index [AI] was defined by Nyffeler et al. at first, which could directly describe the lateral extension degrees of acromion. It could also be considered as the coverage degree of acromion onto the subacromial tissue. 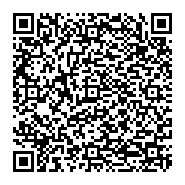