According to sixth census held in Pakistan during 2018 concluded about 207,774,550 the total population of Pakistan and it is increasing 2.4% annually. This rapid increase in population pressure leads to the use of vehicle for transportation as well. Being main source of transportation, a tremendous increase in roads has been observed for our economy [1]. However, very diverse effects are linked with their usage including both direct and indirect effects. These may include the loss and degradation of habitat, incursion of weeds, diseased and feral animals, and direct mortality of wildlife due to accidents with vehicles, disruption of movements due to the creation of barriers, altered microclimatic conditions and changes to the acoustic environment. As far as indirect effects are concerned it includes artificial light and noise pollution [2]. In this review the discussion is about effects of roads on human economy, health and social factors either directly or indirectly. What are their consequences and what kind of precautions should be consider to eliminate these hazardous effects.

Mortality due to road accidents

A survey conducted based on the annual mortality rates of animal fauna due to road accidents. The drastic increase in their mortality has been observed in different areas of Pakistan [3]. According to a study conducted in 2014 from October to November in Bhavnagar city and its nearby areas. About 35 major animal species are found to be the serious victims. Major share of this mortality is the mammalian specie including about 11 animal species following, 12 reptile species, 9 bird species and 2 amphibians except striped hyena in mammals and red send boa in reptiles all of them are least concern [4]. This indicates that significant loss of our wildlife has been observed due to road accidents every day [5].

Air pollution is a major threat for developing countries in Asian world including Pakistan. In Pakistan inappropriate use of resources causes the air pollution and become the source of spread of substances like aerosols production, lead toxicity, asthma, and greenhouse gas accumulation [6]. Punjab is the main industrialized province of Pakistan and contributing most in the Air pollution. Various factor contributing to air pollution in these areas including Transportation, Electricity, Home fuel usage, different sort of goods of home uses. Pie graph showing different percent contributions of different sources in Pakistan [7] (Figure 1). These different factors increases the concentration of different heavy metals such as Zinc, Lead, Copper, Nickel, Chromium, Cobalt and Cadmium etc. it also includes many trace metals such as Zinc, Lead, Mn, Cu, Cr, Ni, Co, and Cd [8]. 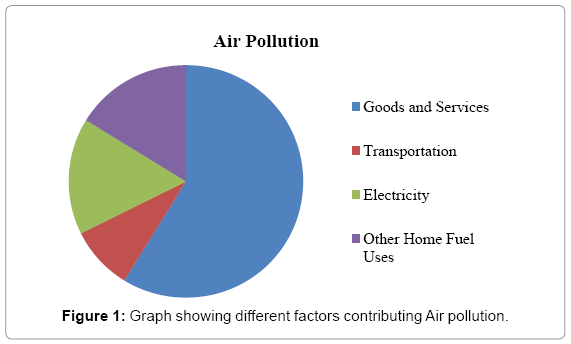 Roads situation of Islamabad, Faisalabad and Peshawar are of good condition fully paved and eco-friendly material is used in these roads. Lahore and Quetta are industrial city so road situations are quite pathetical. While in Gujranwala the only problem with roads is the Brick kiln. All of these roads are constructed in the most populated area so density is much higher. But the length of roads is quite variable depending upon the area constructed. Transportation means the use of different vehicles. According to estimation the number of vehicles in Pakistan has increases from 2 million to 10.6 million in the last 20 yrs [9]. Average annual usage of vehicles has increases 8.5% from 1991 to 2012. Due to increase in transportation use and vehicle there is an increase in pollutant particles. Particulate matter 10 and 2.5 are very important in this case and they have their size less than 10 and 2.5 respectively [10] (Table 1). These factors have very versatile and hazardous effect on human ecology including respiratory and immunological disorders [8].

Edge effect is the change in population number due to habitat loss. Roads are disturbing the population of many animals by affecting their habitats, breeding and nesting behavior [9,10] in various ways. According to plethora of studies concluded that noise pollution causes the disturbance in breeding behavior [11]. While, nest placement by birds, home ranges of many animals is disturbing due to increasing edge effect of roads. Breeding sites of birds and territories increases net displacement of animals from their site of activity. However, this sort of habitat loss increases the intraspecific and interspecific competition among individuals leading to huge loss of wildlife in all developing countries. NaCl used in the road construction may also end up with same results [12,13]. The road edge consists of canopies (Figure 2). Though, Canopy opening size greatly affects the behavior of living animals. These variations in the canopy sizes are due to deforestation and habitat loss due to road constructions [14-16]. However, Edge effect causes the mobility of animals from that area because all of the specimens avoid roads edges because of higher noise effect, dust pollution and etc. [15-18]. There are many consequences of edge effects such as dirt; paved, roodless the response of specimen to these types of edges varies. The data about the rat like mammal species is offered in the boxplot above in which 0 presents its occurrence near to forest [19]. 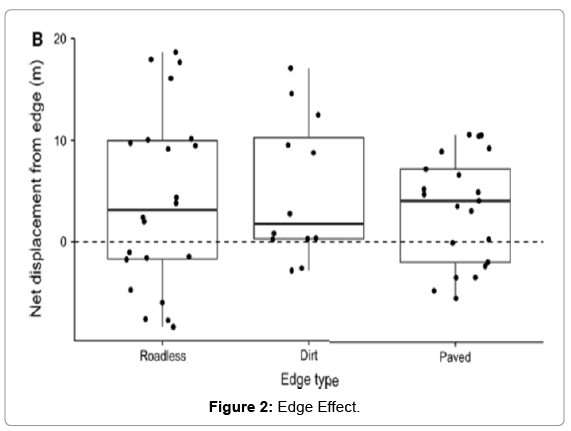 Every individual has its own surviving temperature ranges. High increase in the vehicles and the emission of different gases increases the temperature of atmosphere gradually [18-30]. Ozone depletion and elimination of aerosols from different industrial plants contributes to increase in green house effects [19,27,31]. In Pakistan the total contribution towards greenhouse effect is 7% of total Green House Gases (GHG). India contributes about 89%, Maldives 0%, Nepal 0%, Sri Lanka 1% and Bangladesh 3%. This pie graph shows the contribution of GHG emissions in South Asia during 2005 [17,20] (Figure 3). Heat increases the effects of thermoregulatory reaction in our homeostasis [22]. Though, heat wave travels and become a source of many diseases which may leads to number of mortalities. However, an increase in heat causes heat stroke which may leads to many diseases [23,29]. Karachi is the most densely populated area of Pakistan and faces the problem of heat increase due to high traffic emissions [24]. During 2015 the temperature of Karachi is above 40°C and maximum highest temperature recorded is about 45°C. Mortality ratio of male is (69%), age greater than 50 years (74%) and homeless or living in home with limited electricity and water (60%) [25]. Plethora of investigations describes that patients at that area are facing the problem of dehydration having all the sign of clinical dehydration including flaccid skin, dried mucus membrane [26]. Other findings diagnose pneumonia. Moreover, malaria parasite is also detected in peripheral smear [27]. In addition to this, clinical symptoms of confirmed high body temperature, breathing rate, shock index and decreased conscious level and significantly lower diastolic blood pressure had also been observed in no survivors [29]. The data of Emergency Department of Indus Hospital of 150 patients from 17th-23rd June, 2015 tells us that dead patients have very low diastolic blood pressure, higher median respiratory rate rate, pulse rate, length of stay in emergency, shock index and low oxygen saturation. These finding are based on confidential clinical reports [28,29]. 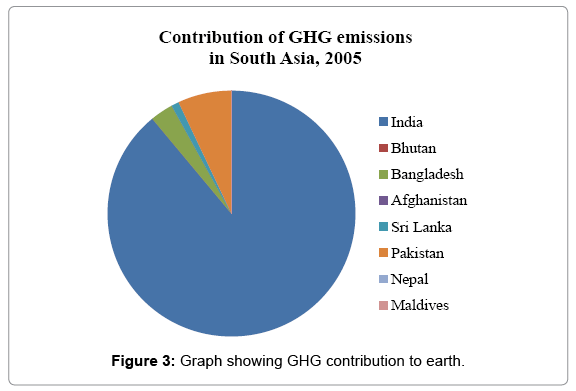 The data pertaining to this research was obtained from the various relevant journals, books, periodic, proceedings of conferences and other published materials (Figure 4).

Figure 4: Mortality ratio of male and female in Karachi in 2015.

We can’t deny the importance of roads to our society so we have to use certain preventive measures to improve quality of roads. We have to use eco-friendly vehicles less contaminating the air. There should be proper investigation for the issuance of license to drivers and heavy fine should be charged for rough driving. Elimination of vehicles containing pollutants should be done. We should encourage and facilitate pedestrians and cyclers, so that less heat accumulates in air. In the same way, there should be proper rules and regulations for good construction of roads.

To avoid side effects of roads we should use fewer amounts of vehicles and walk more. We should use effective training programs for drivers to avoid accidents. There should be plantation of more tress. There are some effective programs to help wildlife. Construction of roads should be under check and balance condition. Usage of low sulfur oil should be practiced as it is practiced in Karachi. Different kind of overpass and underpasses should be developed to avoid road traffic injuries. The overpasses include Land bridge, Overpass, Canopy bridge, Glider pole and different Local traffic management plans and different underpasses including Culvert, Tunnel, Bridges.

I acknowledge all my teachers and friends and other volunteers to help me in this review.

Copyright: © 2018 Hamid Z, et al. This is an open-access article distributed under the terms of the Creative Commons Attribution License, which permits unrestricted use, distribution, and reproduction in any medium, provided the original author and source are credited.