The vaccine developed for pneumococcal diseases is a heptavalent conjugate vaccine (PCV 7). This particular vaccine consists of capsular polysaccharides originated from seven different Streptococcus pneumoniae species along with the protein diphtheria crm197 as conjugate antigens. In a month time after inoculation in children this vaccine is able to increase the IgG level sufficiently to combat the pneumococcal infections.

There are many designed cohort studies that evaluate the effectiveness of PCV7 for IPD and otitis media. In those studies, PCV7 are significantly reducing the invasive pneumococcal disease especially under 1 year children [1]. But PCV7 effect for acute otitis media and otitis media with effusion shows the unexpected results.

First, almost all studies about PCV7 effects for AOM are evaluated with terms of changes in episodes and altogether visits with medical purpose done by the children to the physician.

In 2012, Taylor et al. [2] reported meta-analysis of PCV7 effects against AOM that PCV7 provides some protection against OM on allcause AOM (aAOM) episodes and physician visits.

In 2014, the Cochrane repository reported an update about a metaanalysis of PCV effects on AOM [3]. One of the author’s major conclusions is that the PCV7 had modest beneficial effects. In 2015, it is not meta-analysis but Lau et al report form the United Kingdom shows the 22% reduction in children aged <10 years old [4]. From those results, PCV7 does not consider to have strong effect for AOM prevention.

Rate of myringotomy for acute otitis media per 1,000 populationyears in age groups, according to year. Total number of cases is 1,916 in the Figure 1. Public funding for PCV7 was introduced in January 2011. The rate in 1 year old children was significantly lower in 2011 and 2012 compared to 2008, 2009 and 2010 with chi-squared tests and Ryan's multiple comparison tests (asterisks). This is a modified figure. The second, numerous studies have evaluated changes in the number of ventilation tube insertion (VTI) to treat the recurrent otitis media and otitis media with effusion after PCV7 introduction under a typical vaccination schedule [5-14]. In long-term observations, almost all articles demonstrated that the number of VTI performed in ≤ 2 year old children significantly decreased after the introduction of PCV7 under a typical vaccination schedule.

The rate of reduction is 13%-50% [5-13]. But it is remarkable that inoculation is started over 1 year old; there is no significant effect in suppressing VTI even with the combined usage of a 23-valent pneumococcal polysaccharide booster [15-17]. From those results, PCV7 started in infants consider to have strong effect to prevent the complex otitis media required VTI.

These two results lead the question how PCV7 inoculation started under 1 year old children reduce the VTI if PCV7 has any work for AOM. This is why the AOM progression should be evaluate after introduction of PCV7.

Stamboulidis reported decreased rate of visit to the emergency department of clinics by 38% (from 133 to 83) for the patients having AOM in combination with otorrhea after successful PVC7 immunization [18].

Based on the finding on local inflammation, Sugino et al. [19] described the requirement of proper evaluation with relation to the AOM post PCV7 introduction applying number of myringotomies executed.

According to the recommendation of Japanese medical guidelines, AOM associated with stark otoscopic outcomes are referred for myringotomy. Similar recommendation is done for cases with report of treatment-resistance. Similar type of judgment is not given for the bacterial exam [20].

A total of 895 myringotomies were performed for 1 year old infants. The rate of myringotomies per child-year performed for acute otitis media in 1 year old infants went down considerably within the 2 years after receiving of the public funding rather than the years prior to the introduction (p<0.000001). We expect many new reports about the change of AOM progression after PCV introduction. And those results will show that pneumococcal conjugate vaccine may help prevent AOM from magnification having serious clinical manifestations and it may present some hypothesis to reduction of VTI for complex otitis media.

Copyright: © 2016 Kunimoto M, et al. This is an open-access article distributed under the terms of the Creative Commons Attribution License, which permits unrestricted use, distribution, and reproduction in any medium, provided the original author and source are credited. 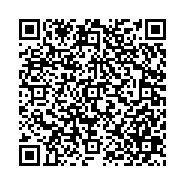