Labor Induction in Primiparous Women and Women with an Unripe Cervix

Copyright: © 2016 Thorbiörnson A, et al. This is an open-access article distributed under the terms of the Creative Commons Attribution License, which permits unrestricted use, distribution, and reproduction in any medium, provided the original author and source are credited.

Approximately two out of three CS are carried out in women with a previous CS. The rising CS rates are followed by increasing reports on perioperative maternal mortality and morbidity such as lifethreatening obstetric bleeding and peripartal hysterectomy, as well as neonatal complications such as breathing disturbances and altered DNA-methylation in white blood cells [7-9]. Thus, if a woman achieves an uncomplicated first delivery, she can probably avoid a later CS [7].

Labor induction with transcervical catheter was described in the 1860s [10]. The catheter separates the fetal membranes from the uterine wall, which leads to prostaglandin and oxytocin release from the fetal membranes and uterine decidua [11]. The catheter may also stimulate the Ferguson reflex , i.e. neuroendocrine pathways interrelated with oxytocin synthesis and release [12].

Vaginal PG treatment was used for labor induction since the 1980s. Oral PG treatment was avoided until the 1990s, because of presumed less efficacy and fear for gastrointestinal side effects [1,5,6]. Prostaglandins are the key mediators for cervical ripening and act via membrane bound G-coupled receptors. Prostaglandinss of the E series promote cervical ripening via leukocyte extravasation and a changed progesterone receptor A to B expression resulting in progesterone withdrawal. These events result in an increased collagenase enzyme activity, a changed proteoglycan composition and dispersed collagen fibrils, allowing for cervical effacement and dilatation [3,11,13].

The aim of this study was to compare the efficacy and safety with OPG in solution, VPG gel and transcervical catheter for labor induction in primiparous women and women with an unripe cervix. Our hypothesis was, that OPG in solution would be safer and at least as effective as VPG gel and catheter.

The study was approved by the Ethics Board for Medical Sciences in Stockholm on April 9th 2015, Dnr 2014/255-31. It was initiated as a quality control project. The World Health Organization (WHO) International Classification of Diseases (ICD)-10 and the obstetric records for all women who had labor induced with OPG, VPG and catheter at the Department of Women´s and Children´s Health, Karolinska University Hospital, Solna, Sweden in 2012 - 2013 were investigated. Inclusion criterion was gestational age ≥ 34+0 weeks. Between January 1st 2012 and December 31st 2013, there were 7868 deliveries in the unit. Labor was induced in 1658 women (21%). Prostaglandins were used for labor induction in 542 women (33%) and catheter in 478 women (29%). Part of this material is described in related studies [14,15]. The remaining 638 women, all with a ripe cervix Bishop score > 5 had labor induced with amniotomy or oxytocin infusion. Women suffering from intrauterine fetal death (n=25) were excluded from the calculations. VPG was the only available PG method in 2012. A total of 252 women had labor induced with this method, 207 in 2012 and 45 in 2013, due to the individual phycisian´s choice. Endogenous PGE gel dinoprostone (Minprostin®, Pfizer, Sweden) 2 mg was inserted in the posterior vaginal fornix every 6-8 hour up to a maximum of 3 doses. The fetal heart activity was monitored with cardiotocography (CTG) 20 min before and after each dose and at labor onset. OPG in solution was introduced for labor induction in 2013, and 265 women had labor induced with this method. The smallest available synthetic, esterified PGE analogue misoprostol tablet (Cytotec®, Pfizer, Sweden) 200 μg was dissolved in 20 mL of water resulting in a concentration of 10 μg/mL. An adequate concentration was obtained [16]. A solution of 2.5 mL containing 25 μg misoprostol was aspirated in a 3 mL syringe, whereupon the woman sprayed the solution in her mouth. Then, water was aspirated and swallowed. Treatment with a fresh solution 25 μg was continued every 2 hour until labor onset up to a maximum of 8 doses. The fetal heart activity was monitored with CTG 20 min before each dose and at labor onset. If uterine contractions were monitored, the following dose was postponed for 2 hours, given that active labor had not started. Amniotomy was performed when a ripe cervix with a Bishop score (BS) > 5 points was achieved. Alternatively, a transcervical catheter was inserted and amniotomy performed after expulsion of the catheter. Oxytocin (Syntocinon®, CD Pharma, Sweden) infusion 5 U/500 mL saline was administered for augmentation of labor, if no progress within 1 hour following ruptured fetal membranes.

Mechanical induction was carried out with a 22 Charrière Foley catheter (Meteko Instruments AB, Stockholm, Sweden), which was inserted into the extraamniotic space at speculum investigation or digital examination according to the preference of the physician. A total of 478 women had labor induced with catheter, 314 in 2012 and 164 in 2014. After insertion, the catheter balloon was filled with water or NaCl 0.9% 50 mL and fastened to the thigh without traction. The position of the catheter was controlled by traction every 30 min. Amniotomy was performed immediately after expulsion of the catheter. According to the clinical guidelines, the catheter was removed if not expelled after 8 hours, and amniotomy was performed. Oxytocin (Syntocinon®, CD Pharma, Sweden) infusion 5 U/500 mL saline was started within one hour after amniotomy if no uterine contractions were observed, and immediately after catheter expulsion in women with prelabor rupture of the membranes. The fetal heart activity was monitored with CTG 20 min before and after application and at labor onset.

Postterm pregnancy was gestation ≥ 42+0 weeks. Prelabor rupture of the fetal membranes was diagnosed visually and labor was induced after 36-48 hours. The hypertensive disease group was women with essential hypertension, gestational hypertension and preeclampsia. The group imminent fetal distress included reduced fetal movements with oligohydramniosis, intrauterine growth restriction, decidual bleeding or Rhesus immunization. Psychosocial indications were fear of childbirth and pregnancy ailments. Maternal illness included thrombophilia, malignancy, heart disease and other systemic diseases. Other fetal indications were e.g. labor induction after external version of breech presentation, anomalies and cardiac arrhythmia. Women with gestational diabetes or diabetes mellitus had labor induced at 38-40 weeks. Primiparous women ≥ 40 years after in vitro fertilization (IVF) had labor induced at 41 weeks. A prolonged latency phase was cervical dilatation ≤ 3 cm after uterine contractions for 18 hours or more. Dichoriotic twin pregnancies with symmetric fetal growth were induced at 38 weeks and monochoriotic with the same criteria at 37 weeks. Cervical ripeness was categorized according to a simplified BS model, where a BS ≤ 5 was the criterion for an unripe cervix [17]. Hyperstimulation was defined as > 5 contractions every 10 min during 20 min as monitored by CTG. An Apgar score < 7 at 5 min was the criterion for neonatal asphyxia since Apgar scores, but not umbilical blood gas values, were registered for all newborns [18].

The primary outcomes were VB < 24 hours and the CS rate. Secondary outcomes were the induction to vaginal delivery interval, the proportions of obstetric bleeding, chorioamnionitis, uterine hyperstimulation, uterine rupture and neonatal asphyxia.

The main findings were that VPG gel and catheter were more effective than OPG in solution in achieving VB < 24 hours. However, OPG and catheter were safer, since they resulted in fewer CS compared with VPG. The rates of VB < 24 hours were higher than was assumed. The CS rates were higher than was assumed in primiparous women. The overall CS rate in 2012 – 2013 was 22% and the CS rate after induced labor was 30%.

The higher instrumental delivery rate with OPG could be explained by the longer induction to vaginal delivery interval, since most instrumental deliveries were carried out due to a prolonged second stage of labor. The proportions of obstetric bleeding >1000 mL at vaginal delivery in the study groups were comparable to the total incidence, being 6.7% in 2012 - 2013. The rates of chorioamnionitis in the study groups did not differ from the overall incidence, being 1.3%. The proportions of newborns with an Apgar score < 7 at 5 min were similar to the total incidence at a gestational age ≥ 34+0 weeks, which was 1.0%. In average, 5 doses of OPG and one dose of VPG respectively, were used. The cost for 5 fresh OPG doses was €9.2s which was less than 5% of the cost for one dose of VPG gel. The cost for one Foley catheter was €2.2s.

Our results are in accordance with a multicentre randomized study comparing OPG in solution with VPG gel, where the authors report a lower CS rate with OPG, 21% vs 26%. The reviewers did not report data for primiparous women or women with an unripe cervix. Only one study included women with ruptured fetal membranes, where the rate of VB < 24 hours was similar with the two treatments, and the CS rate lower with OPG, 16% vs 20% [19].

Our findings are in agreement with a recent systematic review and network meta-analysis on labor induction with PGs. The authors conclude, that OPG in solution has the best safety profile, and note that this method is not recommended by the WHO, whereas OPG tablets are, despite the worst overall ranking in their network metaanalysis [5].

Limitations in this study were the retrospective character and the lack of information about umbilical cord blood gas values [20]. Strengths were the high number of observations and all data collected from original medical records.

In conclusion, labor induction with OPG in solution was less effective than VPG gel and catheter in achieving VB < 24 hours in primiparous women and in women with an unripe cervix. However, OPG and catheter were safer, since they resulted in fewer CS. The induction to vaginal delivery interval was the shortest with catheter and the longest with OPG. Despite this, the proportions of obstetric bleeding, chorioamnionitis and neonatal asphyxia were comparable with the treatments. 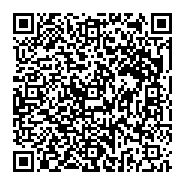