Migraine and Lactose Malabsorption: Is there Any Relationship?

Copyright: © 2016 Zompo DF, et al. This is an open-access article distributed under the terms of the Creative Commons Attribution License, which permits unrestricted use, distribution, and reproduction in any medium, provided the original author and source are credited.

Background/Aims: Lactose malabsorption (LM) consists in the incomplete absorption of lactose, due to lactase deficiency. According to previous studies, headache can be triggered by food intolerance. We investigated the onset and severity of headache during the LBT and a correlation with LM. Patients and Methods: We enrolled 93 (74F/19M; mean-age 42 ± 16 yrs) outpatients who performed a LBT according to the guidelines. Patients reported on a Visual-Analogue-Scale the intensity of headache before and at the end of the test. We considered as significant an increase of headache in VAS peak >10mm. Results: 67/93 (72%) resulted LM, while 53% (49/93) referred a headache worsening. Within the group of LM headache worsened in 50.7%, compared to 57.7% in non-malabsorbers (p=0.36). In the subgroup of patients with habitual headaches there is a significant worsening compared to non-habitual ones (70.7% vs 38.5%; p=0.003) regardless of the LBT result. Conclusion: The present study denies the existence of an association between LM and headache. We found that headache significantly worsened in patients usually suffering from headache, regardless LM. We think that this data should be considered, since we suppose that the onset of headache during a LBT could affect the correct execution of the test.

Lactose malabsorption (LM) consists in the incomplete absorption of lactose by enterocytes, mainly due to lactase deficiency on the brush border. The primary form of LM is genetically determined by polymorphisms of LCT gene located on chromosome 2 [1] and it is widespread with different features in several ethnic groups. While primary LM is often considered a genetic condition, LM could even be secondary to organic diseases affecting the small bowel such as coeliac disease, Crohn’s disease and parasitosis [2]. When incompletely digested and absorbed, lactose may be fermented by the gut microflora leading to an increased production of gases. On the other hand, the undigested lactose has an osmotic potential capable of attracting water into the intestinal lumen [3]. While generally well-tolerated, in a certain rate of lactose malabsorbers, these mechanisms may generate a group of symptoms (diarrhoea, abdominal pain, bloating, and flatulence) characterizing the so-called lactose intolerance (LI) [4]. Nowadays, lactose breath test (LBT) is the best tool to diagnose lactose malabsorption, since it combines good accuracy and low costs.

Migraine headache is characterized by intense throbbing or a pulsing sensation in one area of the head and is commonly accompanied by other symptoms such as nausea, vomiting, and extreme sensitivity to light and sound [5].

It is known that food intolerance can be a trigger factor for many migraineurs. For some people, intolerances are easy to recognize; they know that if they eat a specific food, even if it is a small amount, a migraine attack will follow within a given period of time. However, for most people it is more complicated as the intolerance may be disguised and may sometimes only produce mild symptoms, or they may have several different intolerances [6].

We often meet in our clinical practice patients referred by their General Practitioner to a Gastroenterologist for a suspected lactose intolerance with a reported headache. Since data about this specific association are lacking so far, we decided to investigate it through this perspective observational study.

The aim of our study was to evaluate the onset and severity of headache through a Visual Analogue Scale during a standard LBT.

We enrolled 93 consecutive (19M/74F, mean age 42 ± 16 yrs) outpatients who referred to our Gastroenterology Unit for the execution of a LBT.

Patients were asked to report on a 100 mm-Visual Analogue Scale (Figure 1) :

• The intensities of usual headache.

• Headache prior to 25 g lactose administration.

• We considered significant a positive differential VAS peak during the test >10 mm.

LBT was performed after an overnight fasting; subjects were asked to have a carbohydrate-restricted dinner on the day before the test and fast for at least 12 h to minimize basal H2 excretion. Exhaled air was collected with two-bag system, consisting of a mouthpiece, a T-valve and two collapsible bags (the first one collects alveolar air), at baseline and every 30 minutes for 4 hours after 25 g lactose assumption. Samples were analyzed immediately for H2 and CH4 with a Breath Tracker Quintron Gas Chromatograph (Quintron Instrument Company, Milwaukee, WI, USA). Results were expressed as p.p.m.

An increase in H2 >20 ppm within the fourth hour was indicative of lactose malabsorption [7].

All patients gave written informed consent, and the study was approved by the independent Ethics Committee of the Catholic University of Rome and conducted in accordance with the Declaration of Helsinki. Subjects did not receive any payment for the participation in the study. 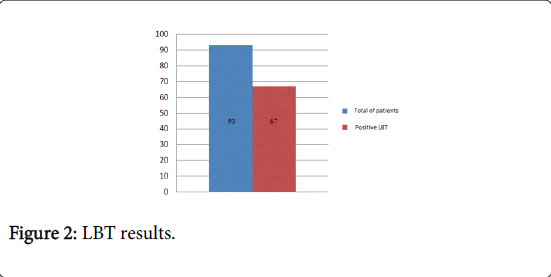 Interestingly when we divided the population between pts who usually suffering from headache (VAS>30 mm) (41 pts) with pts who do not suffered (VAS<30 mm) from headache (52 pts) we found a significant increase of headache regardless the results of LBT. A significant correlation was observed between habitual-headache VAS and headache-during-the-test VAS (r=0.313; p=0.02).

No significant correlations were observed between the VAS increase and H2 nor CH4 excretion peaks.

In this study, we investigate the onset and the intensity of headache during the execution of a LBT and the correlation with the test results.

We did not found any correlation between headache and the result of LBT. Although, we observed that the majority of patients undergoing a LBT complained of headache and the rate dramatically increased among the patients that usually suffer from headache.

Some evidence exists so far about the association of lactose malabsorption and neuromuscular symptoms. In the early 2000s, Matthews and Campbell [8] reported a case of a young patient with muscle pain and headache associated with a severe lactose malabsorption, whose symptoms quickly disappeared after the exclusion of lactose from his diet. The authors supposed that symptoms could arise from lactose or a bacterial metabolite produced by gut bacteria such as acetaldehyde, acetoin, butane 2,3 diol, dymethil dyoxal, ethanol, formate, propan 1,3 diol, indoles, skatoles, short chain fatty acids, or even hydrogen and methane themselves, possibly acting like toxins on ionic signalling pathways in the nervous system, heart and other muscles, and the immune system [9].

In a paper published in 2012 by Litschauer-Poursadrollah et al. [10], reporting the results of a study conducted on almost 2000 people, the Authors found that about 5% patients complain of fatigue and up to 10% patients complain of headache after the lactose test, irrespective whether the test was positive or negative. Hence, they supposed that the accumulation of toxic substances may be responsible for these symptoms.

As we just said, this phenomenon has recently opened some suggestive issues. Although, at the time, evidences are poor both from a quantitative and a qualitative point of view. The present study denies the existence of an association between lactose malabsorption and headache; though we found that headache significantly worsened in patients usually suffering from headache, regardless lactose absorption. Our study design cannot assess whether it happened because of lactose administration for testing purposes or not, since some strong confounders should be ruled out, first of all the prolonged fasting in a population with an unestablished risk of hypoglycaemia.

However, our study population faithfully reflects an every-day setting. We thereby advise that the onset of headache in patients used to suffer from this symptom should be taken into account and examined anamnestically before starting the test, since we suppose that it could affect patients’ compliance in the correct execution of the test and might lead to an overestimation of classic lactose intolerance symptoms. Moreover, headache could be a cause of premature suspension of the test. 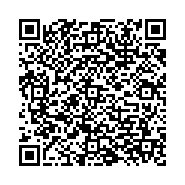