A dermoid cysts are benign congenital lesions of ectodermal origin not commonly seen in the mouth, however when presents as a swelling in the middle of the mouth floor and its developmental lesion usually due to retention of germinal epithelium during growth of branchial arches and Lower jaw. Usually diagnosed during the 2nd and 3rd decade of life and rarely seen in children. This is a case of 13 years old boy was presented with firm painless swelling in the floor of mouth extending into the submental space, dermoid cyst should be considered in the differential diagnosis as one of the lesions presented in any midline swelling. The main treatment is surgical excision using an intraoral approach to avoid scar extra-orally.

A 13 year old boy was referred to the oral and maxillofacial Clinic for an 8 month history of sublingual swelling. The father of the boy stated that the swelling noticed for few months as painless slowly growing mass under his tongue and below his chin. In meanwhile, the patient denied any other symptoms. Physical examination showed a soft, compressible midline sublingual and submental swelling, slightly elevating the tongue (Figures 1A and 1B). The overlying floor of mouth mucosa normal without alteration in salivary flow, submental swelling ill-defined with normal color skin. The computed tomography showed a large, midline lesion in the floor of the mouth, which appeared to be located in both sublingual and submental perforating the mylohyoid muscle (Figures 2A and 2B). The ultrasonic scan of the area demonstrated an infrasonic formation with distinct boundaries (Figure 3). Figure 3: The (Echo) ultrasonic scan of the area demonstrated an infrasonic formation with clear boundaries.

On clinical, ultrasonography, CT scan of the area, decision made to remove the lesion under general anaesthesia.

After discussion with parents, full explanation about the procedure, considering age of this patient and scar in the submental area a decision made to enucleate this lesion via an intra-oral approach under general anaesthesia, preparation for surgery done including consent from parents.

Enucleation of the cyst was performed under general anesthesia using intraoral approach with a midline vertical and mucosal incision along the ventral surface of the tongue, dissection slowly and protecting the submandibular gland thee cyst was sent to the pathology (Figures 4A-4C). Histopathology report confirms clinical diagnosis as dermoid cyst. Initial postoperative recovery uneventful and the boy discharged from the hospital the second day with oral antibiotics for 5 days and to be reviewed in the clinic regularly. Figure 4: A) Intra oral midline incision from the base of the tongue to the floor of the mouth providing exposure of the lesion, B) The surgical site after complete removal of the cyst, C) The cyst measured approximately 6.5 × 4 cm sent as specimen to pathology.

Dermoid cysts are developmental benign conditions that have potential to be found anywhere in the body, however majority of the cases reported in the midline of the body commonly reported in ovaries and testes, the head and neck area much less involved.

The suggested hypothesis for the origin of the dermoid cyst in the floor of mouth falls in the categories: congenital and acquired [7], the most widely accepted theory describes that the cyst results from entrapped midline ectodermal tissue during fusion in the third and fourth weeks in intra uterine life.

The arches thought to arise from first or post-traumatic implantation deep tissues injuries demonstrated as a result of accidental or surgical, whereas the lateral dermoid cyst is from the first branchial cleft [8,9].

Post-traumatic implantation deep tissue injuries demonstrated as a result of accidental or surgical [4,10]. Baker and Mitchell this tissue cavities theory by implanting skin in subcutaneous tissue of experimental rats, in which cystic cavities filled with keratin and hair [11].

Meyer classified the congenital floor of mouth cysts in to three different categories:

3. Teratoid is an epithelial lined cyst containing both epithelial and non-epithelial elements such as bone, muscle and gastrointestinal tissues [12,13].

According to the anatomical relationship between the floor of the mouth and the Dermoid cyst the cyst can be classified in relation to the mylohyoid muscle [7].

Clinically the picture of dermoid cysts usually present as painless slowly growing cystic lesion in the sublingual and or submental spaces with a doughy consistency often present where as those below the mylohyoid muscle in the submental area presents as asymptomatic swelling. In some cases they may cause dysphagia and dyspnea and respiratory distress, which may require Tracheostomy [6].

Diagnostic aids such as ultra sound, magnetic resonance imaging and computed tomography with or without contrast will help defining the size, extent and nature of the lesion [1,14].

Enucleation of the cyst through an intraoral or extra oral approach is the most commonly recommended treatment in the literature. However, marsuplization has also been proposed as a treatment alternative in cases of large cysts [16].

Depending on size, site of cysts usually intra-oral approach for small and moderate cyst (those of 6 cm and less) above the mylohyoid, where as those of large size (more than 6 cm) and below the mylohyoid and involving the submental and submandibular spaces.

In this case the lesion involving sublingual and submental space perforating the mylohyoid muscle and intraoral approach to get good cosmetic and functional effect, reported cases using intraoral approach in large dermoid cyst [13,17].

In this case the cystic lesion was large and measuring more than 6 cm and perforating the mylohyoid muscle, using a gentle l appropriate traction the cyst removed via an intraoral approach to avoid scar in the face.

Extra oral approach only limited to very large dermoid cysts and in case of infection involving both sublingual and submental spaces which affecting the patients airway [18,19].

An intra-oral approach when possible is recommended and extra oral approach should be limited to very large dermoid cyst perforating the mylohyoid muscle and infected ones.

Based on clinical presentation and behavior of the cyst without advanced investigation. Follow up is mandatory as there are cases reported with recurrence after excision and up to 5% of dermoid cysts undergo malignant changes in teratoid type [19-23].

Copyright: © 2017 Elarbi MS, et al. This is an open-access article distributed under the terms of the Creative Commons Attribution License, which permits unrestricted use, distribution, and reproduction in any medium, provided the original author and source are credited. 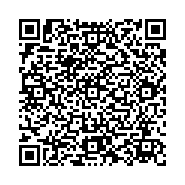