Worldwide, bladder cancer is the most common cancer, approximately accounting 386,300 new cases each year. The highest incidence rates are observed in the countries of Europe, North America, and Northern Africa. In this last area, the age standardized urinary bladder cancer incidence rates was evaluated at 14.5 in males and 2.4 in females [1]. In Morocco, according to the regional cancer registers, bladder cancer is the most common cancer with an incidence of 5.8 and 11.3 per 100,000 persons in Casablanca and Rabat, respectively [2,3].

Approximately 75% to 85% of bladder neoplasms are diagnosed to be superficial bladder tumors [5]. Most of these patients with papillary superficial UC (70%) will recur frequently, without developing an invasive neoplasm. Only 2% to 5% of Ta [6] and 20% to 30% of T1 [7] bladder tumors will invade the bladder muscle. The remaining 15% to 25% carcinomas are invasive (T2, T3, T4) or metastatic lesions at the time of initial clinical presentation.

There is a need for improved clinical stratification methods that can distinguish patients with early-stage disease from those with high risk of recurrence. Conventional methods, including urine cytology, histopathology, or tumor-node-metastasis classification, have numerous limitations in early detection and risk assessment.

Contrarily a large scale of novel molecular methods, such as detection of activating mutation and methylation profiling have shown promising results and may have a potential as bladder cancer biomarker with high specificity and sensitivity [8]. Subsequent larger studies point out to the relevance of mutation of bladder cancer [9-11].

Mutations of FGFR3 were identified in a great portion of bladder carcinomas and at low frequency in cervical urothelial cell, and colorectal carcinomas. Many of these mutations occured at highly conserved sequences in the Ig-like domain III. In non-muscle invasive bladder tumors, mutated FGFR3 leads to constitutive activation of the RAS-MAPK-pathway and consequently to an augmented transduction of growth signals [12,13]. These mutations are found in approximately 70% of low-grade Ta and to a much lower extent of 10-20% in muscleinvasive bladder cancer [14,15].

Somatic FGFR3 mutations in bladder tumors were localized in exon 7, 10 and 15 [16,17], and were shown to occur frequently in low stage and grade tumors [18] (Knowles MA, 2008). It has been shown that FGFR3 mutation analysis in urine samples from bladder cancer patients was possible to detect recurrent tumors [19,20] and the screening for the presence of reccurences using urine-based assays can potentially improve quality-of-life and reduce disease management costs [21,22]. Therefore, detection of FGFR3 mutations in urine could also be employed for general population screening aimed at early detection of primary tumors.

HRAS mutations predominate in bladder cancer and vary widely from 0% to 45% between studies [23,24]. In most cases including bladder cancer, the somatic missense Ras mutations found in cancer cells introduces amino acid substitutions at positions 12, 13, and 61. These changes impair the intrinsic GTPase activity and confer resistance to GAPs, thereby causing cancer-associated mutant Ras proteins to accumulate in the active, GTP bound conformation [25].

These mutations have been shown to occur in all stages and grades [26]. In addition, it has been reported that RAS and FGFR3 mutations were mutually exclusive [26]. Preliminary results show that a combined test for mutation of FGFR3 and HRAS could potentially detect 75% of primary tumours; including 88% of the pTa-T1G1-2 tumors but only 36% of the high-grade and –stage malignancies [15].

The relationship that exists between FGFR3 and HRAS guide us to conduct the present study which aims to determine the incidence of FGFR3 and HRAS mutations in bladder tumors in Morocco. To investigate the potential of these alterations as markers for noninvasive detection of bladder cancer, we explore whether these molecular events can be detected in urine sediments of bladder cancer patients. The presence of FGFR3 and HRAS mutations and their correlation with clinic-pathological parameters were also analyzed in this study.

Characteristics of the patients and tissue samples

DNA from Forty two patients with bladder disease was available from our laboratory DNA bank. The study design and population has been previously described [27]. Briefly bladder cancer patients underwent transurethral resection of bladder tumor (TURBT) from January 2010 to June 2011, at the Urology department of Military Hospital of Instruction Mohamed V (MHIMV) in Rabat, Morocco. The mean age of these patients was 64.8 ± 10.1, the median age was 67 years (range 42-84) and 38 of them were male (male:female 7.6:1). Paired tumor and urine samples were collected.

The corresponding hematoxylin-eosin-stained sections were examined at the Anatomopathology department at the same hospital; all the samples were confirmed to be histologically urothelial carcinoma (UC) of bladder. Tumors were graded according to the WHO (World Health Organization) criteria [28] as follows: 13 tumors were low grade and 29 tumors were high grade; and staged according to the TNM (Tumor Node Metastasis) guidelines [29] as follows: 9 pTa, 25 pT1, 7 pT2 and 1 pT4. Four DNA from urinary inflammatory lesions and Forty DNA blood samples from healthy volunteers were included as controls.

DNA amplification was performed on Gen Amp PCR system 9700 appartus (Applied Biosystems) under the following conditions: 9 min at 95°C fo initial denaturation, 35 cycles of 30s at 94°C for, 30s at specific annealing temperature of each primer set (Table 1) and 30s 72°C, followed by a final elongation step of 7 min at 72 °C. Water was used as negative control. Ten μl of PCR products were loaded into 2% agarose gel and sperated by electrophoresis in TBE buffer. The gels were then stained with ethidium bromide and visualized under UV illumination.

The sequences obtained were then matched with gene reference sequence collected from the GeneBank database. The sequence aligenment was performed using Clustal W program in BioEdit Software. According to the position of targeted mutation, we used either forward or reverse primer in sequencing. If a mutation was identified, matched DNA urine sediments were also sequenced. Results were confirmed by sequencing both strands.

The association between mutations and stage/grade was evaluated by calculating p values according to χ2 test using MedCalc version 9. P<0.05 was considered significant.

Oncogenic mutations of FGFR3 and HRAS in bladder cancer cases

Exon 7, 10 and 15 of the FGFR3, and exon 1 and 2 of the HRAS genes were screened for mutations in DNA from 42 bladder cancer cases and there paired urine sediments. The various FGFR3 and HRAS mutations identified are listed in Table 2.

Table 2: Frequencies of individual mutations of GFR3 and HRAS genes in primary tumors of 42 patients.

In total, 38.1% (16/42) of the analyzed tumors had mutation of either HRAS gene or FGFR3 gene. All the mutated cases harbored no more than one mutation and the FGFR3 mutations were mutually exclusive with HRAS mutations. .

No mutation was detected in the four urinary inflammatory lesions and control cases for both FGFR3 and HRAS genes.

Association between mutations and clinicopathological parameters

In our studied cohort, thirty-four of 42 studied bladder tumors (80.95%) were non muscle invasive tumors (9 pTa and 25 pT1), whereas 8 tumors (19.05%) were muscle invasive tumors (7 pT2 and 1 pT4). This distribution of tumors in our study was consistent with previous epidemiological studies on the stage, supporting the validity of our cohort of patients.

Mutations in urine samples from patients with bladder cancer

In urothelial tumors somatic mutations in the FGFR3, HRAS, NRAS, KRAS and PIK3CA genes may be of use for early detection of primary and recurrent tumors in urine-based assays, for prognosis prediction, and as a companion diagnostic for targeted therapies [15]. In view of these findings, we investigated the incidence of FGFR3 and HRAS genes mutations in bladder cancer from Moroccan patients and to our knowledge, this is the first study investigating mutations in both FGFR3 and HRAS genes in bladder cancer in North Africa. We found that FGFR3 gene mutations are a frequent event occurring in bladder carcinomas and are similar in terms of frequency with previous studies [31]. Indeed, we found tree somatic point mutations of FGFR3 gene (R248C, S249C and Y375C) in 28.6% of bladder tumors (12 of 42). The three mutations detected in our patients group which induce strong constitutive activation of the receptor, were also identified previously in different series of bladder cancer patients [15]. Among the mutated cases, S249C mutation was predominant (75%) which is consistent with other reports [15,26,31]. The mutations were significantly associated with low-grade (p=0.045) and low-stage (p<0.001) and distribution of the mutations among different domains of FGFR3 was in accordance with the most of previously published data [32]. Since the FGFR3 activation is a key event in the development of noninvasive bladder tumors [32] and that FGFR3 mutations in bladder cancer are related to low stage and grade, they make FGFR3 the first marker for non-aggressive disease.

In bladder cancer, the common HRAS gene mutations occur in the hotspot codons 12, 13 (exon1), or 61 (exon2). These mutations cause specific substitutions to amino acid and result in the loss of GTPase activity [35]. This enzyme enables hydrolysis of RAS protein from active conformation (RAS-GTP) to inactive form (RAS-GDP). In the lack of GTPase activity, the active form is permanently maintained, thereby inducing activation of downstream kinase cascades that results in continuous mitogenic signaling leading to uncontrolled cell division and the formation of a tumor [36].

As for RAS, upstream FGFR3 is also able to activate the MAPK signaling pathway. Superficial papillary tumors are characterized by a high frequency of FGFR3 mutations [24,34] leading to constitutive activation of the RAS-MAPK pathway [12,13]. In our study, as well as in other, FGFR3 and HRAS mutations were mutually exclusive in bladder cancer, probably due to their redundancy in the same signaling pathway [26].

Cytology is the non-invasive test widely used for patient follow-up, whereas this method had several limits in detection of non-muscle invasive bladder cancer [37]. Numerous studies have shown that it is possible to detect bladder oncogene mutations in DNA isolated from urine sediments [33,38]. In our study, the sensitivity of mutation identification is the fraction of mutations detected in urine divided by mutations found in tumor biopsies. The FGFR3 mutation is detected in 58.3% of urine samples. This frequency is comparable to other studies [33]. For the HRAS gene mutation, the sensitivity in the present study (50%) was higher than previous reports [38,39]. In some cases, mutations were detected in tumors but not in the corresponding urine. DNA isolated from urine sediments may not be sufficient for a molecular analysis due to the limited numbers of bladder tumor cells exfoliated in urine [33].Thus, tumor cell population should be enriched for a better outcome in detection of molecular events. This may be achieved either by improving the procedure for urine sampling or by using filter devices or antibody-based assays to selectively capture the tumor cells [40,41].

Copyright: © 2015 Berrada N, et al. This is an open-access article distributed under the terms of the Creative Commons Attribution License, which permits unrestricted use, distribution and reproduction in any medium, provided the original author and source are credited. 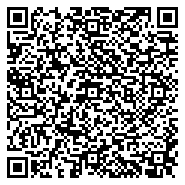