Nanostructured and Nanoparticulate Metals: Redefining the Field of Medical Devices

Copyright: © 2013 George E, et al. This is an open-access article distributed under the terms of the Creative Commons Attribution License, which permits unrestricted use, distribution, and reproduction in any medium, provided the original author and source are credited.

Metals have been a crucial part of medical devices since ancient times; for example, ancient civilizations such as the Phoenicians, Etruscans, Greeks, Romans, Chinese, and Aztecs used gold in dental applications as far back as 2700 BC [1]. Metals are vital for various medical device applications from orthopedic implants to vascular stents due to their attractive physical properties, such as mechanical strength, resilience, and flexibility. However, metals are generally regarded as bio-inert, which was suitable several decades ago, but today it is clear that for the field of medical devices to advance, we need bioactive metals which promote desirable cellular responses. To help achieve such bioactive properties without sacrificing mechanical properties (as is done by the selection of ceramics and polymers for certain medical device applications), the use of nanostructured and nanoparticulate metals has emerged. A multitude of research and discovery is currently being done in the field of metallic nanostructures and nanotechnology. Research in the nanotechnology field is growing at rapid speed do to the fact that nanomaterials show promise to improve a vast array of material properties [2]. A nano material can be described as a material having features less than 100 nm [2,3]. Due to greater surface area, the result of this nanoscale is the potential to achieve unique mechanical, optical, electrical, and magnetic properties as well as enhance biological interactions [2,3]. By combining nano-structured metals in medical devices, novel products are being developed that are stronger, lighter, and more biocompatible. This paper seeks to review some of the current uses of metal nanostructures in the medical field, including the treatment of metallic surfaces to create nanoscale surface features and the use of metal nanoparticles to aid drug delivery as well as medical device construction.

Creating nanostructures on metals increases the effective surface area and, thus, can drastically alter biological surface interactions of the metal implant. This change in effective surface area is due to an increase in surface to volume ratio [4-6]. The changes in biological surface interactions can be attributed to this increased surface area and enhanced protein interactions with the nano surface [7]. The two main methods for creating a nanostructured surface include the deposition of nanoparticles or surface etching. Deposition includes precipitation of nano particles on the surface of a metal, deposition of nanoparticles out of a colloid solution onto metal surfaces, and/or eletrospraying or electrospinning onto the surface of the metal [8,9]. Surface etching is usually achieved through chemical means. One example of chemical etching is the formation of nano-tubular structures on titanium through anodization (Figure 1) [10]. Figure 1: Separation of nano-pores to form individual nano-tubular oxide layer during anodization ofTi. (a) Top view of individual nano-tubes after anodization, (b) Side view of the nano-tubes after anodization and (c) Schematic illustration of pore separation mechanisms. Cation vacancies generated by dissolution of Ti cations are transported radially from the two sides of a common wall of the neighbor pores. Charges of similar polarity repel and when electrical neutrality is not maintained, this repulsion causes separation of pores into individual nanotubes as seen in (b) [11].

It has been shown that through the use of an anodization process, titanium surfaces can be chemically etched in a controlled way to produce nano-tubular structures of titanium oxide [11]. The size of the nanotubes can be tuned by changing voltage used during the anodization process [6]. Anodized nano-tubular titanium has been shown to have a wide array of applications and due to the ease with which the nanotube size can be altered, cell-surfaces responses have the potential to be tuned to correspond to desired outcomes. The resulting surface can both promote the adhesion and proliferation of bone forming cells, as well as prevent bacterial adhesion and proliferation without the use of pharmaceutical agents [10,12,13]. Moreover, 20 nm sized titanium nano-tubes can promote urothelial cell (bladder cell) density, and thus create more efficient bladder stents. Anodized titanium even has the ability to control stem cell differentiation by simply altering the size of the nano-tube formed on the titanium surface [6].

In addition to the use of nanostructures on metallic surfaces, metallic nanoparticles are also being widely used in medicine due to their much higher surface areas per volume than their micron particulate counterparts; this results in a large range of biological interactions when implanted in the body [3,14]. Two major advantages of nanoparticles are that they can be designed to pass through pores in extra cellular membranes and/or designed to circulate in the body for longer periods of time without being removed and/or exceeded by the same process that removes analogous macro-sized particles [15]. Inorganic metal oxide nanoparticles, such as ZnO, MgO, TiO2 and SiO2,have been exploited for their antimicrobial properties and selective toxicity towards cancer cells [3]. In addition, various work has been completed to incorporate metals into nano-spheres for various medical purposes. Specifically, Li et al. have developed hybrid polymermetal nanospheres, utilizing highly branched gold nanoparticles, for use as a highly selective detector for cancer cells [16]. For example, Li et al. leveraged the unique optical properties of highly branched gold nanoparticles and the excellent cell targeting ability of folic acid (Figure 2) [16]. 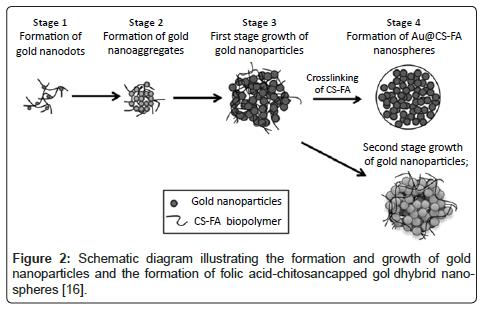 Figure 2: Schematic diagram illustrating the formation and growth of gold nanoparticles and the formation of folic acid-chitosancapped gol dhybrid nanospheres [16].

Additionally, iron based magnetic nanoparticles may hold the key for highly directed delivery of various drug treatments, in situ diagnosis through the study of cellular movement, and a highly focusable antimicrobial treatment. These nano particles offer a means to combat antibiotic resistant strains of bacteria that are less prone to new strains of drug resistant microbes. Magnetically directed nanoparticles hold great promise since they are small enough to be carried by the blood stream, but localized enough to be directed to a desired area through an external magnetic field [17]. Studies by Jaber et al. investigated a novel way to synthesize H3PMo12O40 and Fe3O4@SiO2/poly(N-isopropylacrylamide) as a nano drug particle and as a magnetically active thermally responsive nano-carrier, respectively [18]. Jaber et al. found that they could essentially “tune” drug release by controlling the drug particle size, the magnetic field, the temperature of the released medium, and/ or content of the loaded drug [18]. Additional work by Taylor et al. has shown that the use of superparamagnetic iron oxide nanoparticles (SPION) containing additional iron, silver, or zinc were able to reduce planktonic Staphylococcus aureus (S. aureus) growth and separate free floating S. aureus from growth media in the presence of a magnetic field [19]. Additionally, this study showed that standard antibiotics such as penicillin, oxacillin, gentamycin, and streptomycin increased the formation of antibiotic resistant bacteria-biofilms while the SPIONs in the study were able to reduce the generation of this drug resistant biofilm (Figure 3) [19]. These same SPIONs also showed indications of therapeutic value to orthopedic tissues repair [19]. Figure 3: Studies were conducted to determine the activity of antibiotics versus antimicrobial conjugated SPION. It was determined that antibiotics consistently decreased planktonic bacterial growth, and yet biofilm formation was either not affected, or, more frequently, increased in every case except vancomycin. SPION formulations inhibited planktonic growth, especially through conjugation of antibacterial metal ions, and also blocked biofilm formation. SPION could also be controlled in a magnetic field, for possible concentration at the site of infection, or separation of free-floating bacteria. Therefore, SPION exhibited crucial multifunctional behavior outperforming antibiotics towards the clinical treatment of device related infections [19].

In addition to their use as standalone particles, metallic nanoparticles may be embedded into polymers to improve medicine. Such devices will benefit from the properties of the embedded metals, such as antimicrobial properties or cell promoting properties, while retaining many of their initial properties, such as material strength and flexibility [20]. Specifically, silver, silver oxides, and silver alloys have been used for many years as an antimicrobial surface and/or as a surface coating for a variety of biomedical devices, and thus the logical next step is to impregnate devices with this antimicrobial agent [21]. Studies have shown that devices such as catheters and medical dressings effectively possessed bacteria resistant properties, including methicillin-resistant Staphylococcus aureus (MRSA), when silver nanoparticles were incorporated [22,23].

It is clear after centuries of use that metals are a critical component to the medical device field and to the healthcare system as a whole. While many in the research and the commercial field have sought to discard metals due to their lack of proactive cyto compatibility properties, nanotechnology has provided new life to these old materials. Advances in nanotechnology have helped make metallic nanostructures and metallic nanoparticles extremely powerful and useful in the medical field. They can promote the growth of wanted cells, such as bone forming cells, bladder cells and/or stem cells. They have been shown to reduce the growth of unwanted cells, either by promoting desired cell attachment to a cell surface to exclude unwanted cells and/or preventing bacterial adhesion and/or proliferation. Overall they offer the possibility for medical devices with longer functional lifetimes and improved outcomes. As discoveries continue at the intersection of metals and nanotechnology, it is clear that nanostructured metals and metallic nanoparticles will be increasingly used to improve disease prevention, diagnoses, and treatment. 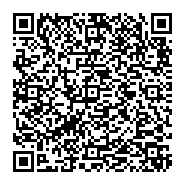