Nasal lobular haemangioma is a rare benign tumour of the Sino nasal tract. Sino nasal involvement though very rare must be always kept in mind as a possibility CT scan with contrast is mandatory when we are suspecting haemangioma. Endoscopic excision is the treatment of choice. With the advancement of various radiological and pathological studies, diagnosis can be easily established.

Nasal lobular haemangioma is a rare benign tumour of the Sino nasal tract [1]. The exact aetiology of this condition is unknown. Though Head and Neck is the most common location of these tumours, involvement of Sino nasal tract is very rare. The most common sites of these tumours are gingiva, lips and tongue. These are rapidly growing hyper vascular lesions. The clinical features, radiological features and pathological findings are described in this report to differentiate it from other common pathologies like angiofibroma and Sino nasal angiomatous polyposis.

15 years old female patient presented to the Department of ENT with complaints of nasal obstruction left nasal cavity with one episode of nasal bleeding that lasted for 15-20 minute as the bleeding stopped spontaneously after applying pressure on the nose. On local nasal examination, it was found that a pale smooth surfaced mass with anterior bleeding point was seen filling the left nasal cavity. The mass was mobile and appeared pedunculated with its base attached to the lateral wall of nose. On probing the mass was non-tender and was bleeding. Mucosa was normal on the right side. No post-nasal bleed was found on examination of the throat.

Antrochoanal polyposis with infection was suspected. Patient was immediately admitted and urgent CT scan of Para nasal sinuses with contrast was done. CT scan of the patient revealed a lobulated, wellcircumscribed, intensely enhancing soft-tissue mass filling the left nasal cavity. Epicentre of the lesion was seen to be in the nasal cavity and it was closely attached to the middle turbinate with no erosion or remodelling of underlying bones. A diagnosis of haemangioma or angiofibroma was made (Figures 1 and 2).

Considering about the history of these tumours, Lobular capillary haemangioma was first described in the year of 1897 by Doncet, where they referred to these tumours as small vascular tumours. They called these lesions botryomycosis hominis and thought it to arise secondary to fungal infection [2]. Nasal lobular capillary haemangioma was also called as previously as pyogenic granuloma. These tumours usually appear as smooth polypoidal lesion which bleeds on touch. In our case there was no surface ulceration seen. The excised mass was sent for histopathological examination. On microscopic examination, numerous capillary lobules are seen. The most important differential diagnosis for these tumours is the angiofibromas. Nasal lobular capillary haemangioma generally rise from the nasal septum (predominantly from the Little’s area) or from turbinates on the roof of the nasal cavity or in the maxillary sinus [3]. But in our case, the haemangioma was found to be arising from the middle turbinate area, which is also described to be a rare presentation.

Lobular capillary haemangioma have no specific sex predominance and usually it presents in the childrens. The exact aetiology is still unknown. Recurrent nose picking or nasal packing may play a role in development also it is commonly found in pregnant women and female on oral contraceptive pills and shows a strong association with trauma and hormonal influences on its development. In our case the age of the patient was 15 years, no history of any hormonal disturbance, patient was not on any oral hormones or any other medications. Also patient had only one episode of epistaxis during the time of presentation.

Imaging of lobular nasal capillary haemangioma is usually by contrast enhanced CT of Para nasal sinuses where the scan generally reveals a soft-tissue enhancing mass with or without associated bony destruction. On plain CT nasal lobular capillary haemangioma appear as well-defined soft-tissue mass, which shows intense enhancement on post contrast study. Lobular nasal capillary haemangioma can cause bony destruction. CT plays an important role in ruling out any destruction of the bony structures, invasion to adjacent Para nasal sinuses or intracranial extension [4]. The most common differential diagnosis are angiofibroma, angiomatous polyp, and also the patient is a female hence chances of juvenile nasopharyngeal angiofibroma can be easily ruled out.

The patient was prepared for surgery; careful endoscopic excision of mass was done. The polypoidal mass was sent for histopathological examination. The underlying stroma shows dense fibrosis and lobules of small capillaries lined by flattened epithelium and filled with blood. The surrounding inflammatory infiltrate comprised of lymphocytes, eosinophil, plasma cells, and neutrophils these findings led to a diagnosis of lobular capillary haemangioma.

The various other causes of haemangioma such as pregnancy, hormonal factors will usually get corrected after child birth or correcting hormonal imbalance. Thus when we are encountering a smooth polypoidal mass attached with the septum or roof of nasal cavity or the middle meatus, chances of lobular capillary haemangioma must also be kept in mind.

Thus lobular capillary haemangioma are one among the tumours of head and neck with commonest presentation over gingiva and tongue. Sino nasal involvement though very rare must be always kept in mind as a possibility CT scan with contrast is mandatory when we are suspecting haemangioma. Endoscopic excision is the treatment of choice. With the advancement of various radiological and pathological studies, diagnosis can be easily established.

Copyright: © 2015 Manickam A, et al. This is an open-access article distributed under the terms of the Creative Commons Attribution License, which permits unrestricted use, distribution, and reproduction in any medium, provided the original author and source are credited. 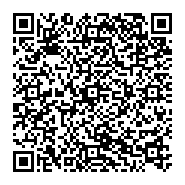