Neonatal Obstetric Trauma in a Hospital in the Suburbs of Dakar, Senegal

Copyright: © 2017 Diouf JB, et al. This is an open-access article distributed under the terms of the Creative Commons Attribution License, which permits unrestricted use, distribution, and reproduction in any medium, provided the original author and source are credited.

Introduction: Neonatal obstetric traumas remain an important cause of morbidity-mortality. The objective of this study was to study obstetric traumatic lesions of the new-born in the paediatric department of the Centre hospitalier Roi Baudouin. Patients and method: This was a descriptive retrospective study of new-borns with obstetric trauma received at the Centre hospitalier Roi Baudouin’s paediatric ward over a 12-month period. The variables studied were maternal (age, parity, presentation, mode of delivery and place of delivery,) and neonatal (birth weight, type of lesion and diagnosis time). Results: Out of the 1426 new-borns received during the study period, 60 had trauma, a hospital frequency of 4.2%. The average age of new-borns for consultation was 8.85 days. The known and found contributory factors were: birth weight greater than 3500 g and the absence of cry at birth. Births were delivered by midwives (80%), the hospital was the main place of birth (61.7%). The main clinical presentations were: neonatal brachial plexus palsy (38.3%), fracture of the clavicle (33.3%) and caput succedaneum (13.3%). Conclusion: New-born obstetric trauma are relatively frequent at the Centre hospitalier Roi Baudouin The diagnosis is delayed due to a lack of proper examination of the new-born in the delivery room. Systematic examination of new-born at birth would be a reliable means for the detection and early management of this condition.

Traumatic lesions are one of the major causes of neonatal morbidity in developing countries. They are often attributable to physical assault during labor. The causal or contributory role of adverse obstetric factors and role and competencies of health workers is clearly evident. Diagnosis involves careful examination of the new-born in the delivery room and the prognosis depends on the precocity of the treatment and the severity of the lesions. Their prevalence is variously appreciated and varies according to the studies. In fact, little work has been done on neonatal obstetric trauma, particularly in Africa. Keita in Guinea Conakry, found in 2002 a frequency of 21.18% and 5.50% compared to hospitalizations and consultations of children with obstetric trauma [1]. Similarly Hermann in Cameroon found in 2014 a hospital frequency of 1.84% of obstetric trauma [2]. In Senegal, a study carried out at the Centre hospitalier Abass Ndao in 2001 on traumatic lesions of the new-born after forceps delivery reported a mortality rate of 10.44% [3]. Guèye, in a study carried out at the Hospital principal in Dakar in 2004, found a prevalence of traumatic lesions of 3 per 1000 in the new-born [4].

We conducted a descriptive retrospective study during 12-month from 1 July 2014 to 30 June 2015 at the Centre hospitalier Roi Baudouin. This health facility is located in Guédiawaye, which is one of the four departments in the Dakar region.

The study population consisted of children with any type of obstetric trauma.

The following variables were studied:

• Gestity: the number of pregnancies.

• The number of prenatal consultations.

• The qualification of the birth attendant.

• The term of pregnancy established from the date of the last menstruation or from the early ultrasound.

• The mode of presentation: cephalic, breech.

• The Apgar score in the 5th minute divided into 3 groups: Apgar lower than 4, between 4 and 7 and higher than 7.

• The cry of the new born at birth.

• Birth weight assessed within one hour of birth using a scale of 10 gram precision.

• The age of the child at the time of diagnosis.

The data were entered in the Microsoft Office Excel software and analysed by the SPSS.20.0 software. In the analysis a descriptive and analytical study was made. The threshold of significance of the tests was set at 5%.

The average age was 27 years with extremes ranging from 18 to 40 years. The age group of (23-27) is more representative with 30%. Most women (31.7%) were primigravida while pauciparous women accounted for 51.7% and primiparous women 30%. Regarding the follow-up of pregnancy, (Table 1) the majority of women (76.7%) received proper follow-up with a number of prenatal consultations higher than 3; Seventy percent (70%) received at least 2 doses of tetanus toxoid vaccine and 91.7% had a biological and ultrasound assessment.

Childbirths occurred in born in 61.7% of cases. 80% were performed by midwives, 16.6% by medical officers and 1.7% by nurses or matrons. There was no statistically significant relationship between the occurrence of lesions and the qualification of the birth attendant (p=0.962). The majority (95%) of women had given birth at term and cephalic presentation was predominant (96.7%). Vaginal deliveries accounted for 90%, instrumental extraction 6.7%, and caesarean section 3.3%.

The woman’s perineum was intact in 53.4% of cases while in 23.3% there was a perineal laceration or galling. Similarly, an episiotomy was performed in 23.3% of cases. The majority of children (43.3%) had an Apgar score between 4 and 7 at the 5th minute of life. Birth cry were present in 80% of cases, and there was a statistically significant relationship between the absence of cry at birth and the occurrence of neonatal obstetric trauma (p=0.019). With regard to the new-born, 60% of the children had a birth weight higher than 3500 grams and there was a statistically significant relationship between a birth weight greater than 3500 grams and the occurrence of a neonatal obstetric trauma (p=0.011). The average age of newborns at the time of diagnosis was 8.85 days with extremes ranging from 1 to 41 days.

The most significant trauma in neonates was the neonatal brachial plexus palsy (38.3%), clavicle fracture (33.3%), and caput succedaneum (13.3%). Femoral fracture, sternocleidomastoid haematoma and facial paralysis were less frequent and each represented 1.7% (Table 2).

Our aim was to study the epidemiological characteristics of newborns with obstetric traumatic lesions and those of their mothers in order to identify the risk factors and associated factors with these lesions (Table 3). Thus, it was noted a hospital frequency of 4.2% for traumatic obstetric lesions. It is higher than the literature found in lot of african hospital [2,4]. On the other hand, it is lower than that found in Guinea which was 21.18% and 5.50% compared to hospitalizations and consultations of children with obstetric trauma [1]. This high frequency observed in our study and that of Guinea can be explained by the fact that these series deal with trauma in relation to all newborns received in consultation and / or hospitalization and not in relation to all live births during the study period (Figure 1). 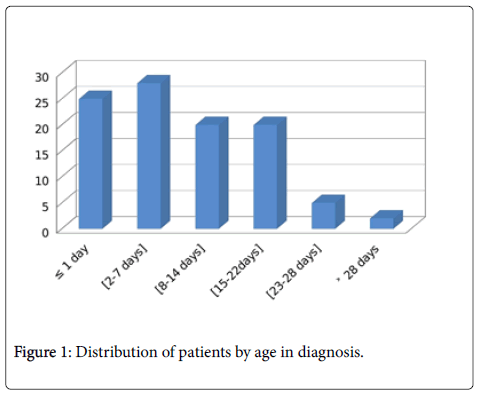 Figure 1: Distribution of patients by age in diagnosis.

The average age of mothers was 27 years with extremes varying between 18 and 40 years. The age group of (23-27) is more representative with 30%. These results are similar to those found in other series [4-6]. These similar averages correspond to the period of genital activity and do not constitute a factor favouring obstetric trauma. No link was found between the occurrence of a lesion and an age group in our series.

In our study, the mean parity was 2.4. Pauciparous women accounted for 51.7% while primiparous women 30%. Primiparity is considered to be a factor that contributes to obstetric trauma especially if it is associated with other factors such as macrosomia and shoulder dystocia [7-9]. Despite the high number of primiparas and pauciparas in our study, we did not find any link with the occurrence of neonatal obstetric trauma.

The majority of mothers (76.7%) received proper follow-up with more than 3 PNCs, seventy percent (70%) of women had received at least 2 doses of TTV and 91.7% had undergone a biological assessment and an obstetric ultrasound. These results indicate that most mothers had a relatively correct follow-up of their pregnancy in our conditions.

A proper follow-up of pregnancy with early detection of fetal-pelvic disproportions can help prevent the occurrence of obstetric trauma.

In our study, the majority of women (61.7%) had given birth in hospitals. The delivery was performed by a midwife in 80% of cases and a medical officer in 16.6%. In one study in Cameroon, deliveries were performed at 44.3% by nurses and the health centre was the main place of delivery (42.8%) [2]. For Keita in Guinea, the delivery was performed in 59% by midwives and 38.8% by obstetricians [1].

We identified a birth weight greater than 3500 grams as a factor associated with the occurrence of obstetric trauma (p=0.011). In Senegal, Guèye M. in 2003 found a percentage of 2.98% in macrosomia and 8.95% in hypotrophy [4]. Ndiaye et al. had found a prevalence of 2.7% for the low weight new-born and 10.8% for macrosomia [3]. Obstetric trauma is favoured by macrosomia, macrocrania and fetalpelvic disproportion [10].

In our study, 20% of new-borns had not screamed at birth. The absence of cry at birth was identified as a factor associated with the occurrence of neonatal obstetric trauma (p=0.019). Similarly, 43% of the new-borns had an Apgar score between 4 and 7 at the 5th minute of life and in 5% of the new-borns; this score was less than 4. For Guèye, more than half of new-borns (75%) had fetal distress [4].

Holden et al. [10], in a 6-month study in England, found 43% of fetal distress in new-borns with trauma. Obstetric trauma is often associated with perinatal asphyxia [11].

In our study, 58 new-borns were born vaginally and 2 by caesarean section. Of the neonates born vaginally, 4 were extracted through vacuum. Similarly, 53.4% of women had delivered with an intact perineum.

The diagnosis of obstetric trauma should be performed in the delivery room and systematic examination of the newborn at birth would be a reliable means for the detection and early management of this pathology (Table 4).

Table 4: Distribution of the different obstetric lesions based on authors.

This study shows that the prevalence of obstetric traumatic lesions remains high in neonates in the Dakar suburbs. A birth weight greater than 3500 grams and an absence cry at birth are the factors associated with the occurrence of these lesions. The diagnosis is delayed due to a lack of proper examination of the new-born in the delivery room. Systematic examination of the new-born at birth would be a reliable means for the detection and early management of this pathology.